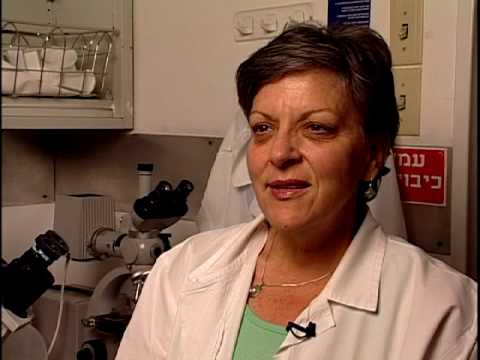 For the first time since the Hebrew University of Jerusalem’s medical faculty was established in 1949, a woman has been named as its head. Prof. Dina Ben-Yehuda will be the second woman to head an Israeli medical school, after Prof. Rivka Carmi – now president of Ben-Gurion University of the Negev – was named dean of BGU’s Faculty of Health Sciences in 2000. Ben-Yehuda, director of hematology at the Hadassah University Medical Center, will take office as the 23rd dean of Hebrew University’s medical faculty on October 1. She will succeed Prof. David Lichtstein, who held the position for four years. A graduate of the BGU Health Sciences Faculty, Ben-Yehuda completed her internship in internal medicine and hematology at Hadassah and her research at the Center for Cancer Research at Memorial Sloan-Kettering Hospital in New York City. Upon her return to Israel in 1992, Ben-Yehuda established a lab for the diagnosis and research of malignant hematological diseases. A decade ago, she was appointed professor at the medical faculty and since 2002 has been running the hospital’s hematology department. She is involved in innovative research in the treatment of malignant cells using nanoparticles of a protein inhibitor in combination with extensive clinical work. The new dean is the mother of three girls and is married to Prof. Arie Ben-Yehuda, head of Hadassah’s Department of Internal Medicine. Dina Ben-Yehuda lost her oldest brother to cancer when he was seven years old. The family tragedy was a formative event that led to her decision to study medicine. During the Yom Kippur War, she coordinated the treatment of casualties for members of the Armored Corps and their families and was awarded the Chief of Staff’s Medal in 1967. “Our faculty is unique in that it trains medical professionals: researchers, pharmacists, specialists in public health, occupational therapists and nurses,” Ben-Yehuda said. “Only with the cooperation of all sectors, including students, can we train the next generation of medical professionals and give them the ability to understand the nature of the profession, while striving for knowledge, professionalism and respectful and ethical behavior in the process of medical treatment.”