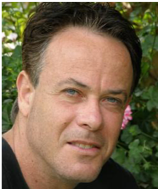 Elie Podeh is Bamberger and Fuld Professor in the History of the Muslim Peoples in the Department of Islamic and Middle East Studies, the Hebrew University of Jerusalem

He completed his Ph.D. at Tel-Aviv University in Middle East studies in 1991 and his post-Doctorate at Cornell University in the USA 1992-93. His main fields of interest are Egypt, inter-Arab relations, education and culture in the Middle East, Arab-Israeli relations, Israel’s foreign policy.

He has published and edited thirteen books and more than seventy academic articles in English, Hebrew and Arabic. His recent publications: Multiple Alterities: Views of Others in Middle Eastern Textbooks (edited with Dr. Samira Alayan, London: Palgrave/ Macmillan, 2018); The Third Way: Protest and Revolution in the Middle East (Jerusalem: Carmel, 2017) [edited with Prof. Onn Winckler, in Hebrew]; Chances for Peace: Missed Opportunities in the Arab-Israeli Conflict(Austin: University Press of Texas, 2015; paperback edition, 2016). Recently he has completed a book in Hebrew on Israel’s secret relations with states and minorities in the Middle East since 1948, which will be published by Am Oved.

Prof. Podeh is a frequent commentator on Israeli and Middle Eastern current affairs in the media in Hebrew and English (particularly published articles in Ha’aretz, Jerusalem Post, Zman Israel, Mitvim).