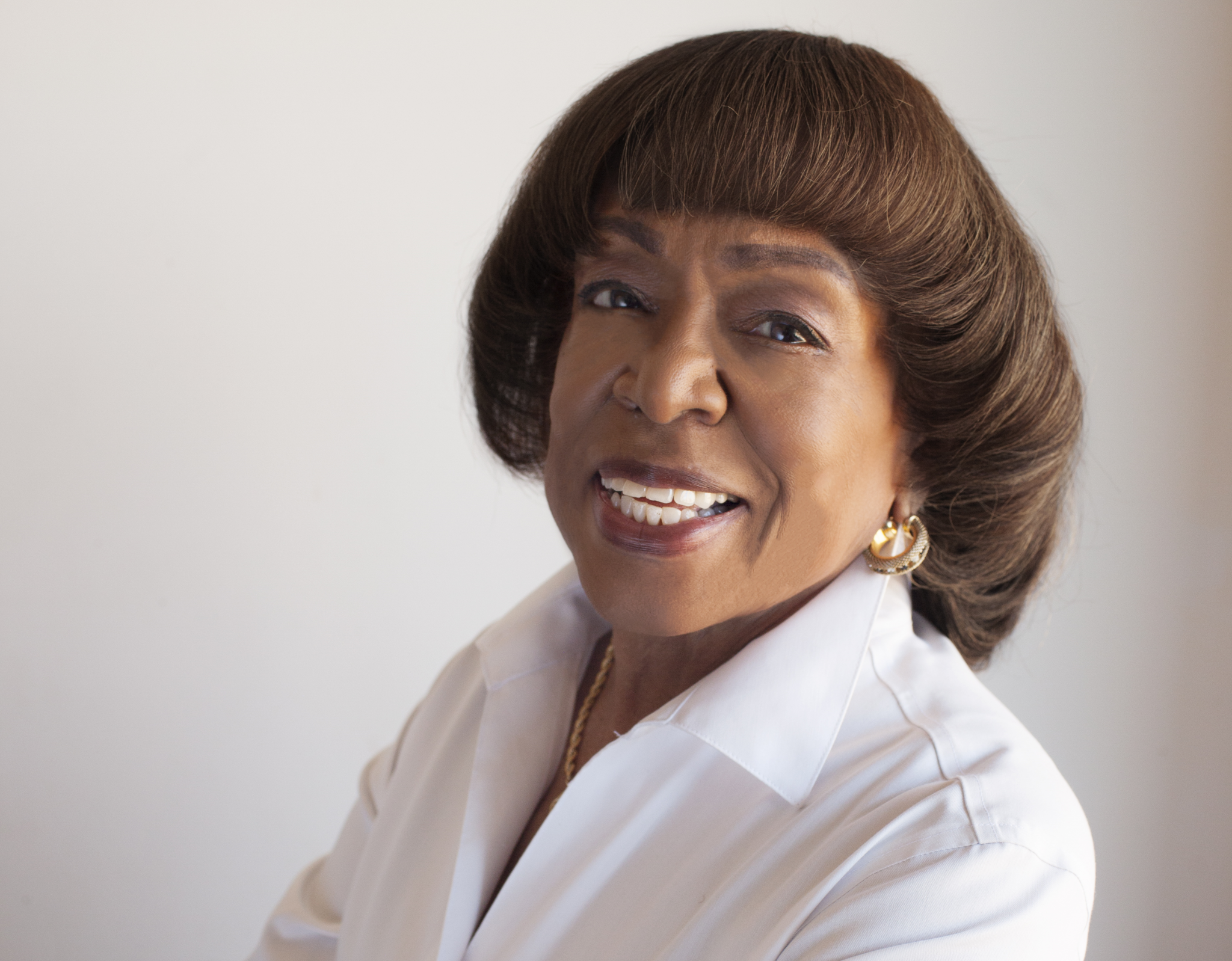 After winning a 1962 New York City Hebrew competition prize, Joan West left the familiarity of her childhood home in Queens, New York, where she had many family and friends, to study thousands of miles away at the Hebrew University of Jerusalem. Upon her enrollment, she became the first African American co-ed to attend the university. 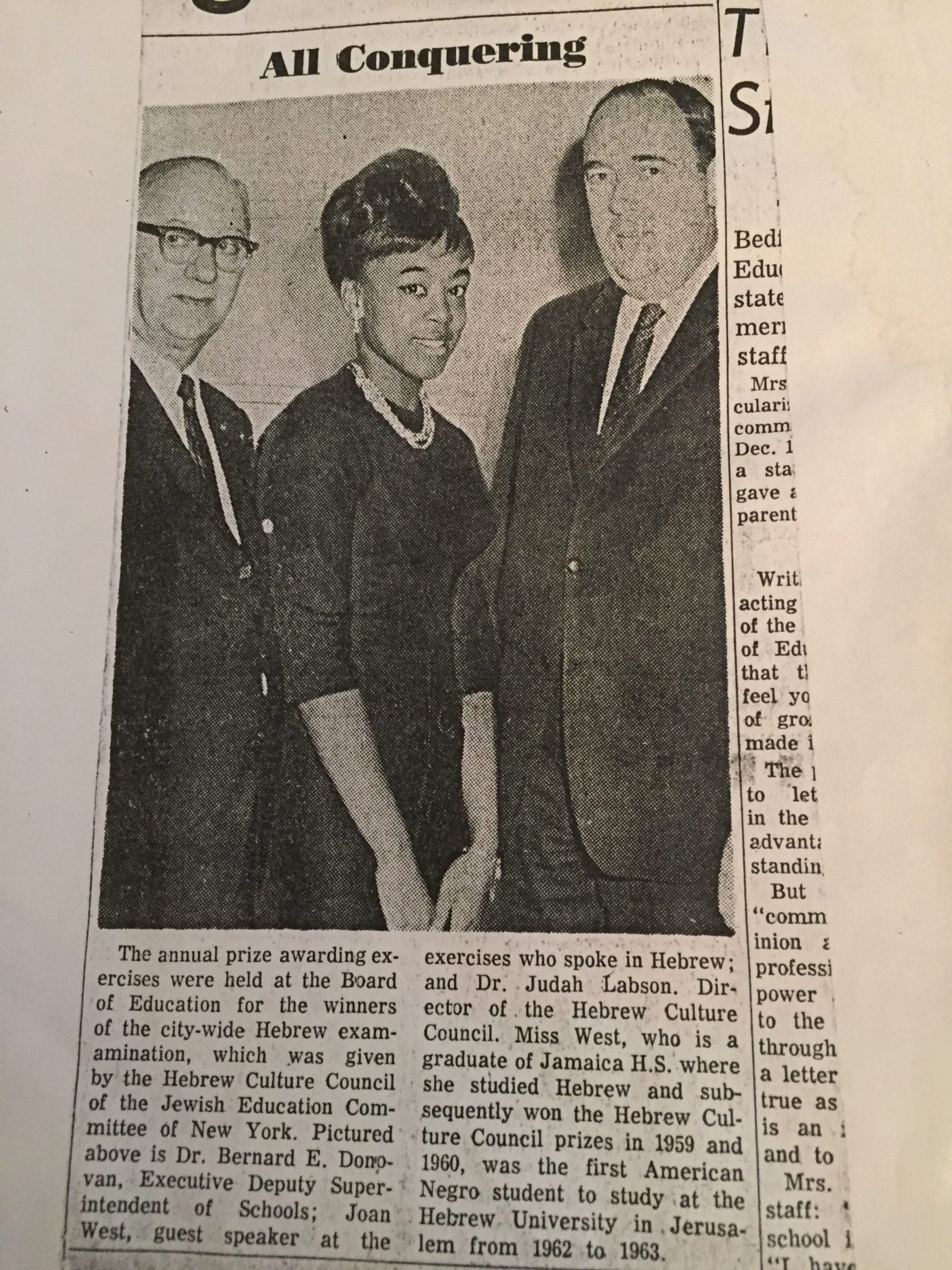 Joan came to Israel when it was an emerging nation. She shared with amusement, “I was in Israel before Coca-Cola had even arrived. I had to ask a diplomat to ‘smuggle’ drinks for my party. Of course, it wasn’t really illegal; just not available in Israel, yet.”

Joan’s passion for people and life blossomed and thrived at the Hebrew University. The campus was full of staff and students from diverse cultures and was educated on tolerance, acceptance, and self-development. Joan said, “It was just like New York, but then again not, because I felt like an integral part of the community, and yet, I was in an entirely different country.” 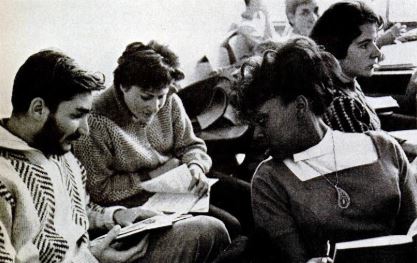 One of her favorite memories as a student is of her encounter with Hebrew University President Pinchas Rosen. Joan says, “He wanted to speak with me, and I couldn’t figure out why. Why me? I felt like a middle school student in the principal’s office-absolutely afraid!” Her fear quickly faded, however, upon learning the reason for her meeting. Joan would be featured in the Jerusalem Post, Ebony Magazine, the New York Times, and other major newspapers as the university’s first African American student. “I was floored,” says Joan.

Fifty-five years have passed, and Joan recently retired from the New York City public school system. She now splits her time between Queens and Boca Raton, Florida. During her last visit to Israel, she returned to HU. While there, she recalled that Israel was where she taught her first students and developed a love for education. Nostalgia bubbled over into deep gratitude, and as Joan said, “I couldn’t believe I was there. The place where I had become a woman, an individual. It was dream-like, and yet so real.” 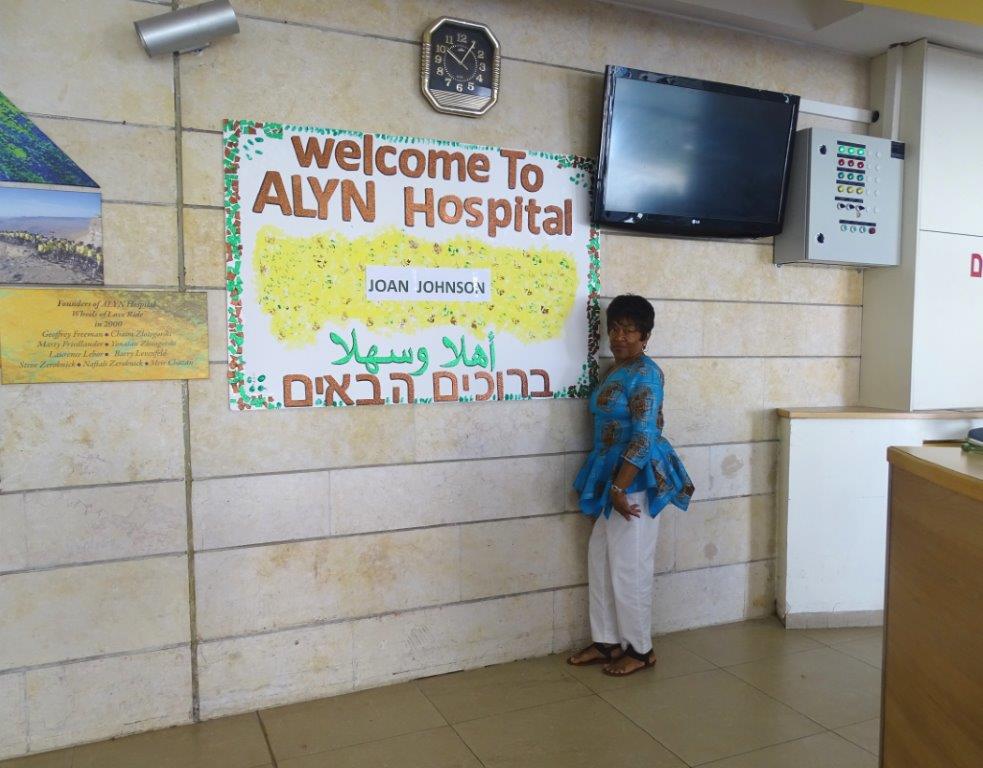 See Joan in NYC on September 17!