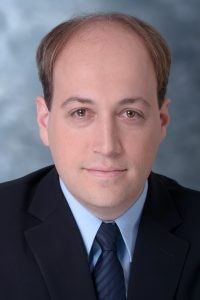 Dr. Yaron Daniely is the President and CEO of Yissum, the technology transfer company of the Hebrew University of Jerusalem. He was previously the President and Chief Executive Officer and a Director of Alcobra Ltd, since March 2010. Immediately prior to joining Alcobra and since 2007, Dr. Daniely was the President and Chief Executive Officer of NanoCyte, Inc., a company that develops transdermal delivery technologies based in Caesarea, Israel. Before NanoCyte and from 2004, Dr. Daniely was the General Manager of Gamida Cell—Teva Joint Venture Ltd., a joint venture company that acquired an exclusive license to develop and commercialize a Phase 3-stage cell therapy product for treatment of Leukemia and Lymphoma based in Jerusalem, Israel. From 2003-2007, Dr. Daniely also served as the Vice President of Business Development of Gamida Cell Ltd., and engaged in several licensing and financial transactions for the Company. In addition, he co-founded and served as a director of Bioblast Ltd. (NASADQ:ORPN).

Dr. Daniely holds a B.S. degree in Biological Sciences from Florida International University, and holds a Ph.D. from the Sackler Institute of Graduate Biomedical Sciences at the New York University School of Medicine. Following his doctoral program, Dr. Daniely served as an NIH Visiting Fellow in its Cell Biology section and a Postdoctoral Fellow in the Department of Molecular Cell Biology at The Weizmann Institute for Science in Israel. Subsequently, he received an Executive M.B.A. from the Technion, Israel Institute of Technology. Dr. Daniely co-founded Israel’s first M.B.A. program specializing in Biomedical Management at the College of Management Academic Studies (Rishon Letzion, Israel) and has served as the program’s director since its inception.