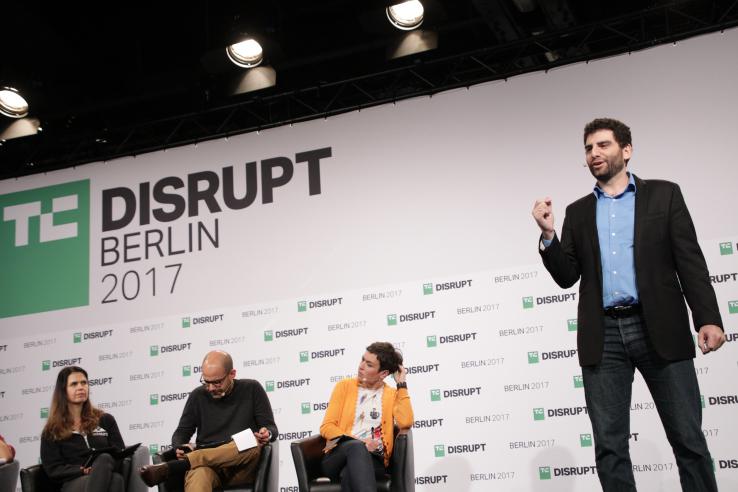 Leveraging some “mind boggling math” introduced as an update onto the Ethereum blockchain only a few months ago, QEDit is launching its product on our Battlefield stage at TechCrunch Disrupt Berlin.

The company, which takes its name from the Latin phrase quod erat demonstrandum (which was what would have been demonstrated) relies on the principle of zero knowledge proofs to provide audit and due diligence services for financial institutions.

One of the problems that’s been slowing down blockchain adoption in businesses is how to share information based on proprietary data. Companies don’t want to share a lot of information with competitors, but need to have ways to ensure that the information they’re receiving is correct.

The QEDit service allows that on the blockchain. Creating ways for multi-party transactions to engage in queries that prove certain facts about a business, without ever accessing the data underlying those proofs.

This differs from a “regular” blockchain where every transaction is sent to all the nodes on the network and all of those nodes record the rules and value of the transaction on a public ledger. With QEDit, only the user runs the rules on their own data. The only thing that anyone else on the chain sees are the proofs.

One of the company’s co-founders is Aviv Zohar, a researcher at Hebrew University whose work was cited by none other than Ethereum project developer VItalik Butarin in his early writing about cryptocurrency. Zohar has been working in cryptography for years and his work is critical to the very “mind boggling math” that makes zero knowledge proofs possible.

Helping him round out the team at QEDit are Jonathan Rouach and Ruben Arnold, two serial entrepreneurs who first met in 1999 while studying at Technion University in Israel.

While Arnold pursued a career in consulting in Paris at McKinsey & Co., Rouach stayed in Israel working in electrical engineering. But around 2012 he became interested in a novel idea percolating out from the edges of the internet called bitcoin (it was a post on Slashdot, Rouach says).

In 2013, he co-founded Bits of Gold with his brother Yuval Rouach and Arnold as one of the first bitcoin exchanges to launch in Israel.

“It was the technology,” that first attracted Rouach to the Bitcoin bomb that was exploding on the Internet. “It’s a beautiful solution to a problem that I didn’t even think of… How can you create trust between people without central coordination?”

Rouach’s fascination with that concept of anonymous trust is a thread that runs through his future endeavors as well — businesses that all attempt to refine that notion of anonymous, verified trust.

“Every fact on the blockchain is mathematically verified,” says Rouach. “That is enough to know what is the state of the whole world.”

While bitcoin may have been Rouach’s gateway drug into the wild world of cryptobusiness, he quickly came to the conclusion that it wasn’t the technology to actually fulfill the promise of expanding on that notion of anonymous trust and verification.

That’s because the security issues around bitcoin had yet to be resolved. So Rouach launched a second company called LedgerLock, which provided security services for a range of digital assets.

Once LedgerLock was sold to Digital Assets Holdings, during the split between the application of blockchain technology to business problems which ignored the push to tokenization, and a more public-facing movement that was predicated on token sales.

So QEDit is the next step on the road to a fully cryptographic, nearly automated transaction system. The idea is to replace the army of auditors that are involved in providing due diligence and oversight for negotiations and transactions that involve proprietary information.

Surprisingly (or maybe unsurprisingly), audit firms, financial services companies, and large telecoms themselves are on board for the experiment. QEDit has partnerships with Deloitte, BNP Paribas and British Telecom for its first product called QEDit Enhanced Diligence.

Unlike the rash of companies based on blockchain that have gone the coin sale route, Rouach tells me that his firm has no intention of launching an ICO. “We’re completely on the enterprise blockchain side and what we want to do is ensure that companies can build trust between them without having to reveal their private data.”

The company sells the service on a per use basis and as part of the beta launch here at Disrupt the QEDit is offering two free years of service to customers that sign up for its beta.

Rouach says there’s a big market for this kind of work, with roughly $6 billion floating out there in the rating market alone.

It’s hard to understate how radical the change this technology could bring to financial services actually could be.

“You never had a peer-to-peer way of an investor or an acquirer or an auditor knocking on the door of the company and say prove me this, and to know what they’re giving back is accurate,” says Rouach.

Read the source article at TechCrunch