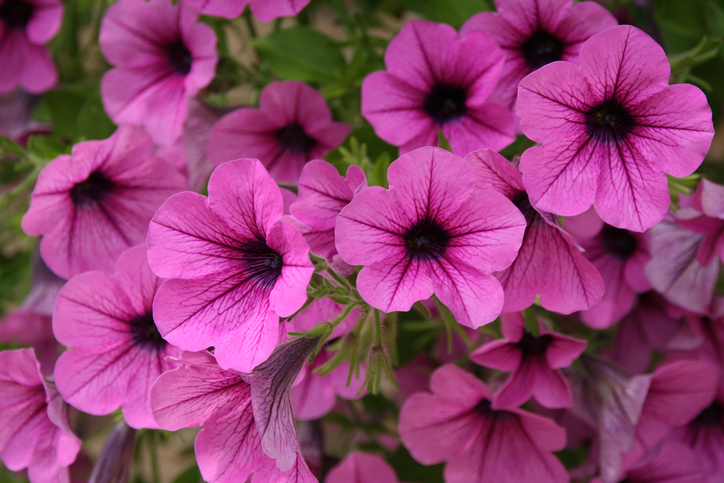 The diverse and delicious fragrances of flowers brighten our days and inspire poetry. The more practical reason that flowers produce scent is to attract pollinating insects to the flowers’ reproductive organs, thereby ensuring the continued existence of plant species. To do this, flowers assemble a mixture of dozens, and sometimes hundreds, of volatile substances from several biochemical groups.

Scientists have known for some time that increasing temperatures associated with global climate change have a negative effect on plant growth. Expanding on this research, a Hebrew University of Jerusalem Ph.D. student showed that increases in ambient temperature also lead to a decrease in the production of floral scents.

“Increases in temperature associated with the changing global climate are interfering with plant-pollinator mutualism, an interaction facilitated mainly by floral color and scent,” Alon Can’ani explained in his research.

At the Hebrew University’s Robert H. Smith Faculty of Agriculture, Food, and Environment, Can’ani studies control mechanisms that allow plants to regulate their production of smell, is researching strategies to overcome the decrease in production of beneficial volatile substances, a process that requires a huge energy investment from plants.

During his work in the laboratory of Professor Alexander Vainstein, in the Robert H. Smith Institute of Plant Sciences and Genetics in the Faculty of Agriculture, Can’ani discovered that Petunia plants grown at elevated temperature conditions are significantly defected in production and emission of scent compounds.

“In my study, I show that increasing ambient temperature leads to a decrease in phenylpropanoid-based floral scent production in two Petunia×hybrida varieties, P720 and Blue Spark, acclimated at 22/16 or 28/22 °C (day/night),” Can’ani said.

This was linked to arrested expression and activity of proteins that facilitate biosynthesis of the compounds.

Can’ani was awarded the Smith Vision Prize for his body of research, which included projects aimed at finding novel strategies that plants use in order to regulate, or fine-tune, the process of scent emission.

Can’ani also demonstrated an approach to bypass this adverse effect, by expressing the Arabidopsis thaliana PAP1 gene, which boosts the production of scent regardless of the ambient temperature. This research was published in Plant, Cell & Environment.

Can’ani also characterized the first gene (called PH4) that functions as a direct regulator of scent emission. When he manipulated the expression of this gene to a halt, Petunia flowers ceased to emit scent, but continued to produce it. Interestingly, this gene apparently serves as a switch between two crucial floral traits – color and scent. This research was published in New Phytologist.

Currently, Can’ani is investigating a process called glycosylation, in which flowers conjugate a sugar molecule onto the scent compounds, thus rendering the scent non-volatile.

The Smith Vision Prize in Agriculture was established by David Bruce Smith in memory of his father Robert H. Smith, benefactor, visionary, friend and namesake of the Faculty of Agriculture, Food and Environment. It is awarded annually to a Ph.D. student whose research best reflects the vision of Smith in feeding the world through sustainable agriculture and whose research shows potential for applicability in fields relevant to agriculture, food, and environment. It was awarded during the 79th international Meeting of the Hebrew University’s Board of Governors in Jerusalem.