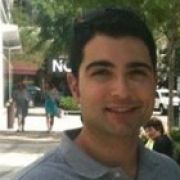 Hebrew University alumnus, Alex Sorin, is the CEO and co-founder of Foreigncy (www.foreigncy.us), a language training website for professional and aspiring linguists. In 2010, Alex received his M.A. in Islamic and Middle Eastern Studies from the university’s Rothberg International School.

Foreigncy is a language training website for intermediate to advanced learners of Arabic, Persian, Hebrew, Urdu, Russian, and Mandarin. It was created to prepare university -level language students for jobs that demand an advanced level of language proficiency. On Foreigncy, the daily language sets use mixed media tools such as flashcards and quiz games to prepare users to read articles from foreign language news sources. By integrating news with language learning, students receive real world context that changes from day to day and helps them stay attuned to world events.

What role did your time at the Hebrew University play in creating the company?

When I arrived at Hebrew University in the summer of 2008, I quickly realized how unprepared I was to converse in either Arabic or Hebrew, despite four years of study as an undergraduate. The intensity and structure of HU’s Arabic and Hebrew language programs laid the foundation for me to become a professional linguist. It was the first time that I took a language class where the teachers approached it as training rather than an elective. 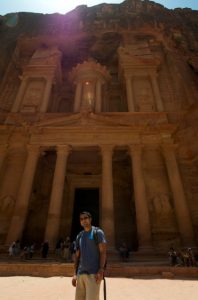 Why did you pick Hebrew University?

When I decided that I wanted to go to graduate school for Middle Eastern studies, I knew I had to pick a school where I could learn from experts renowned in their fields, both academically and professionally.  I found both at Hebrew University. In addition, I wanted to learn in an environment where I could be immersed in Arabic and Hebrew, something that I could only find going abroad. My Arabic professors had spent their entire careers using the language in government or the IDF, which has a completely different learning approach than most traditional universities. My other professors were also distinguished in their fields, and some of them had actually played a part in or witnessed the events they were teaching. I wouldn’t trade that experience for anything.

What are your goals for Foreigncy and your future?

My hope is that Foreigncy will become the premiere language learning resource for intermediate to advanced students who are passionate about turning their love for languages into careers that impact our world. We’ve been lucky enough to build a team of devoted linguists who dedicate their evenings to working on the site to help others. We all believe that we are creating something special for language learners, including ourselves.

As for the future, my time in Israel and at the university taught me that as long as I’m applying and improving my language skills for an important cause, I’ll be happy. My goal is to keep holding on to that belief and see where it takes me.