A prestigious history, the foundation for a promising future.

The Hebrew University of Jerusalem (HU) was born from an idea proposed in 1913 by Chaim Weizmann. His enthusiasm for the project was shared by other visionaries at the time, among them Albert Einstein, Martin Buber, and Sigmund Freud. Three years after the symbolic foundation stones were laid on Mount Scopus in 1918, Weizmann and Einstein set out across the U.S. to promote and raise funds for the university. Seven years later, on April 1, 1925, HU opened its doors.

Since its inception, outstanding leaders have propelled the university’s growth and excellence. HU’s award-winning faculty includes Nobel laureates, Israel Prize winners, a Fields Medalist, members of the Academy of Arts and Sciences, leading scientists, academics, authors, and policy makers. Distinguished alumni include Israeli Prime Ministers, two female Supreme Court Presidents, as well as 25% of Knesset members, and two thirds of Israel’s Supreme Court Justices. For nine decades, Israel has relied on HU for leadership in every sphere and for its unwavering and unparalleled commitment to excellence, multiculturalism, pluralism, and the cause for peace. 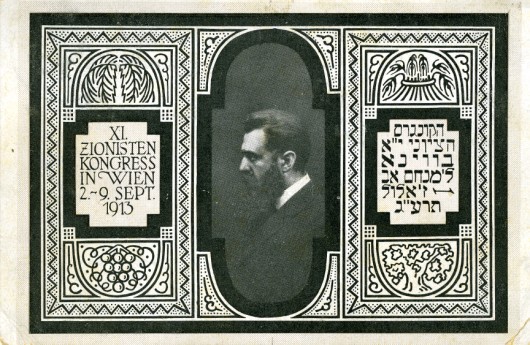 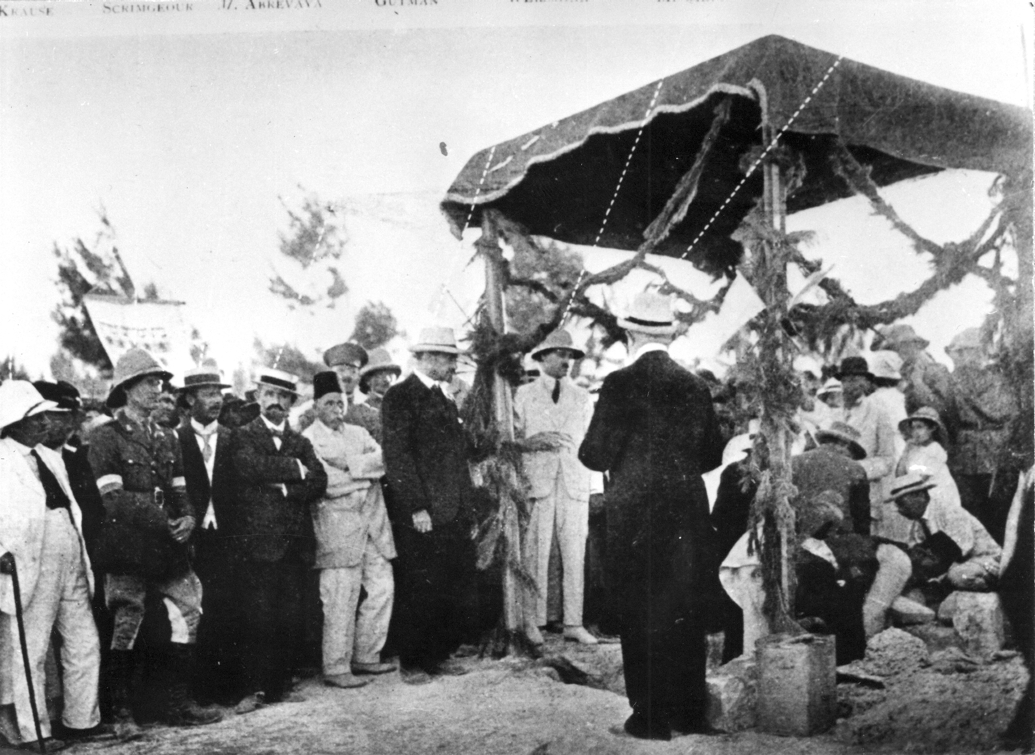 The Hebrew University of Jerusalem is founded on Mount Scopus; cornerstone laid 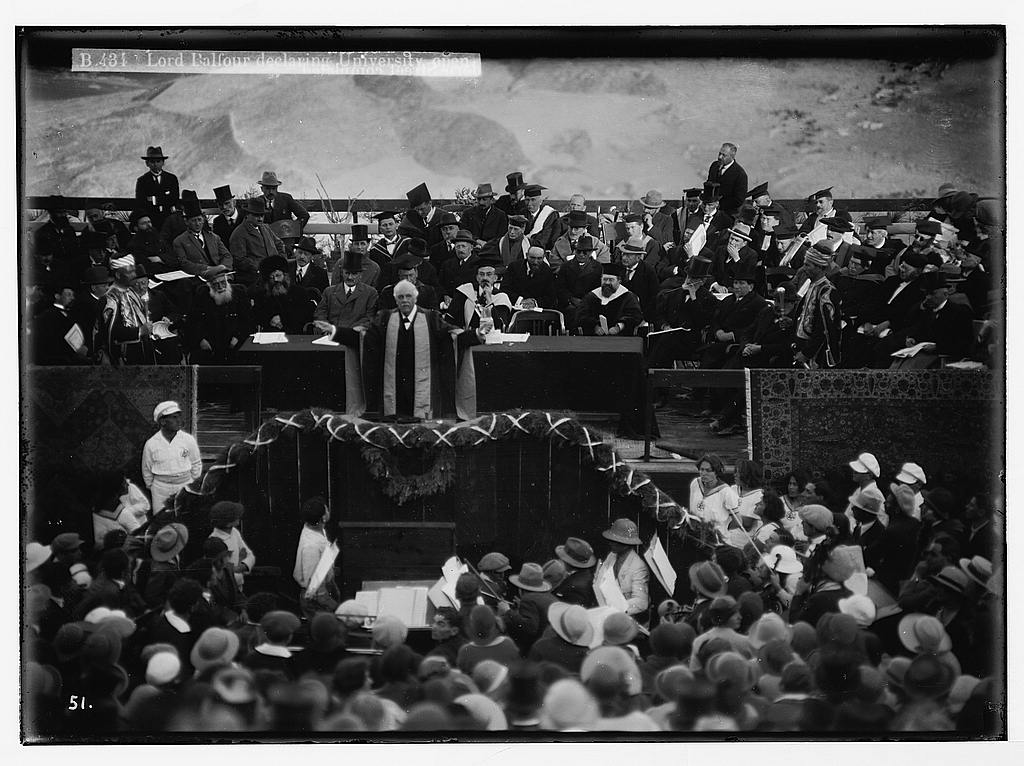 Gala opening of the Hebrew University of Jerusalem 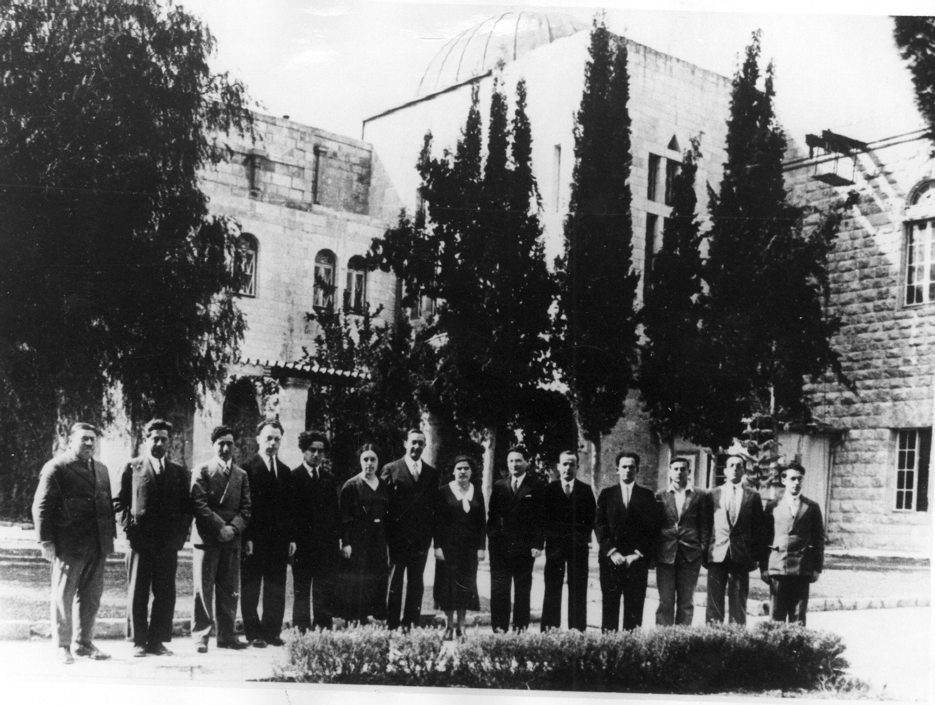 HU awards its first degrees, the Master of Arts, to 13 graduates 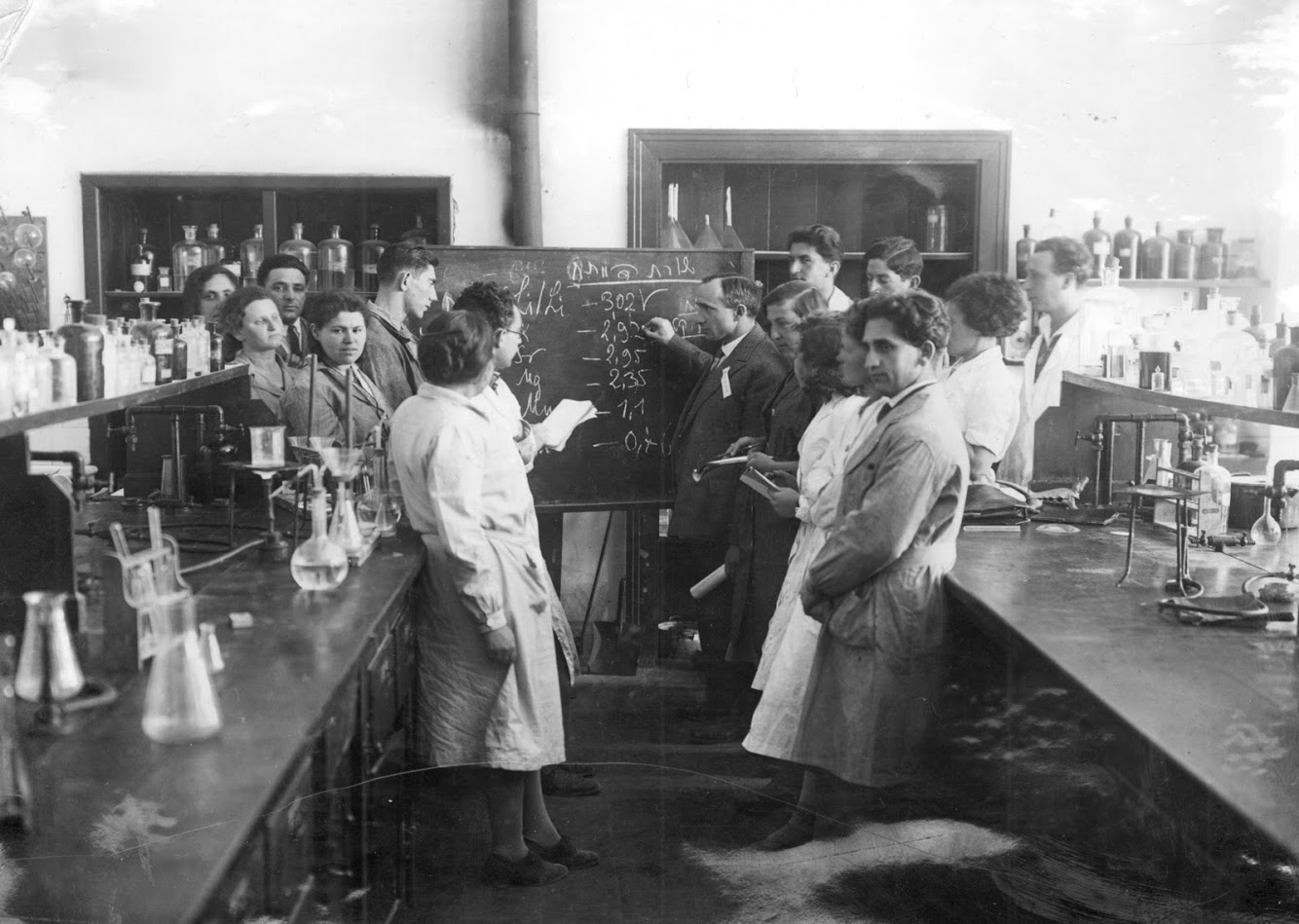 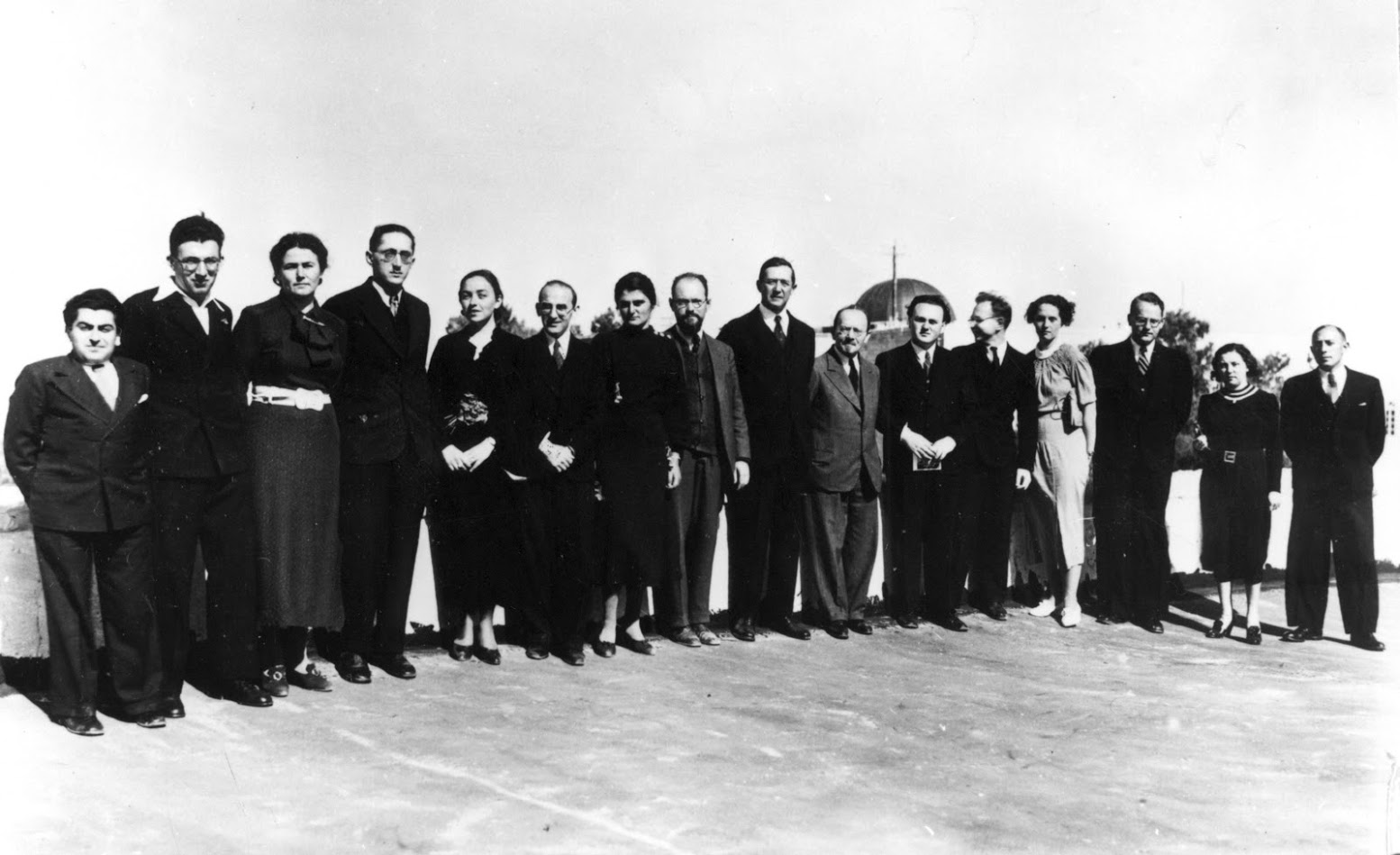 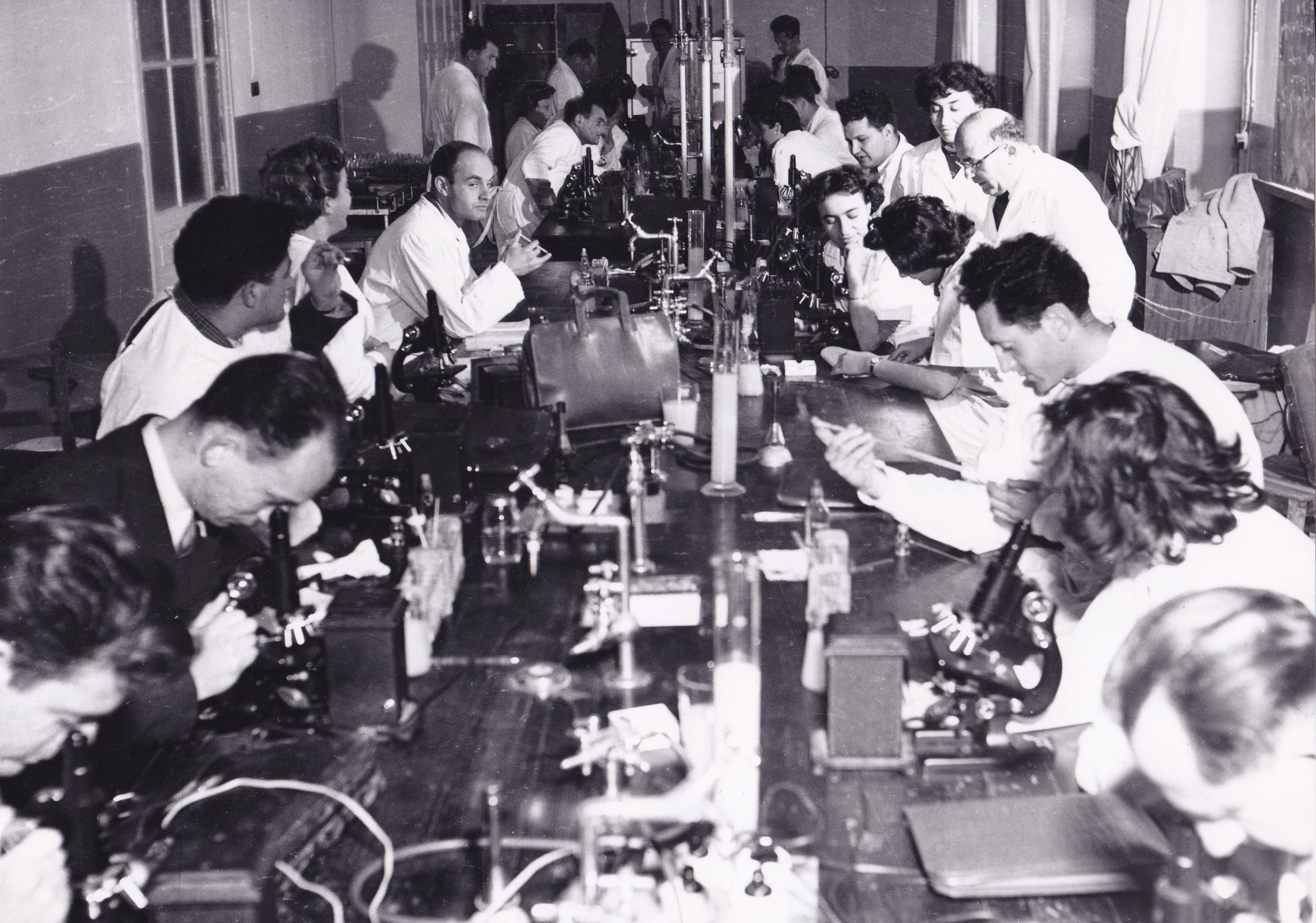 The pre-Faculty of Medicine opens and includes Departments of Parasitology, Bacteriology, and Hygiene 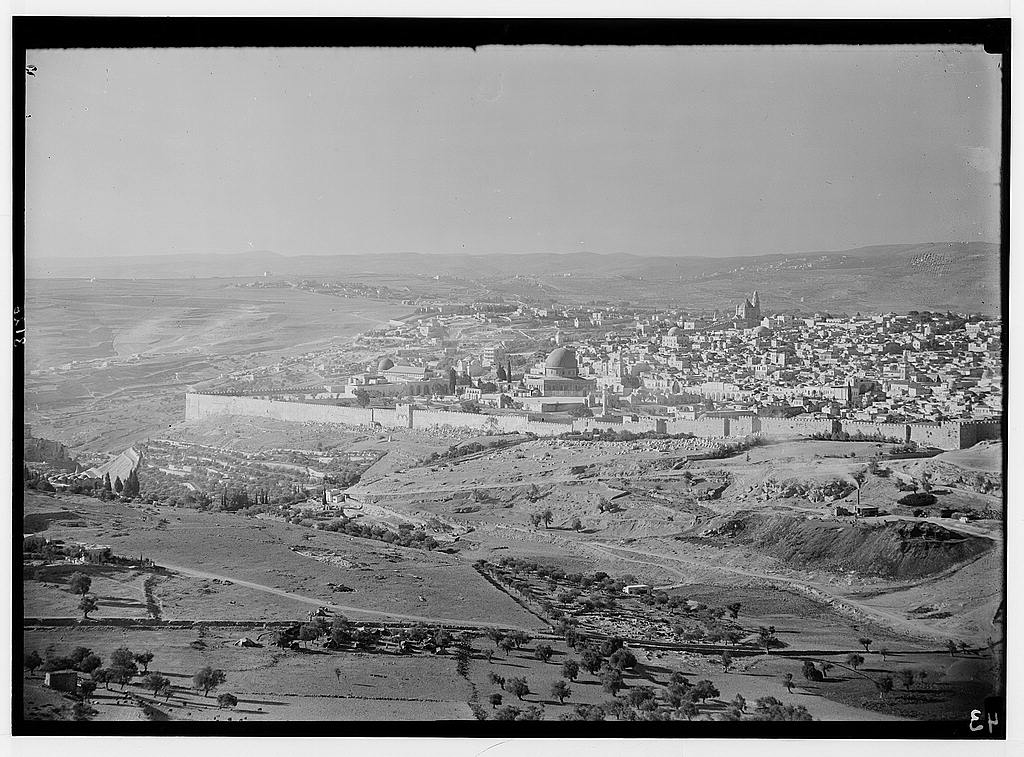 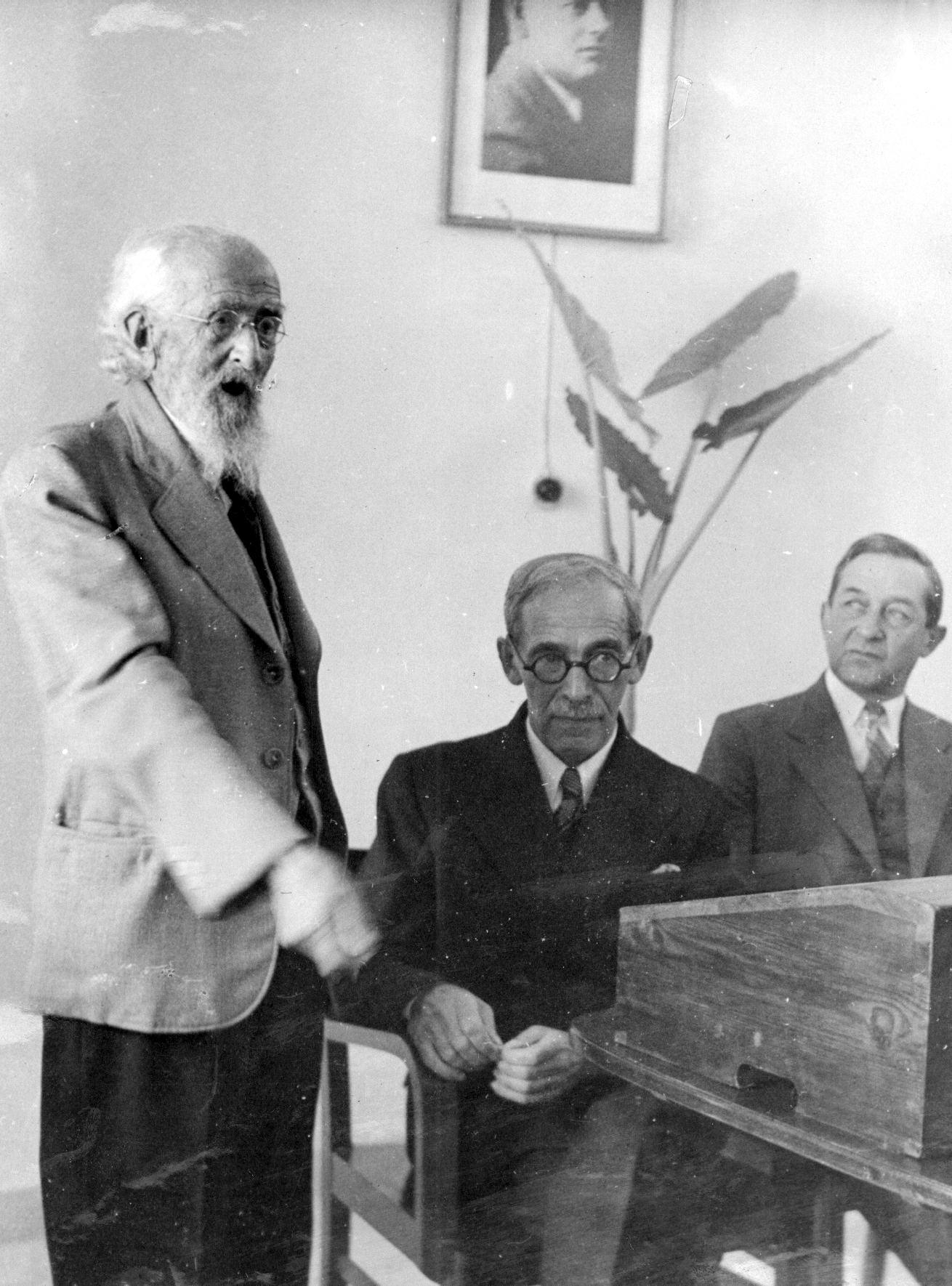 The School of Agriculture opens on the Rehovot campus

The Hebrew University grows to be a large, well-established research and teaching institution encompassing several new Faculties, as well as the Jewish National and University Library, a university press, and an Adult Education Center 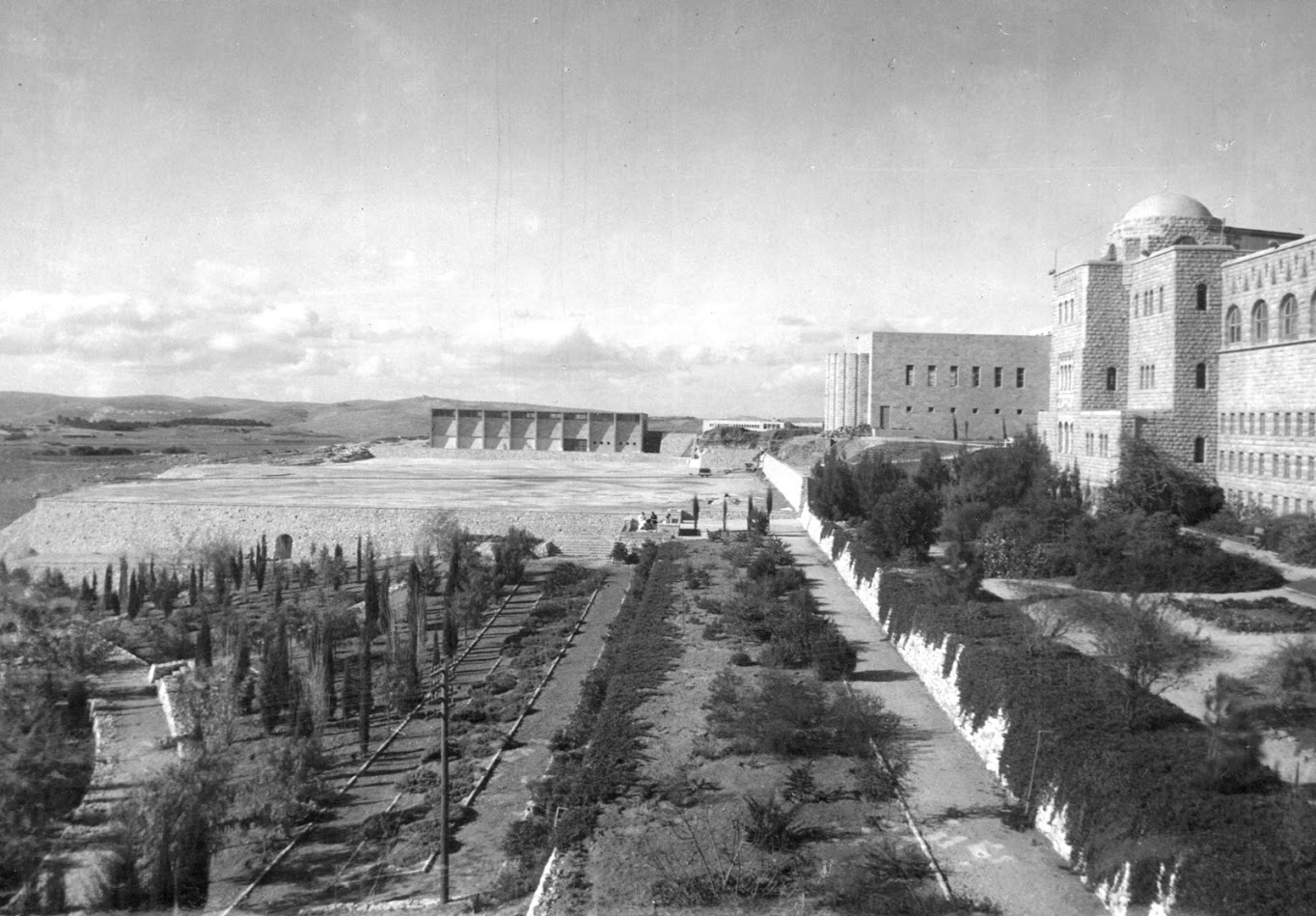 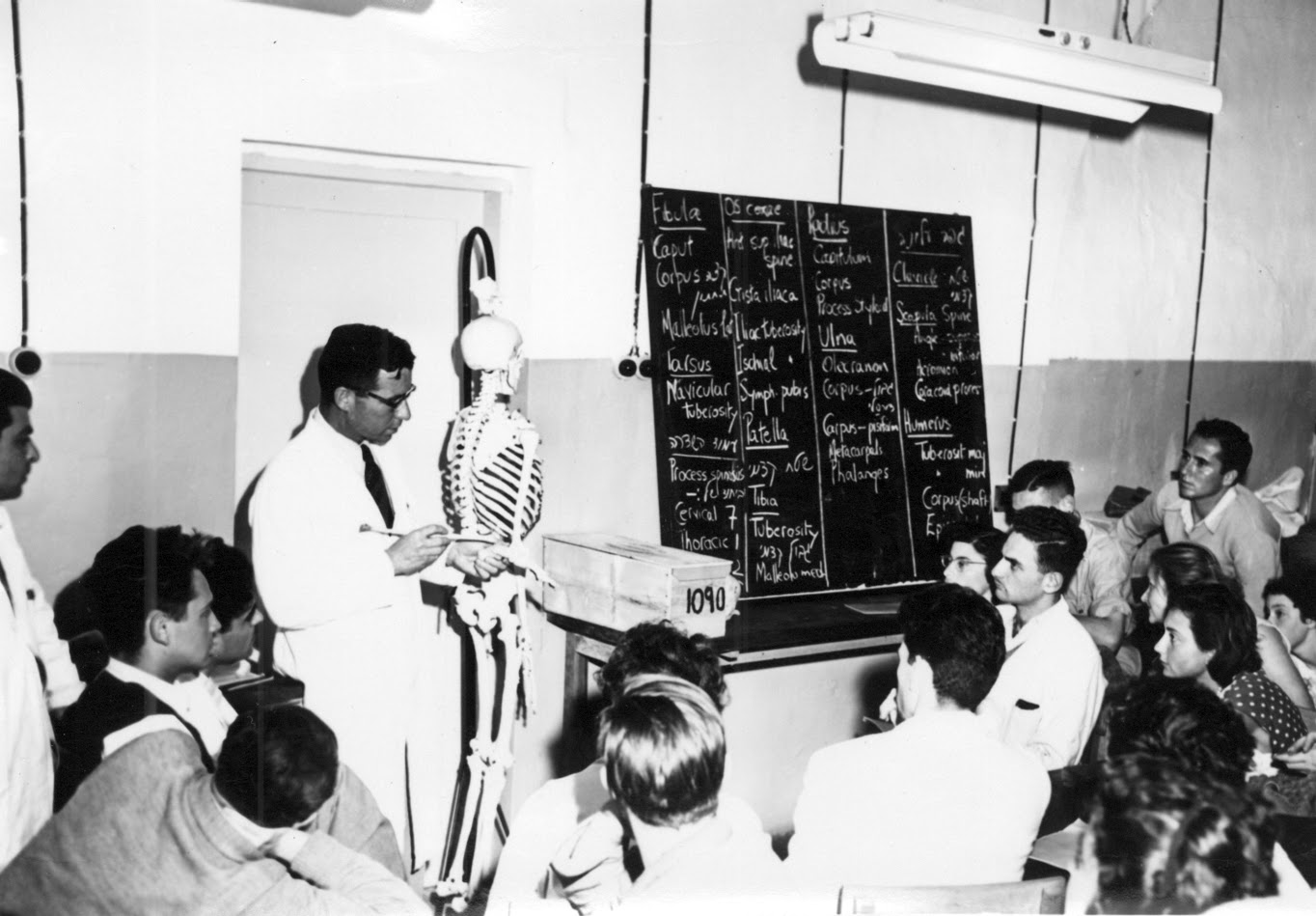 The first M.D. degrees are awarded to students who had begun their training abroad 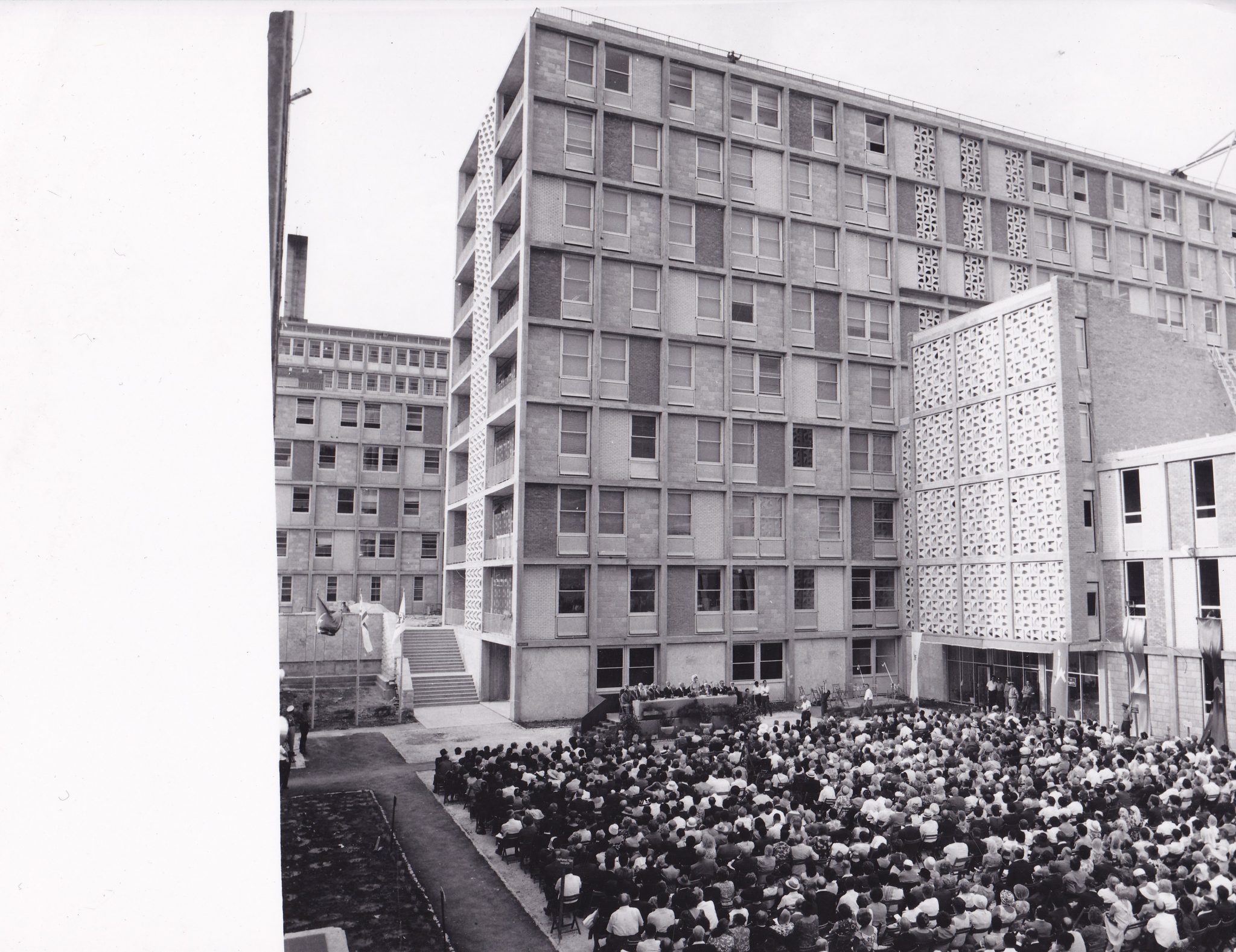 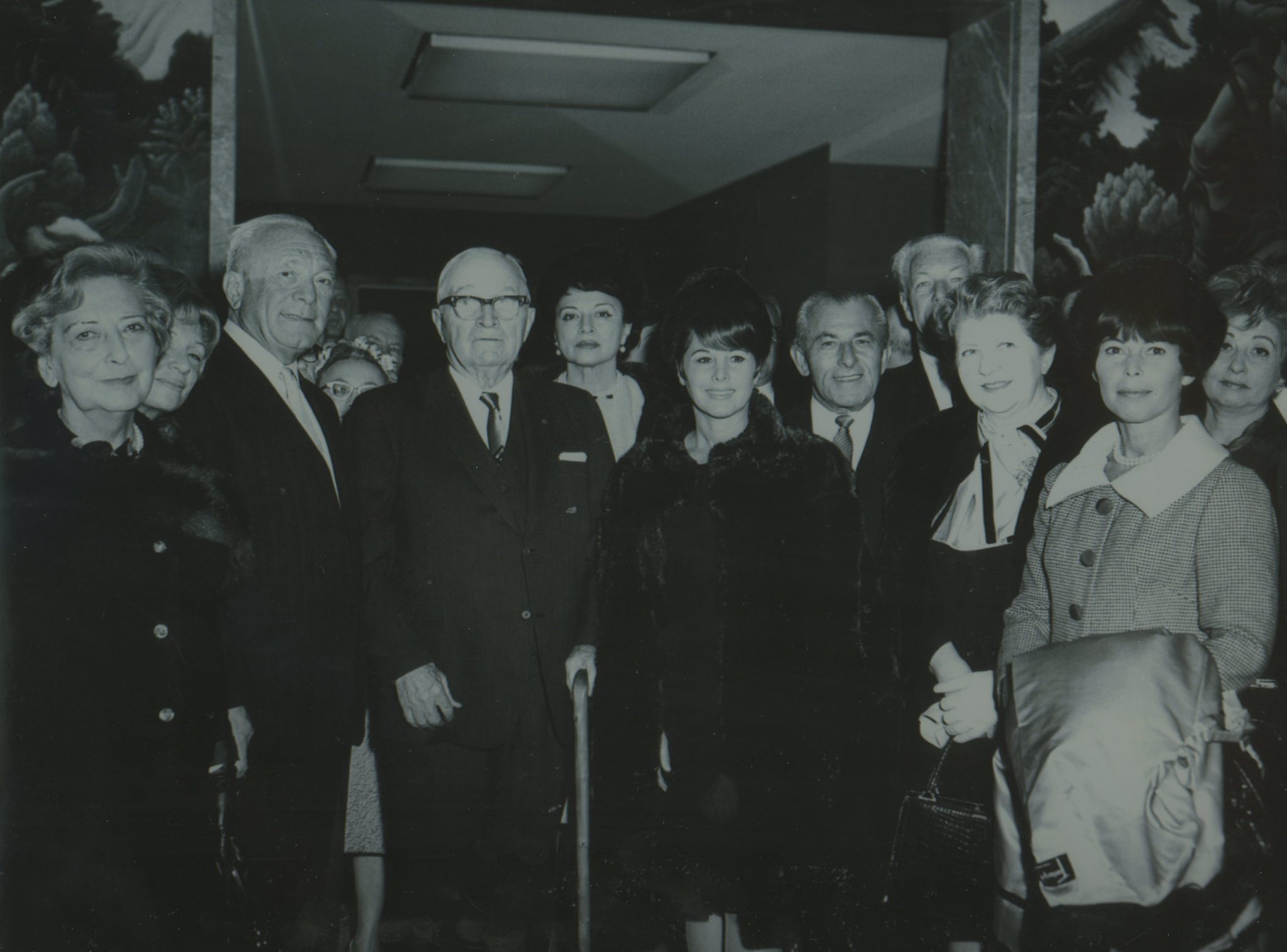 The Harry S. Truman Institute for the Advancement of Peace is established on the Mount Scopus campus; The Truman Institute was the first and remains the largest research center in Israel and the Middle East to examine conflict resolution and propose peaceful solutions for the region 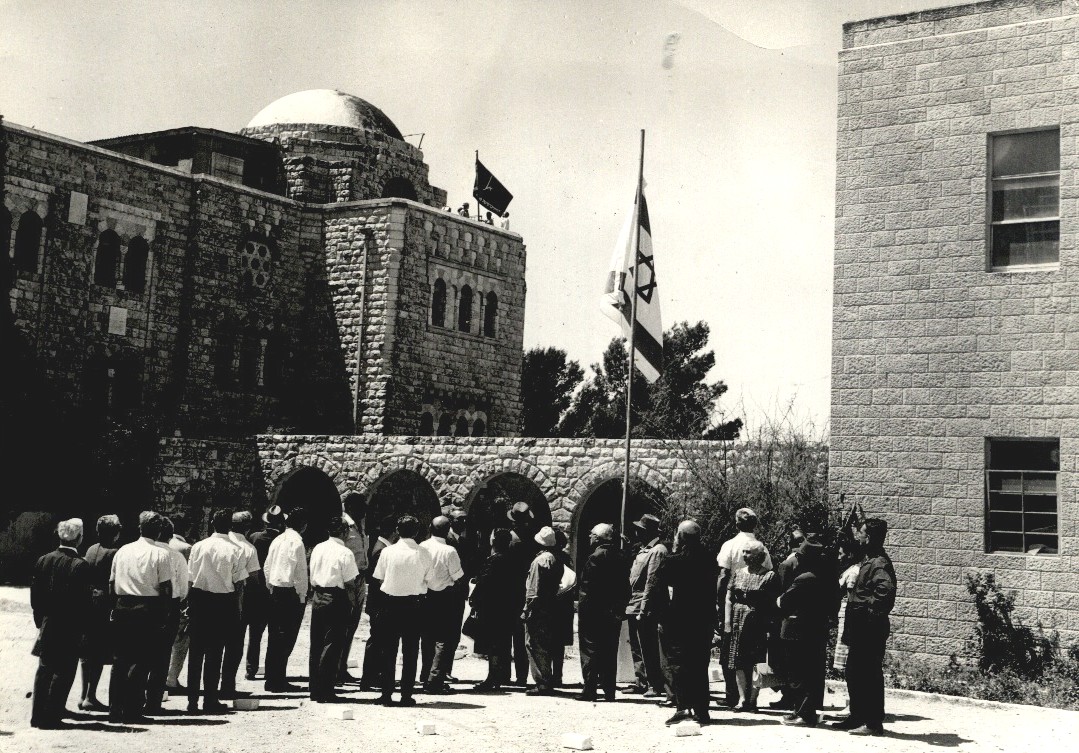 The number of faculties and schools is greatly expanded; enrollment exceeds 12,500; temporarily relocated, HU is slated to return to its original home on Mount Scopus following the reunification of Jerusalem in the Six-Day War 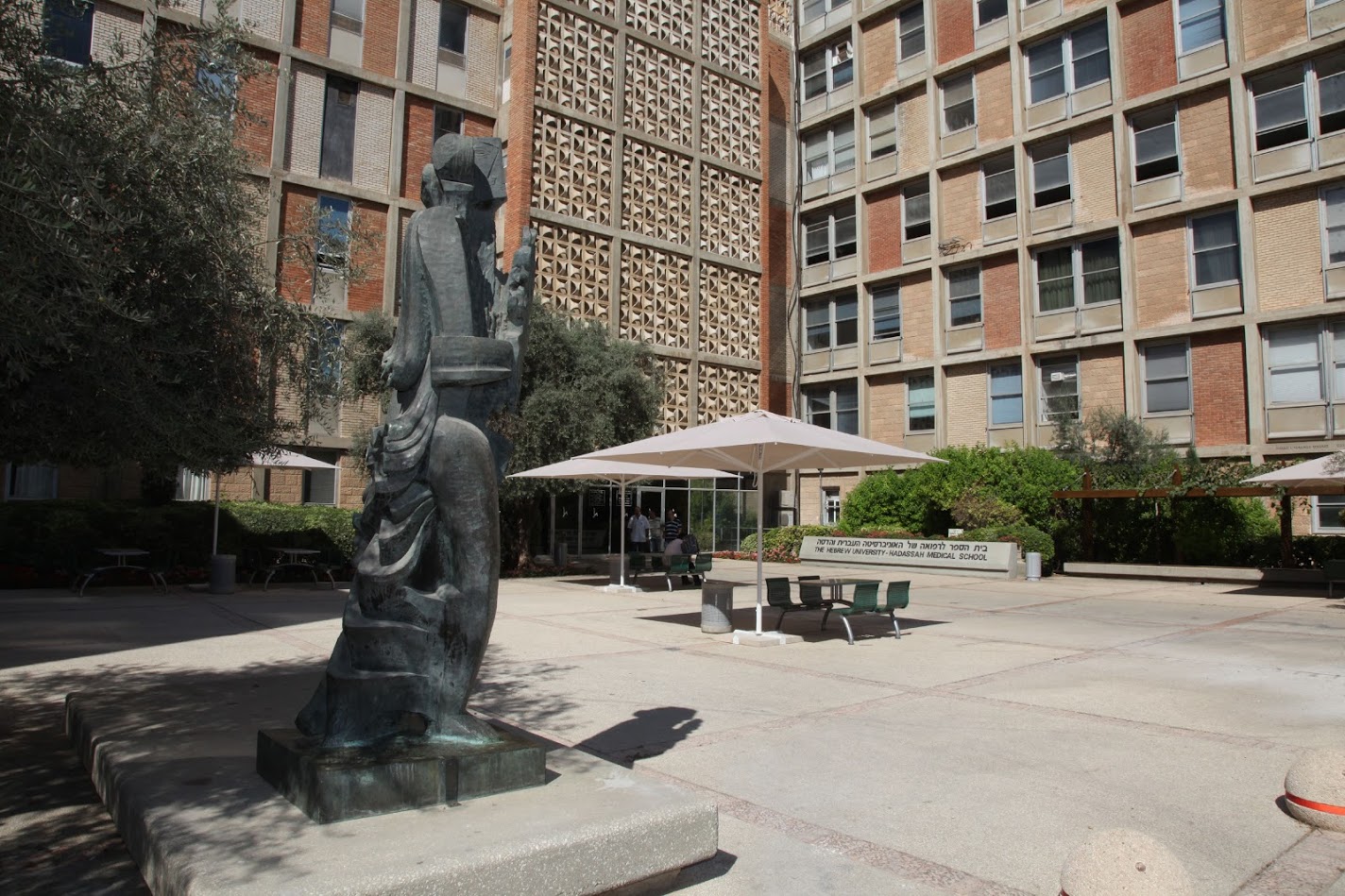 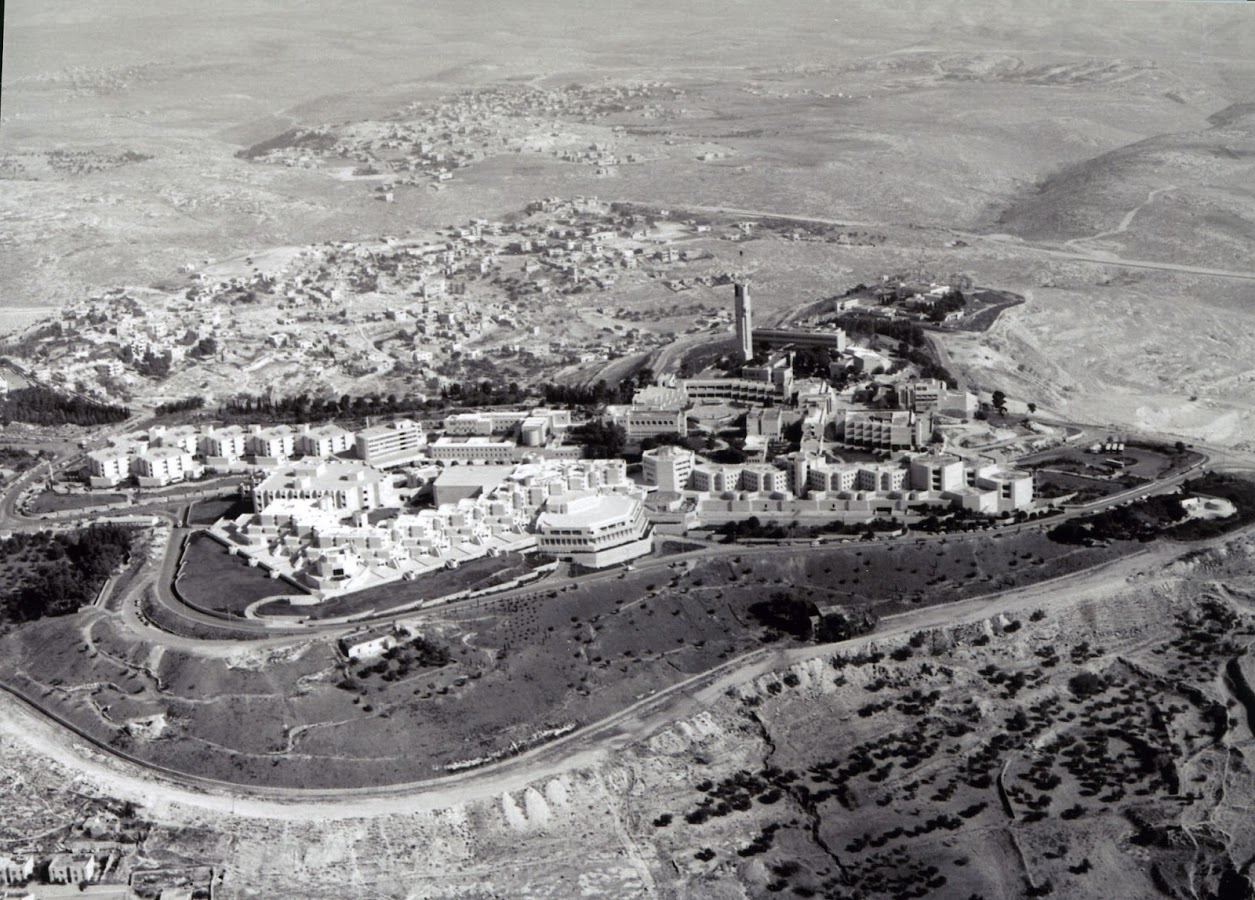 HU continues to grow, with the addition of new buildings, establishment of new programs, and recruitment of outstanding scholars, researchers and students 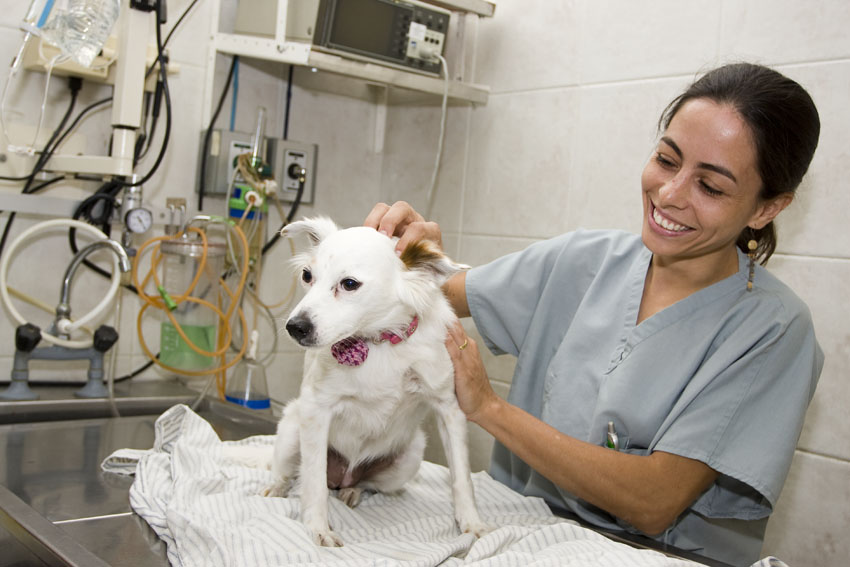 Opening of the Koret School of Veterinary Medicine 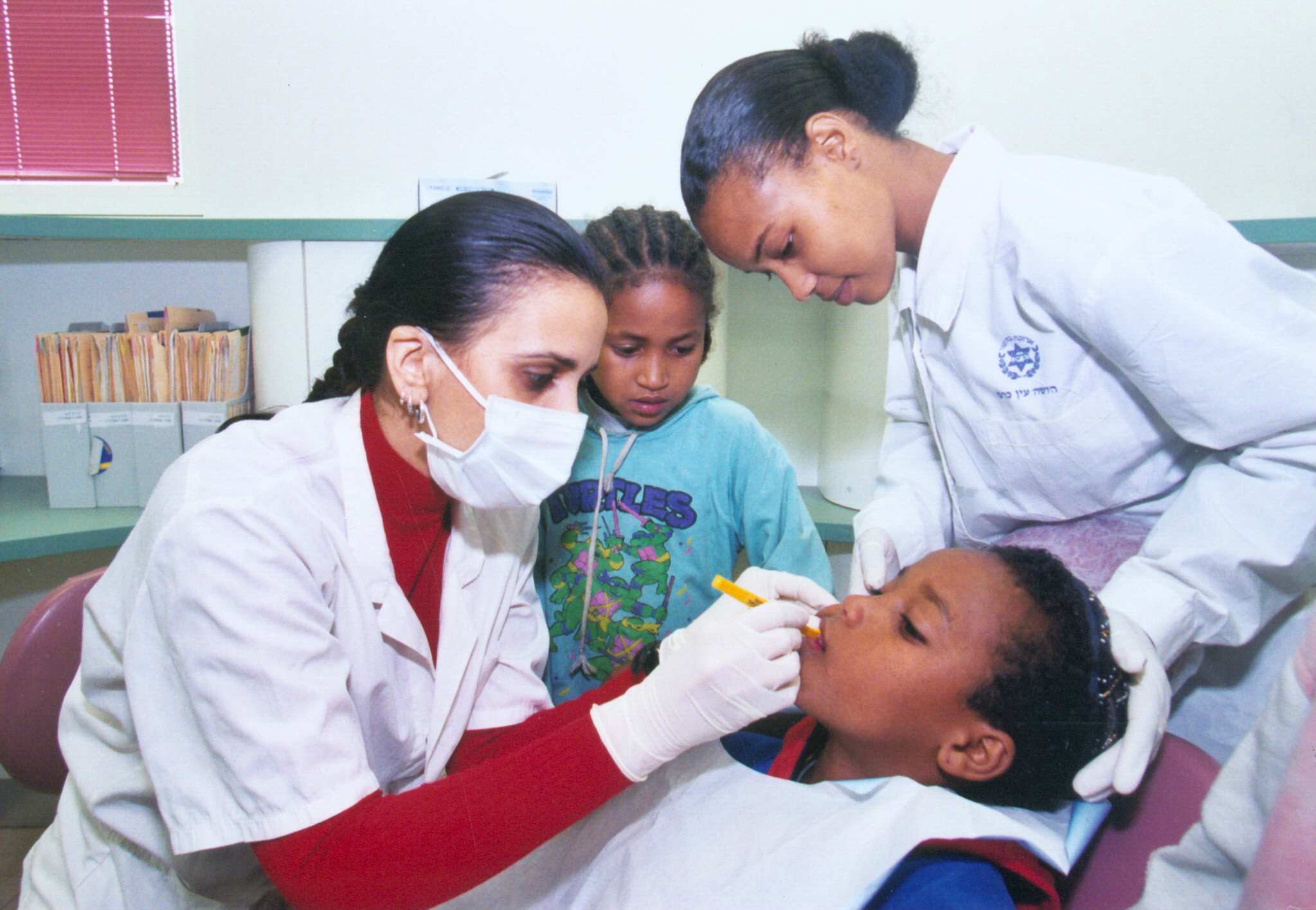 The D. Walter Cohen Center for Dental Education in the Middle East is created to bring together dentists from the region to engage in joint research projects and learn their colleagues’ respective techniques 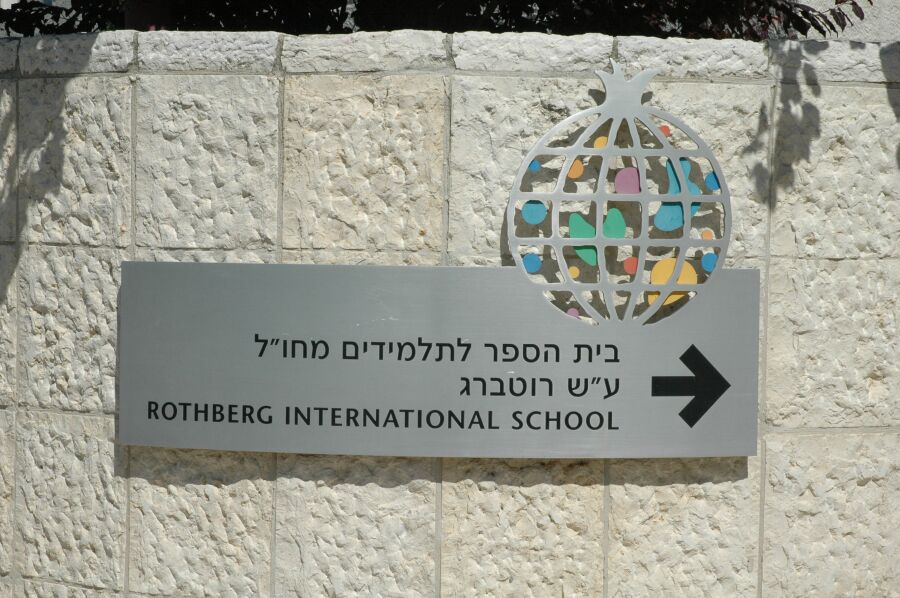 The School for Overseas Students is renamed the Rothberg International School 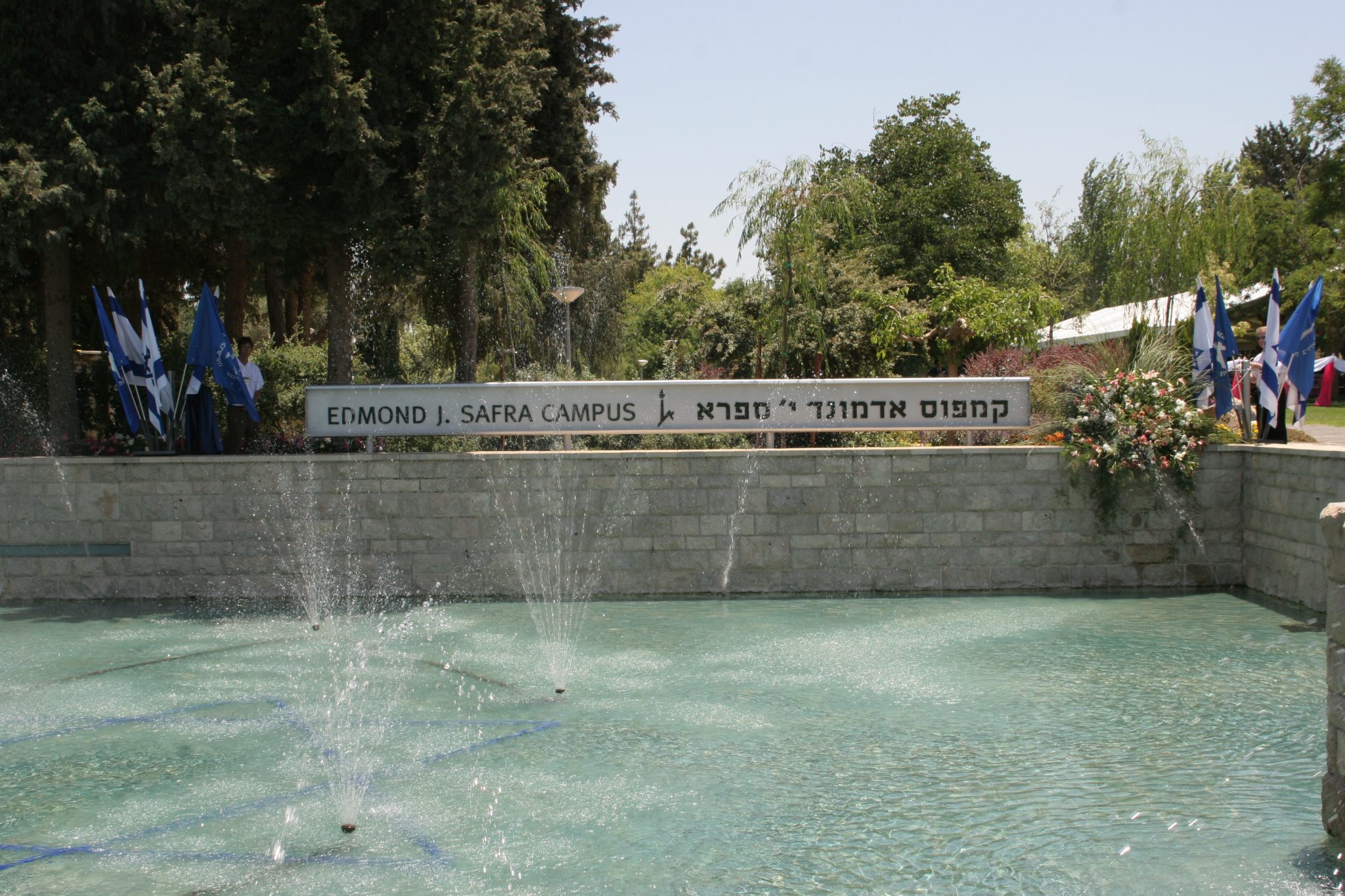 HU’s Givat Ram campus is named the Edmond J. Safra Campus, in honor of the leading philanthropist and founder of the Republic National Bank of New York 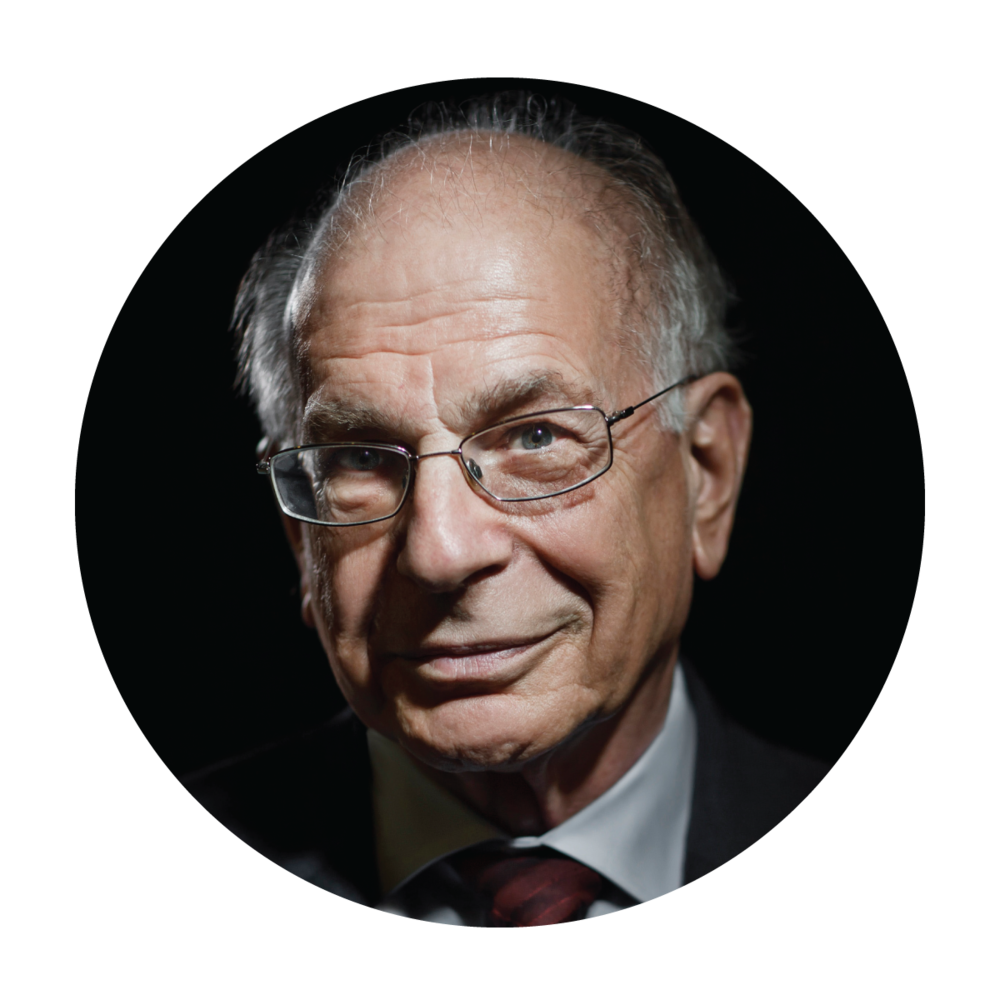 Daniel Kahneman, a professor at Princeton University and a fellow of HU’s Center for the Study of Rationality and Interactive Decision Theory, is the co-winner of the Nobel Prize in Economic Sciences 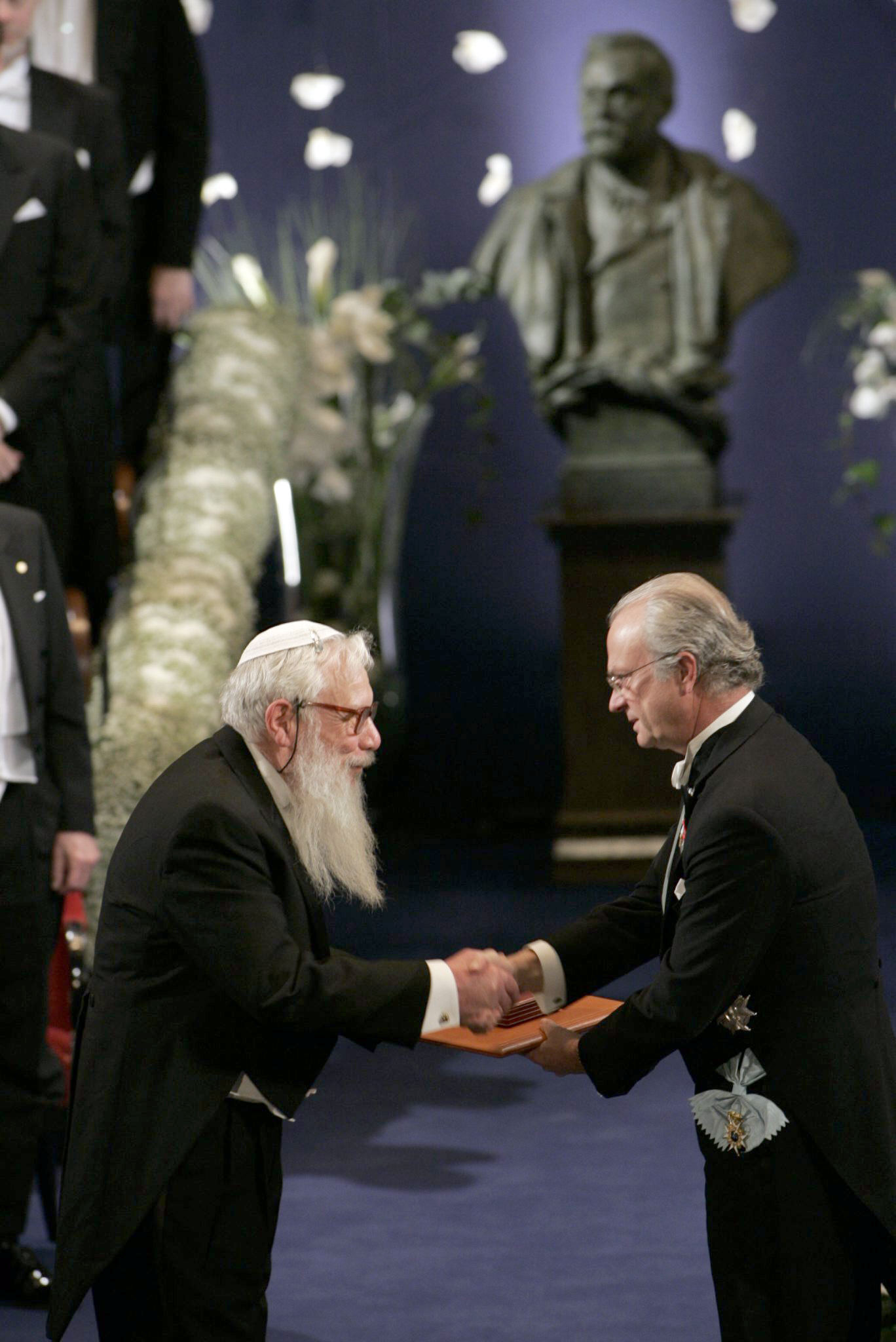 Robert J. Aumann, professor emeritus at HU’s Center for Rationality and a faculty member for five decades, is the co- recipient of the 2005 Nobel Prize in Economic Sciences for his groundbreaking work in game theory 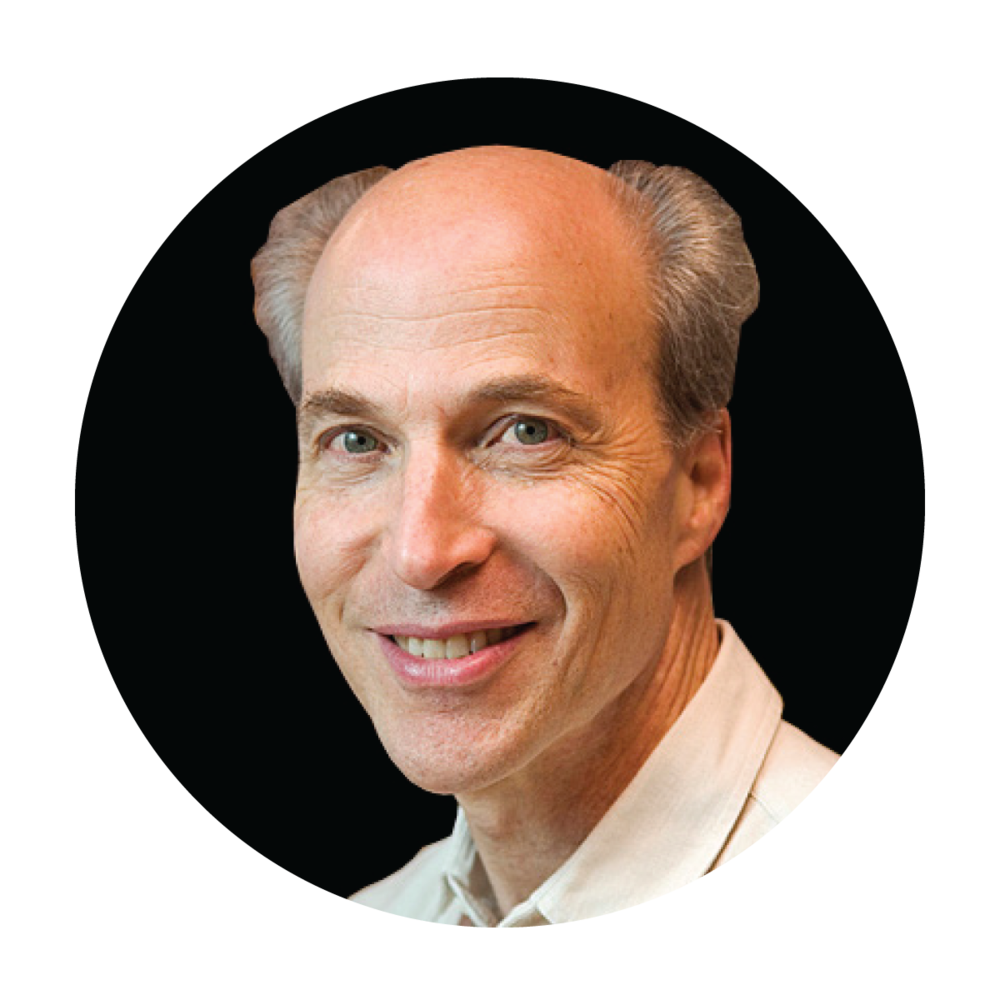 Roger Kornberg of Stanford University, a visiting professor at HU’s Department of Biological Chemistry for the past 20 years, wins the Nobel Prize in Chemistry for his studies of the molecular basis of eukaryotic transcription 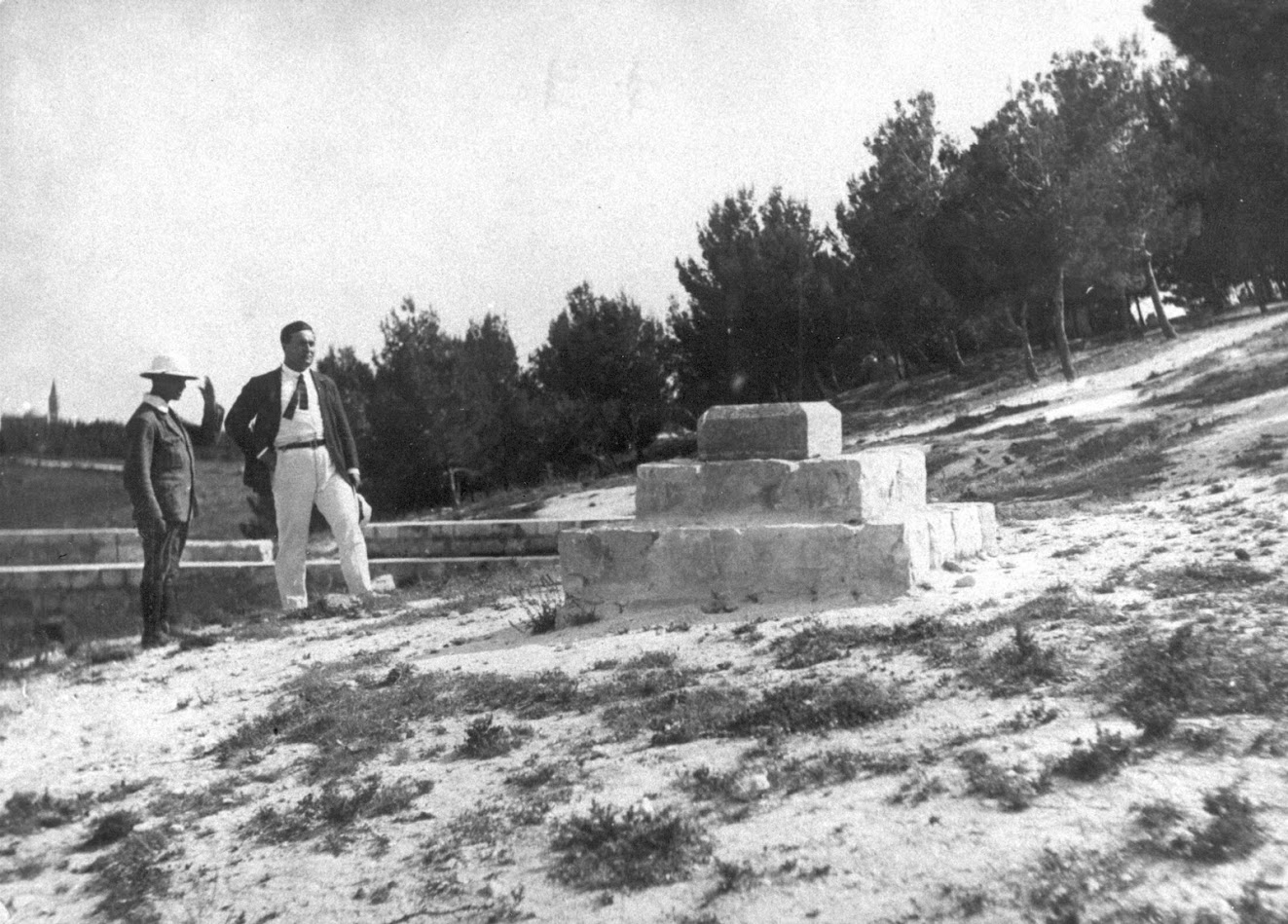 The 90th anniversary of the Hebrew University’s cornerstone laying 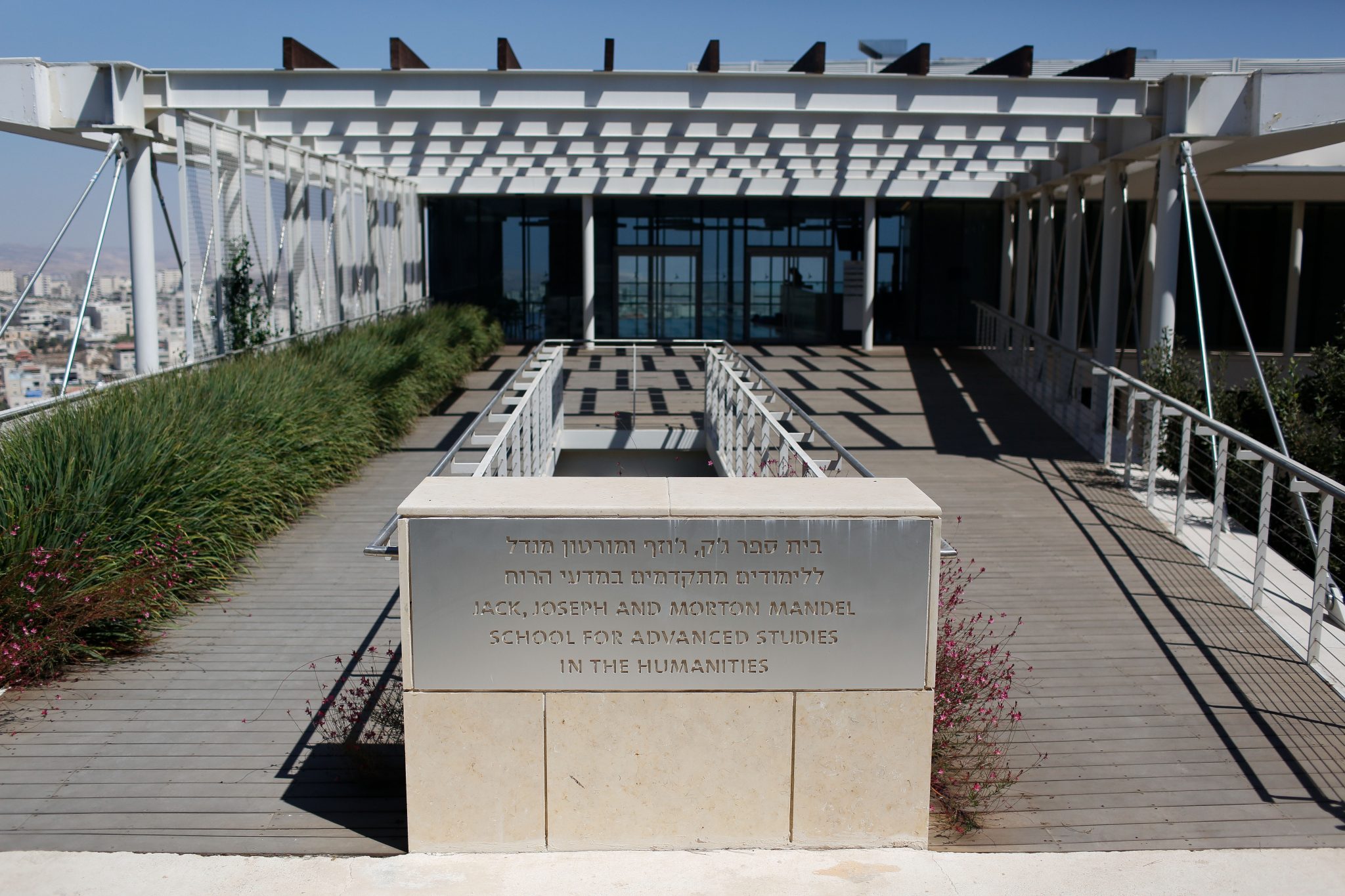 Establishment of the Jack, Joseph and Morton Mandel School for Advanced Studies in the Humanities 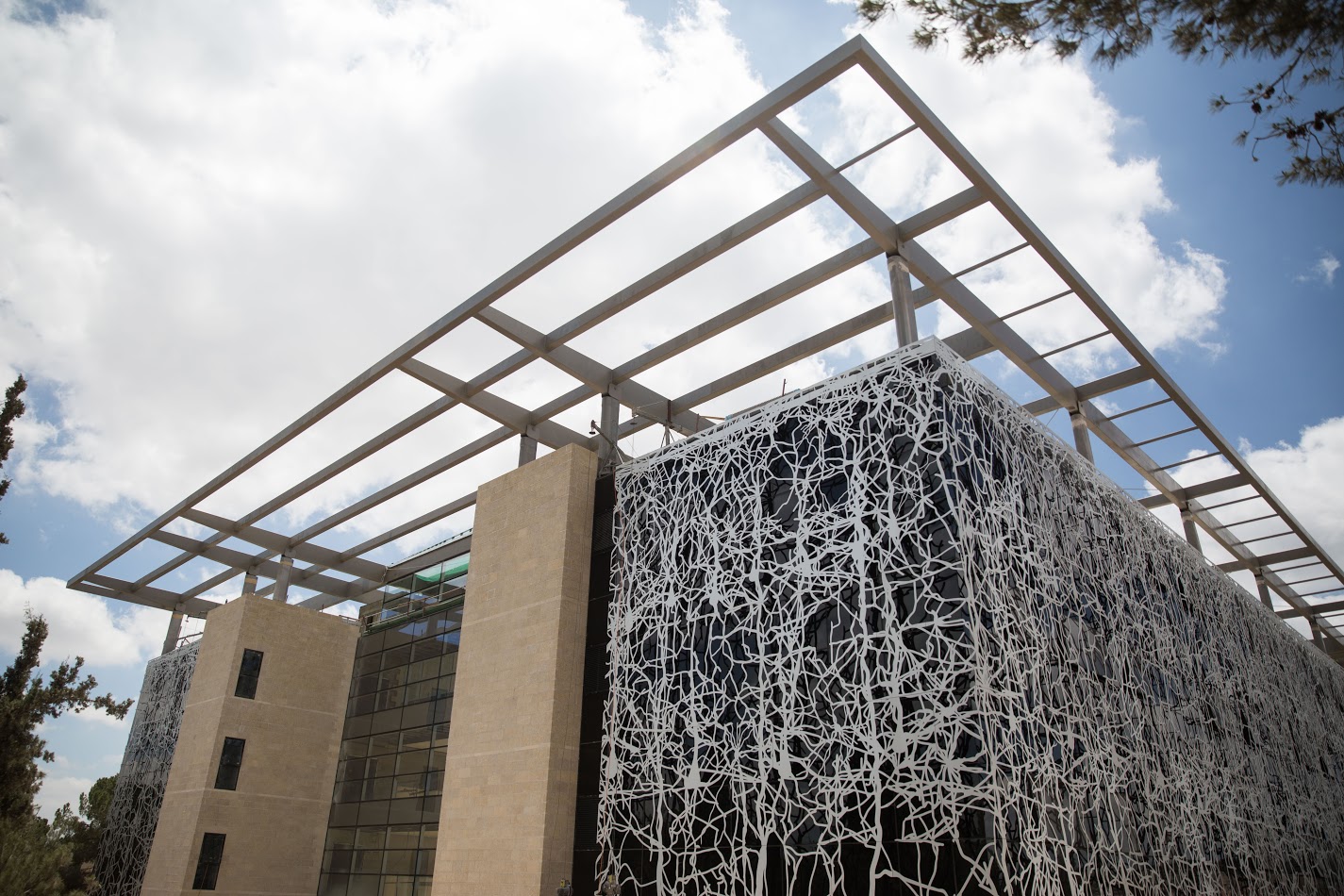 Groundbreaking for the Suzanne and Charles Goodman Brain Sciences Building 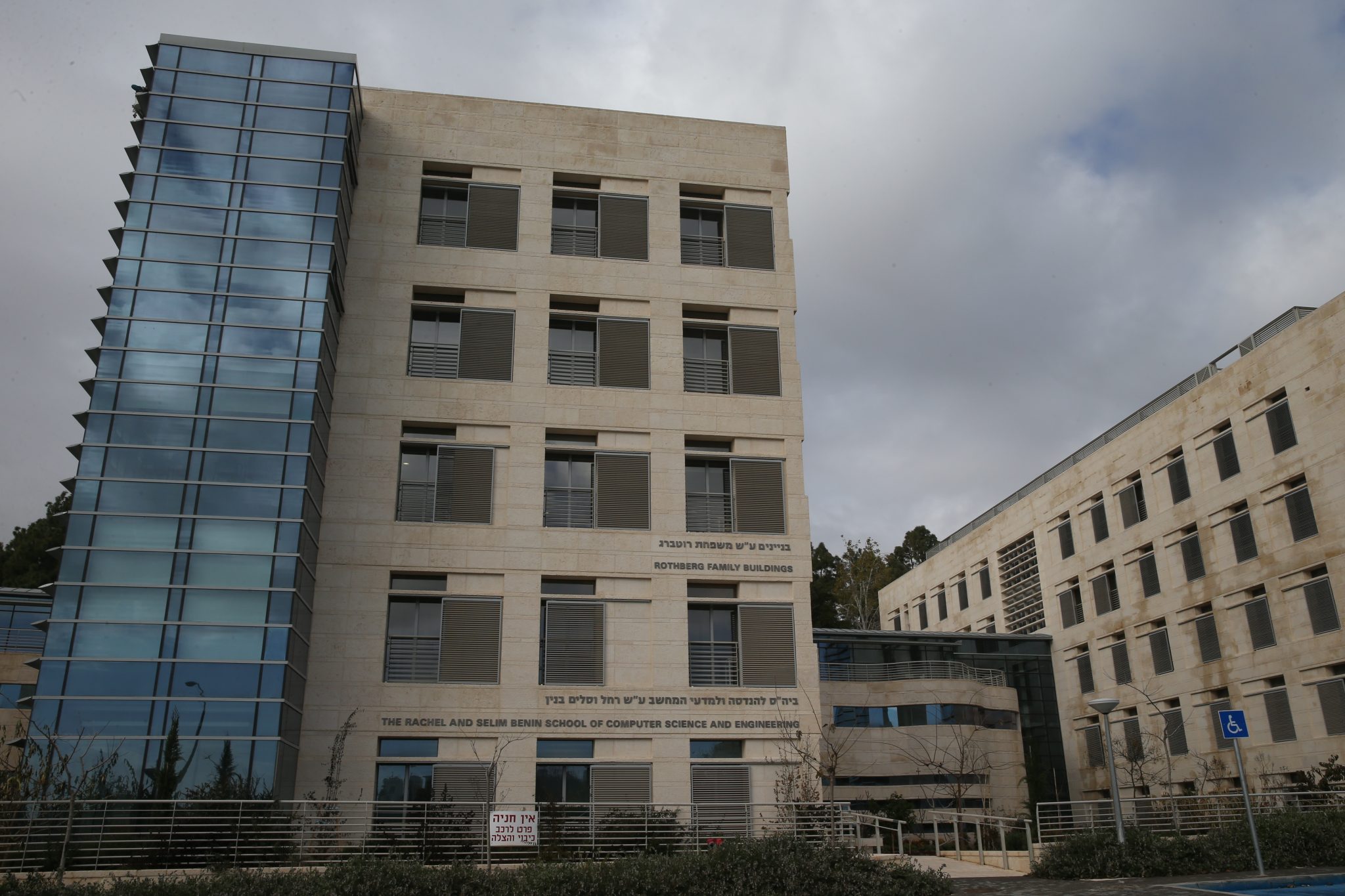 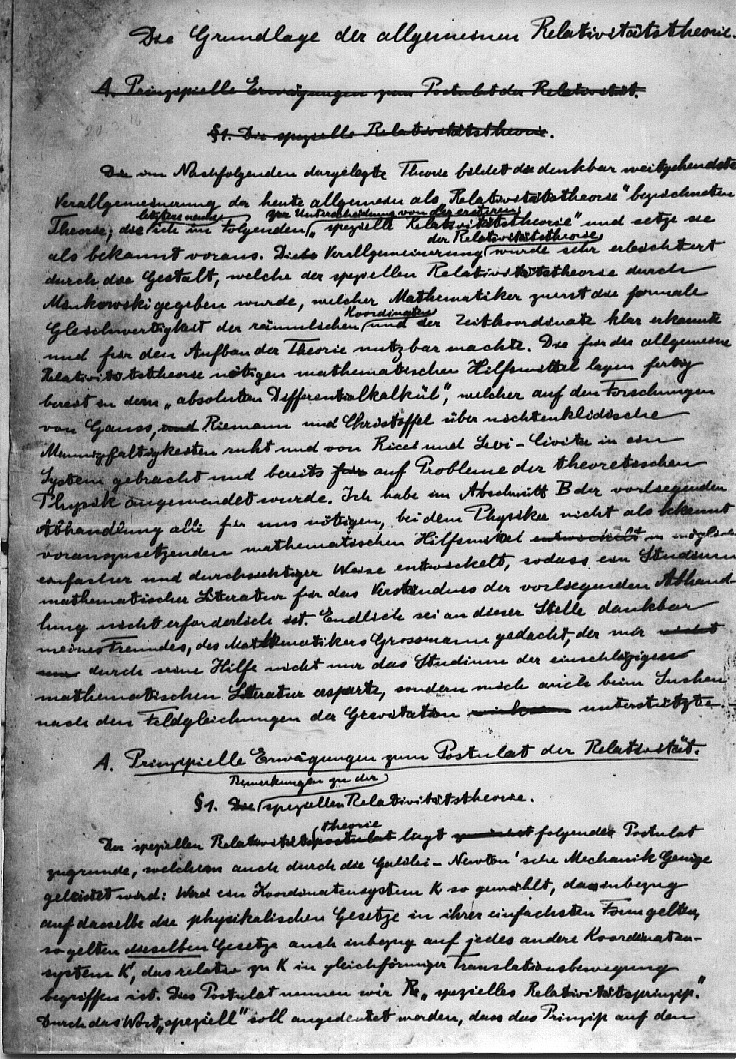 • Hebrew University celebrates its 90th anniversary, the 50th anniversary of the Harry S. Truman Research Institute for the Advancement of Peace and the 100th Anniversary of Albert Einstein’s Theory of Relativity
• Launch of the new building housing the Jack, Joseph and Morton School of Advance Studies in the Humanities
• Partnership with Cleveland Clinic for Center for Transformative Nanomedicine 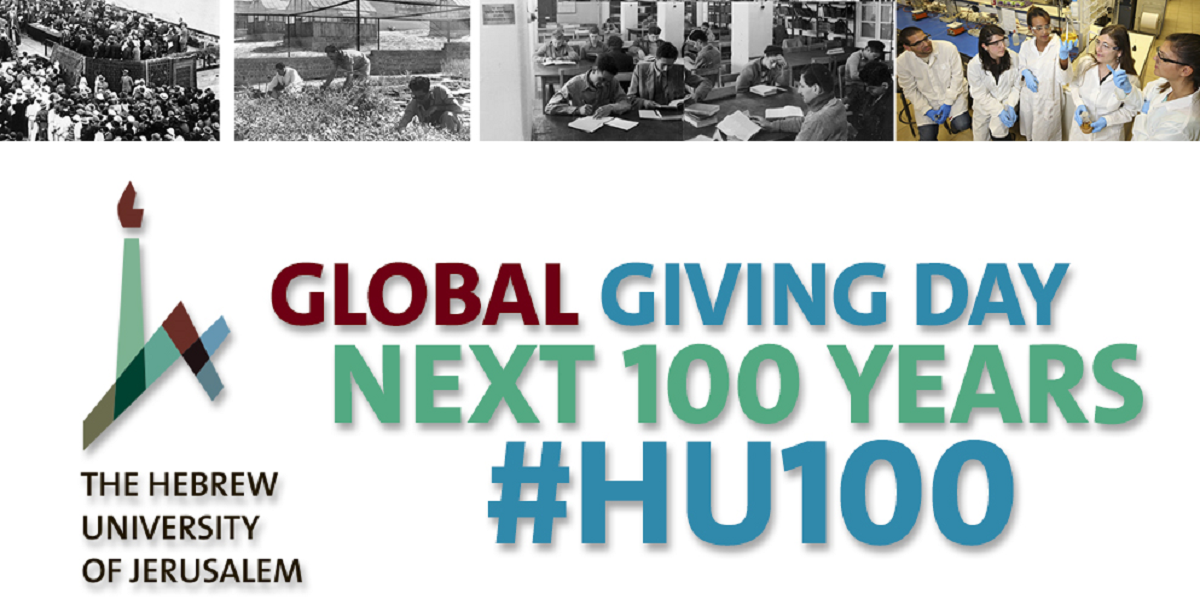