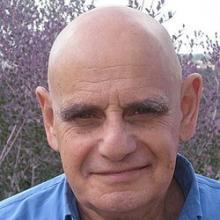 Prof. Yair Zakovitch of the Hebrew University of Jerusalem was announced as the recipient of the Israel Prize in Bible Studies on Tuesday, by Education Minister Yoav Gallant.

“Yair Zakovitch is one of the most original biblical scholars in Israel and around the world. In his works he explored the literary aspects of the Bible, and the intra-biblical interpretation and the evolution after the Bible,” said the Israel Prize Committee in its decision.

“In his essays he developed a special method for identifying interrelationships between the books of the Bible, through word games and weaving motifs,” added the committee. “He has published many important books and articles in Hebrew and English and has taught many students. Zakovitch also contributed greatly to bringing the Bible closer to the general public in his publications and lectures.”