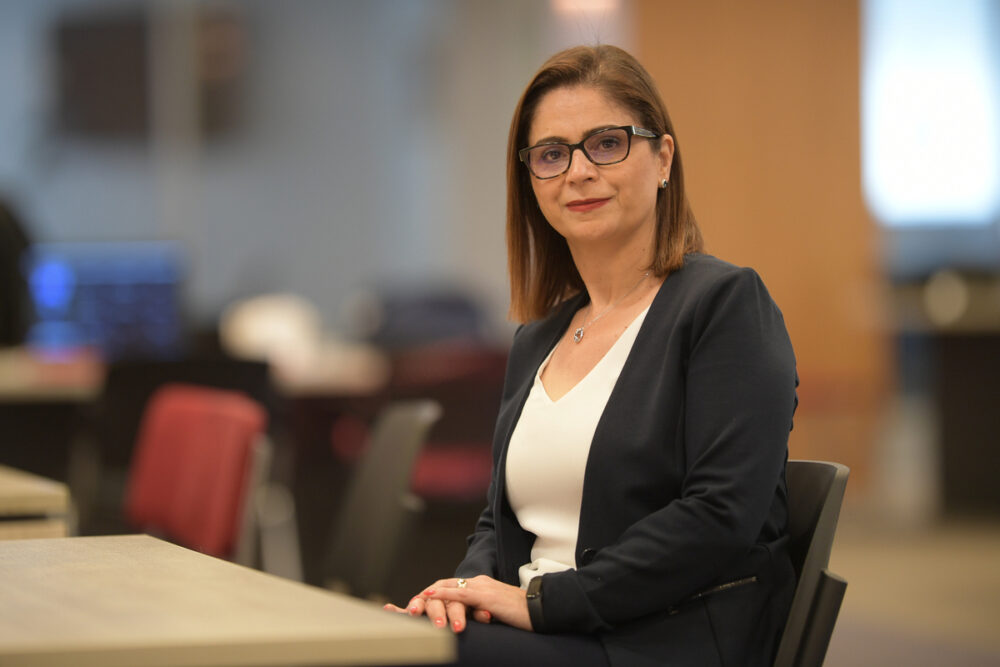 The Board of Governors of the Hebrew University of Jerusalem (HU) announced that Professor Mona Khoury-Kassabri has been elected Vice President of Strategy and Diversity at HU. As part of her new role, Khoury-Kassabri will be responsible for broadening the ranks of the university’s academic staff and student body with members from underrepresented communities in academia, including ultra-Orthodox Jews, Arabs, Ethiopians, and people with disabilities. In addition, Khoury-Kassabri will be charged with implementing the university’s strategic priorities, among them raising the social, economic, and environmental impact of the university, increasing the cross-disciplinary efforts among the university’s six campuses, and adapting teaching methods to the post-Corona period.

This is the first time in Hebrew University’s history that a member of the Arab community has been appointed to a senior position of vice president. It is also the first time that an Israeli a university created a senior role to strengthen diversity and inclusion.

“I am deeply honored to be the first Arab to serve as a Hebrew University Vice President. I feel confident that my experience both inside the classroom and in senior roles at the university will serve me well in promoting the strategic goals and inclusionary values of this great institution,” Khoury-Kassabri shared.  Currently, Khoury-Kassabri holds the Frances and George (z”l) Katz Family Chair at HU’s Paul Baerwald School of  School of Social Work and Social Welfare, where she also serves as the school’s dean (a position she will hold until the end of the 2020-2021 academic year).

“Multi-culturalism and diversity are at the very heart of Hebrew University,” added HU President Professor Asher Cohen, in support of Khoury-Kassabri’s appointment. “For this reason, we made the decision to formally create a senior position at the university that will focus on implementing these principles and the strategy to get us there. Professor Khoury-Kassabri is the ideal candidate. She champions diversity without compromising academic integrity or professionalism.”

Khoury-Kassabri holds three degrees from HU’s School of Social Work and Social Welfare. She completed her postdoctoral fellowship at the University of Chicago and was a researcher at the University of Toronto’s Faculty of Social Work. In 2014, she was appointed Advisor to the President of Hebrew University to increase Arab access to higher education and served in key positions on various committees, including head of HU’s Steering Committee for Israeli Hope in Academia. In 2018, she was appointed Dean of HU’s School of Social Work and Social Welfare. Her areas of research are school violence, juvenile delinquency, and cyberbullying.

HU’s Board of Governors also decided to reelect President Prof. Asher’s Cohen, especially in light of HU’s achievements during his tenure and his successful handling of the COVID-19 crisis at the university.  “Since assuming the University presidency four years ago, Professor Cohen has helped the university attain new research and teaching heights and placed the institution on stable financial footing,” shared Daniel Schlessinger, Chairman of HU’s Board of Governors. “The past year has been defined by deep challenges brought on by the global COVID-19 epidemic. We are particularly grateful for Cohen’s exceptional leadership throughout this time.”

After graduating from the Hebrew University with a B.A. in Economics and an M.A. in Psychology, Cohen completed his doctoral and post-doctoral studies at the University of Oregon.  He served as an assistant professor at Indiana University before returning to HU’s Department of Psychology as a senior lecturer and then department head.  Cohen began his tenure as president of Hebrew University in 2017 following his term as Rector.