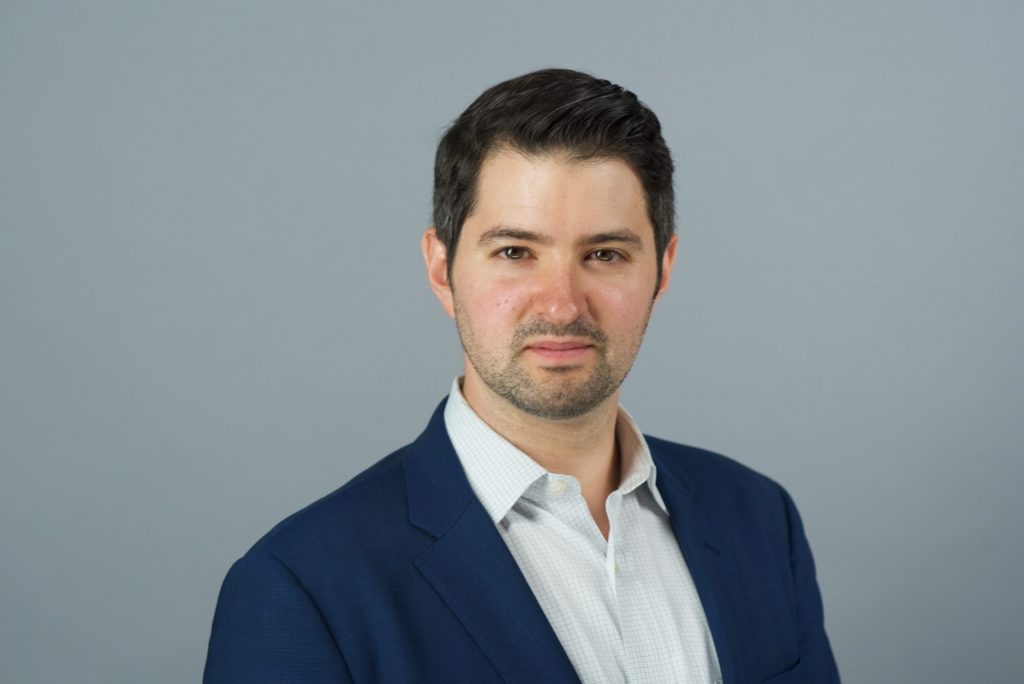 Over the past 15 years, Aaron Kaplowitz has actively worked to strengthen the U.S. – Israel alliance. After serving as the communications director at the Embassy of Israel in Washington, D.C., he moved to Manhattan and launched a government initiative to attract international companies to New York and help local businesses enter foreign markets. During his tenure as the Director of Global NY, Kaplowitz drew steady interest from Israeli companies looking to establish a presence in New York.

Today, he is the founder and president of the United States – Israel Business Alliance, a national organization committed to building relationships between individual states and Israel. With offices in New York City and Miami, the United States – Israel Business Alliance has taken governors to Israel and established itself as an indispensable resource for U.S. companies looking to tap into Israel’s innovation economy. Kaplowitz, who spent the spring of 2005 studying at Hebrew University of Jerusalem’s Rothberg International School, credits his semester abroad as a formative experience that helped lead him down this career path.

“Hebrew University provided the perfect balance for a study abroad program,” Kaplowitz says. “The classes were interesting, the nightlife was vibrant, and Jerusalem had this unique energy that doesn’t exist anywhere else in the world.”

Aaron studied at HU at a time when Israeli society was grappling with the disengagement from Gaza. “In the mornings we’d attend classes about Israel’s political dynamics and in the afternoons we’d head downtown, where citizens marched through the streets protesting a significant decision that would change the country’s trajectory.

In addition to his studies, Kaplowitz interned as a sports reporter for the Jerusalem Post. “That was easily the most fun job I’ve ever had,” he says. “As a journalism major, this was my first real opportunity to work as a reporter, and that experience gave me a tremendous advantage when I returned to campus for my senior year.”

He speaks fondly of his time on Mount Scopus. “Every morning, we’d drink lattes in the Rothberg cafe and recap the previous night’s shenanigans – while European techno music blared over the speakers and our classmates from Argentina and Sweden argued loudly with each other in Hebrew about soccer.”

Kaplowitz and his friends also made a point to spend Shabbat as guests in different communities around Israel.

“We wanted to understand how Jews from eclectic backgrounds came together to create a thriving country,” he says. “Shabbat in their homes offered an authentic surrounding and broadened my understanding of what it means to be an Israeli today.”

But his most vivid memories are from the Shabbat dinners spent in Jerusalem among his HU friends.

“On Fridays, we’d all head to the shuk and buy all sorts of dips and fresh produce,” he recalls. “And for Friday night dinner, we’d snake a bunch of narrow folding tables through the hallway of the student floor at the Jerusalem Gate hotel and hang out for hours.”

Aaron still maintains contact with many of his HU friends, who, every so often, reminisce about the break between Ulpan and the start of the spring semester, when more than 50 of them chartered a coach bus and headed to Eilat for the long weekend.

He claims that his time in Jerusalem helped solidify his relationship with Israel and when his organization takes elected officials and business leaders to visit the Start-Up Nation, they make sure to add Hebrew University to the itinerary.

“If you want to establish lasting ties with Israel, universities have to be included in the process,” he says. “And when you bring these leaders to the top of Mount Scopus and they look down toward the Old City surrounded by a bustling, modern society, they want Israel to be part of their future.”