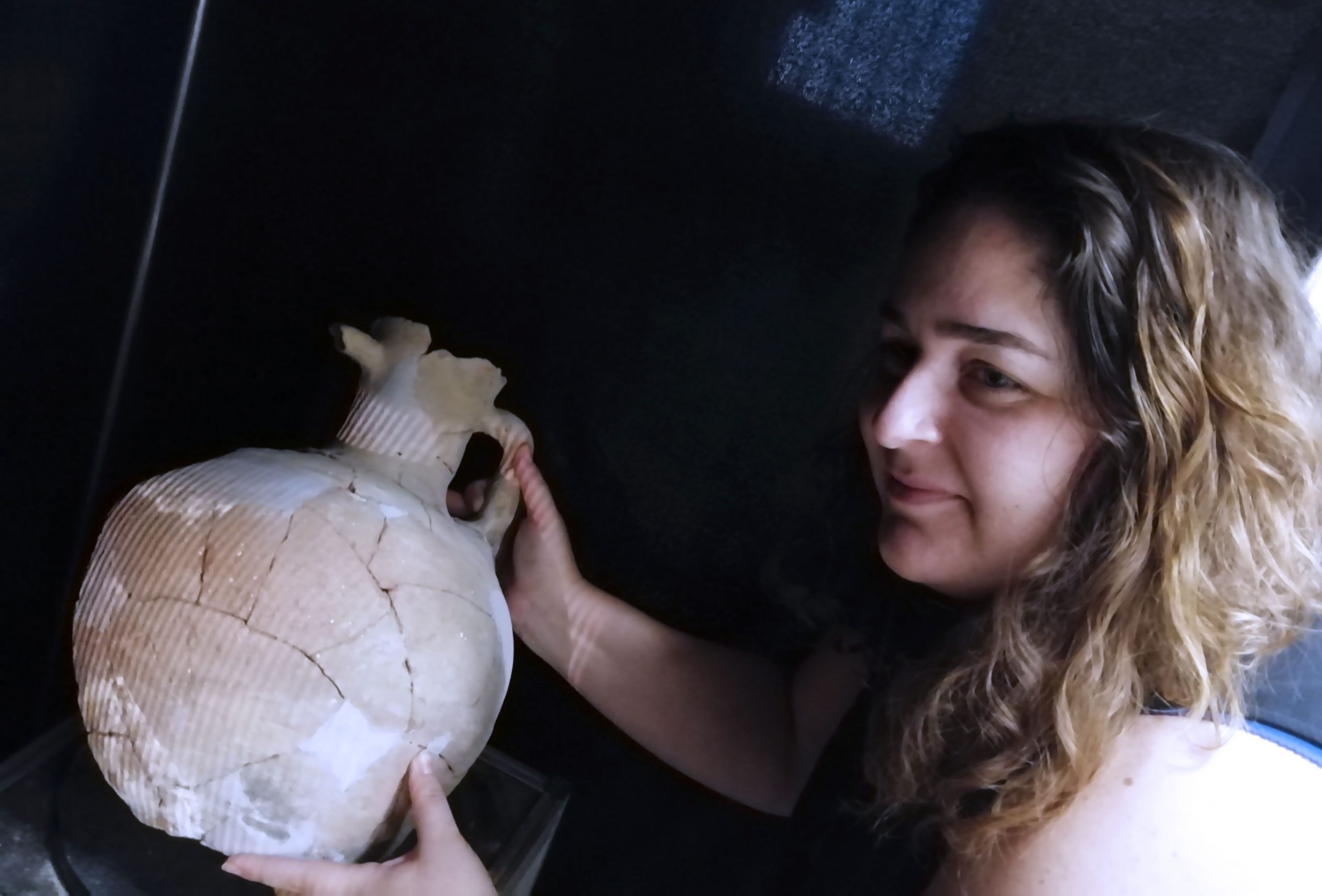 Archaeologists May Have Discovered Precise Dimensions of Ancient Biblical Measure

Archaeologists May Have Discovered Precise Dimensions of Ancient Biblical Measure

Storage jars form one of the main ceramic types which were produced and abundantly used ever since pottery was invented. The need to collect, store, and distribute agricultural products such as grains, oils, and wine in large vessels has littered excavation sites with an abundance of ceramic jar fragments of various designs, sizes, and shapes. However, for all of their variety, three Israeli archaeologists, Hebrew University of Jerusalem’s Ortal Harush, Israel Antiquities Authority’s Avshalom Karasik, and Weizmann Institute’s Uzy Smilansky found an astonishing common denominator among storage jars in Israel over a period of 350 years: the inner-rim diameter of the jar’s neck.

The distribution of this diameter is consistent with measurements of the palm of a (male) hand and, according to the authors, this match is not coincidental. It may reflect the use of the original metrics for the biblical measurement of the “tefach,” a unit of measurement that was used primarily by ancient Israelites, appears frequently in the Bible and is the basis for many Jewish laws. Their findings were published in BASOR, the Bulletin of the American Schools of Oriental Research. 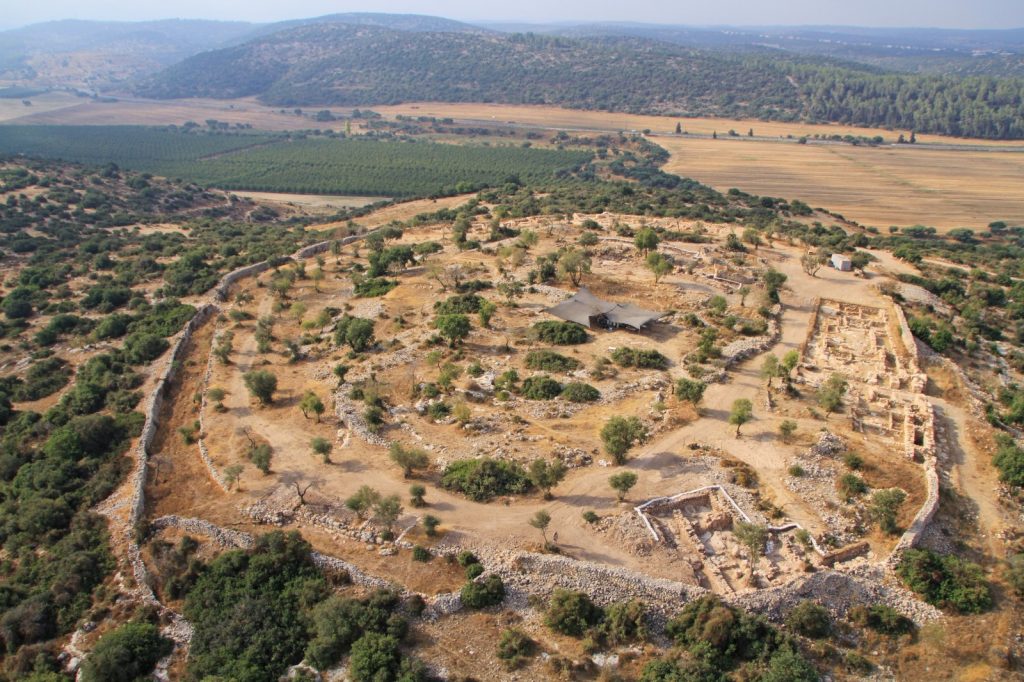 “It was natural for the ancient potters to adopt the handbreadth—tefach—standard. It was a unit of length that was widely used in ancient times, and is mentioned both in Assyrian and Egyptian sources and in the Old Testament, for instance: Numbers 25-25, Numbers 37-12,” the researchers shared.

The team did 3D scans of 307 Iron-Age jars found in Khirbet Qeiyafa (Judah Kingdom; early 10th century BC), “hippo” jars from northern Israel (Israelite Kingdom, 9th Century BC—nicknamed for their large size and loop handles which resemble hippopotamuses) and royal Judah Kingdom storage jars (8-7th Century BC). The researchers observed large variations between the jars—even those from the same time period and geographic region. Only one measure remained constant: the averaged inner-rim diameter which always measured, with a standard deviation, between 8.85 and 8.97 centimeters. 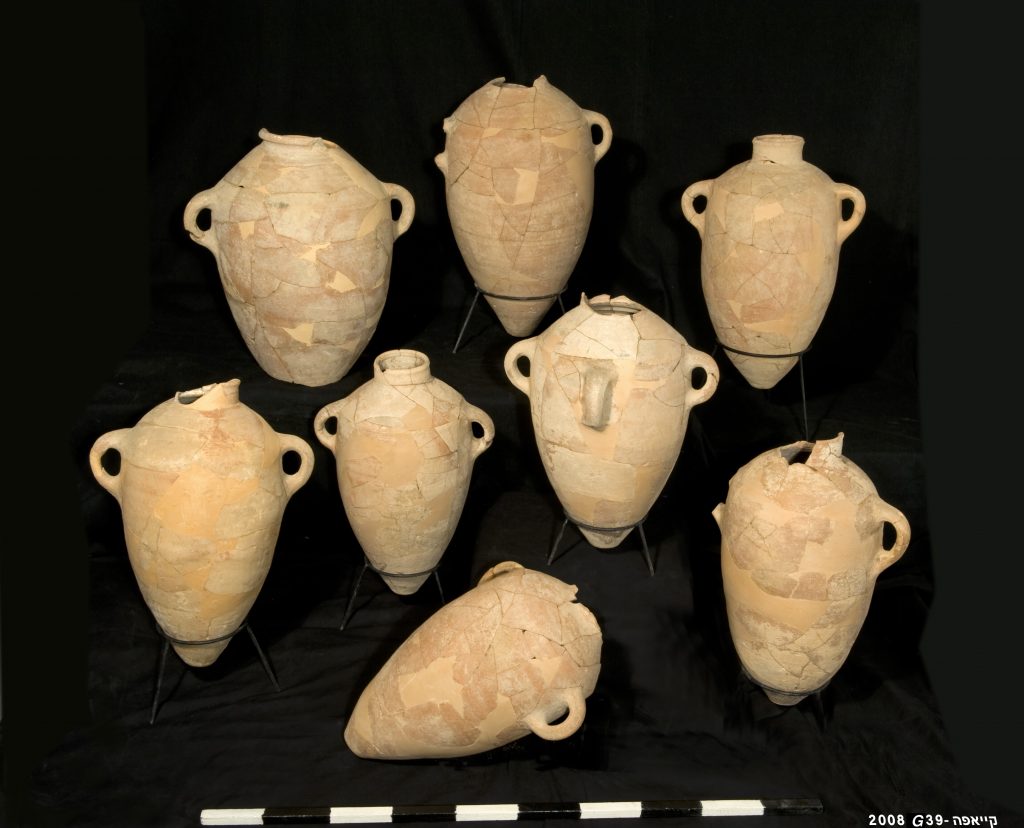 The distribution of this diameter is statistically identical to the hand’s breadth of modern man. To gain data on the standard measure of a modern man’s palm, the team tapped measurements taken by the U.S. Army when ordering gloves for their soldiers, the mean value being 8.670.48 cm, which is consistent with the measurements taken from the ancient jars. Though human heights and weights have changed over time due to improved diet and health, previous research has shown that palm dimensions have not changed much over the last 3,000 years.

As to why the inner rim remained consistent while the overall shape of the jar varied so much, our Israeli group of researchers has several theories. It was a natural choice for ancient potters to use their palms as the standard diameter for jar openings—it was easy to implement when working on the wheel: the potter could simply use her/his palm as a tool. Further, storage jars were multiuse items, which meant their openings had to be large enough to allow for cleaning between uses and this involves fitting your hand into the jar.

However, there is another, ancient aspect that may explain the connection between the uniform neck diameters. It is based on the highly-regarded and observed purity laws in The Old Testament. The Book of Numbers deals with the question: What is the status of jars that were left in the vicinity of a corpse—are they impure or pure?

“This is the law, if a man dies in a tent, anyone entering the tent and anything in the tent shall be unclean for seven days. Any open vessel which has no seal fastened around it becomes unclean.” (Numbers 19: 14-15)

It is clear from this passage that the contents of a jar become impure—and therefore unusable– unless there is a special seal on its top. This ruling had serious economic ramifications. Imagine having to throw out valuable stores of grain and oil after Grandpa Ezekiel died in the family tent. Subsequent Jewish traditions quantified these rules of impurity, stating that the minimal opening size through which impurity may enter is the square of a hand’s breadth by hand’s breadth.

“According to the Oral Tradition, it was taught that the verse is speaking only about a ceramic container, for it is a container that contracts impurity only through its opening.” (21.1) – Maimonides’s Code of Jewish Religious Law, Mishneh Torah.

Here Maimonides brings down an ancient tradition vis a vis the laws of impurity, stating that a round opening with a maximum diameter of one hand’s breadth, or tefach, would ensure that the jar’s content would still be pure even if it were stored near a corpse. From here it would make sense that potters would create storage jars with a tefach, or hand’s breadth, opening.

For the purposes of storage and transport, a jar opening should be small. On the other hand, pouring, cleaning, and easy manufacturing would dictate a large opening, at least a hands width. Perhaps, the final convergence to a one handbreadth opening killed several birds with one stone and kept in mind the spiritual, legal traditions regarding the minimal window through which impurity could defile the contents of a ceramic vessel and thus make them unusable.

Over time, different rabbis attempted to provide conversions of the traditional biblical measurements to our modern measurement. The conversions for the tefach vary, with competing theories brought forth by Avraham Chaim Naeh and the Chazon Ish, both 20th-century Orthodox rabbis who lived in pre-State Palestine. According to Rabbi Chaim Naeh, one tefach = 8 cm, whereas according to the Chazon Ish one tefach = 9.6 cm. The uniform opening of the ancient storage jars, which falls between 8.85-8.97 cm, falls squarely in between these two opinions and may shed light on the dimensions of the biblical tefach and, because we no longer hold by purity laws when it comes to the contamination of stored items, elucidate just how tall your sukkah can be, down to the last centimeter.

CITATION: The Morphology of Iron Age Storage Jars and Its Relation to the Handbreadth Measure (Biblical Tefach). Avshalom Karasik, Ortal Harush, and Uzy Smilansky. Bulletin of the American Schools of Oriental Research. DOI: 10.1086/710529.

It is a fact that has long baffled doctors: Cancer in the small intestine is quite rare, whereas colorectal cancer,...
READ MORE