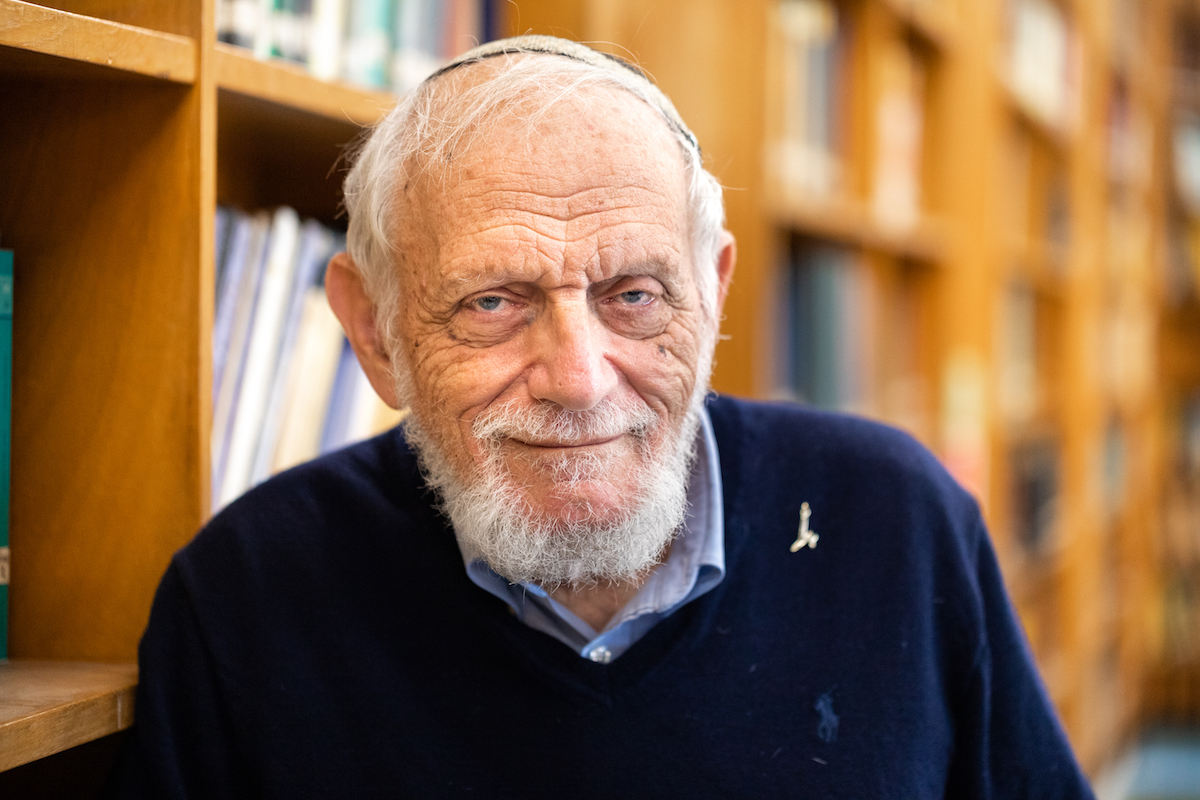 Today, the Norwegian Academy of Science and Letters announced it will award the Abel Prize to Hillel Furstenberg at the Hebrew University of Jerusalem and Gregory Margulis at Yale University “for pioneering the use of methods from probability and dynamics in group theory, number theory and combinatorics.”

The Abel Prize was established by the Government of Norway in 2001 “to give the mathematicians their own equivalent of a Nobel Prize” and carries with it a cash award of 7.5 million Norwegian Kroners ($834,000 USD). Furstenberg, a Kristallnacht survivor, is the first Israeli to win this prestigious prize.

Furstenberg and Margulis invented random walk techniques, a central branch of probability theory. A random walk is a path consisting of a succession of random steps. These techniques were used to investigate mathematical objects and introduced probabilistic methods to solve many open problems in group theory, number theory, combinatorics and graph theory.

“Furstenberg and Margulis stunned the mathematical world by their ingenious use of probabilistic methods and random walks to solve deep problems in diverse areas of mathematics,” shared Hans Munthe-Kaas, chair of the Abel committee. “They brought down the traditional wall between pure and applied mathematics,” he continued, “and opened up a wealth of new results…with applications to communication technology and computer science.”

Furstenberg was born in Berlin in 1935. His family fled Nazi Germany in 1939 and settled in the United States.  Already as an undergraduate, Furstenberg began to develop a reputation as a promising mathematician. When he published one of his earliest academic papers, rumors began to circulate that “Furstenberg” wasn’t an individual but rather a pseudonym for a group of mathematicians. How could it be that one person could pull ideas from so many different areas?

After teaching at several leading American universities, including Princeton, M.I.T., and the University of Minnesota, Furstenberg moved to Israel in 1965 to join Hebrew University’s Einstein Institute of Mathematics. This move helped establish Israel as a world center for mathematics, and Furstenberg went on to win the Israel Prize in 1993 and the Wolf Prize in 2007.

“Professor Furstenberg’s Abel Prize is a true honor for Hebrew University and for Israel, as a whole”, shared Hebrew University President Professor Asher Cohen. “Hillel is not only a world-class mathematician but a mensch and mentor to scores of students who have already changed the face of mathematics. We couldn’t be prouder of his award, a Nobel-level achievement.”

Like Furstenberg, Russian-born Margulis was also heralded as a leading mathematician from a young age. However, being Jewish in the Soviet Union meant Margulis was unable to secure a job at Moscow University and he ultimately emigrated to the United States and began working at Yale University. Due to the 10 years’ age difference between them and to travel restrictions in the Soviet Union, the two laureates did not formally collaborate, however, they did influence each other’s work.

This year’s Abel Prize Award Ceremony will take place at a later date when His Majesty King Harald V of Norway will present the Abel Prize to the laureates. The original ceremony, scheduled for May 19, has been postponed due to the corona outbreak.