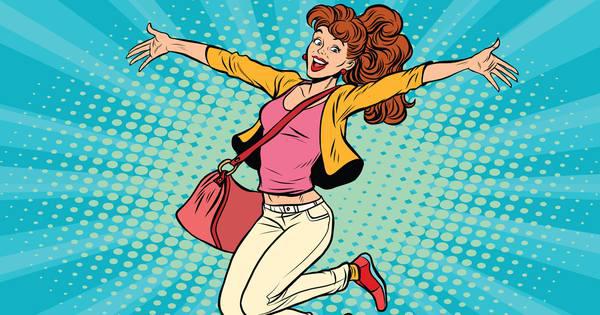 4 reasons being single is good for your body and soul

4 reasons being single is good for your body and soul

Tired of swiping right on that dating app? Not to worry. Feeling pressure from your parents and friends to settle down and get married? Take a breath and relax.

Decades ago, there may have been more of a stigma attached to being single, but that’s changing with each passing year. In Europe, more than 50 percent of households in major cities are occupied by singles. In the U.S., 22 percent of adults were single in 1950. Today, that number is more than 50 percent. One in four newborns in America are predicted to never marry.

Sociologist Elyakim Kislev, a professor at Israel’s Hebrew University, is the author of the new book “Happy Singlehood: The Rising Acceptance and Celebration of Solo Living.” The 37-year-old Kislev, who himself is single, is not anti-marriage. He’s just advocating for society to be more open and embracing of people who are single.

Marriage could literally be killing you. Kislev points to studies showing that divorced people have a reduced risk of heart attacks and that they usually end up losing weight after they separate. “In my own research, I show that singles eat more healthy. They take care of themselves more. They exercise more. They have more physical activity.” One area this manifests itself is in the food we choose to eat. The eating habits of a married person are often influenced by a partner or the family unit as a whole. If your spouse or child is eating donuts and leaving the box on the kitchen counter, you’re more likely to eat them as well. “But if you’re alone, and really focus on your needs, you eat healthier,” he explained.

“Basically we have this notion that our society is less and less social, but studies actually show that the population that is less social are the married ones,” Kislev said. He points to a study of married and never married people that tracked them from the 1980s to the 2000s. “They showed that married people become more and more isolated and less social during these years, while single people became more adept at building social networks and having more friends and more social activities.”

Read the entire article at From the Grapevine