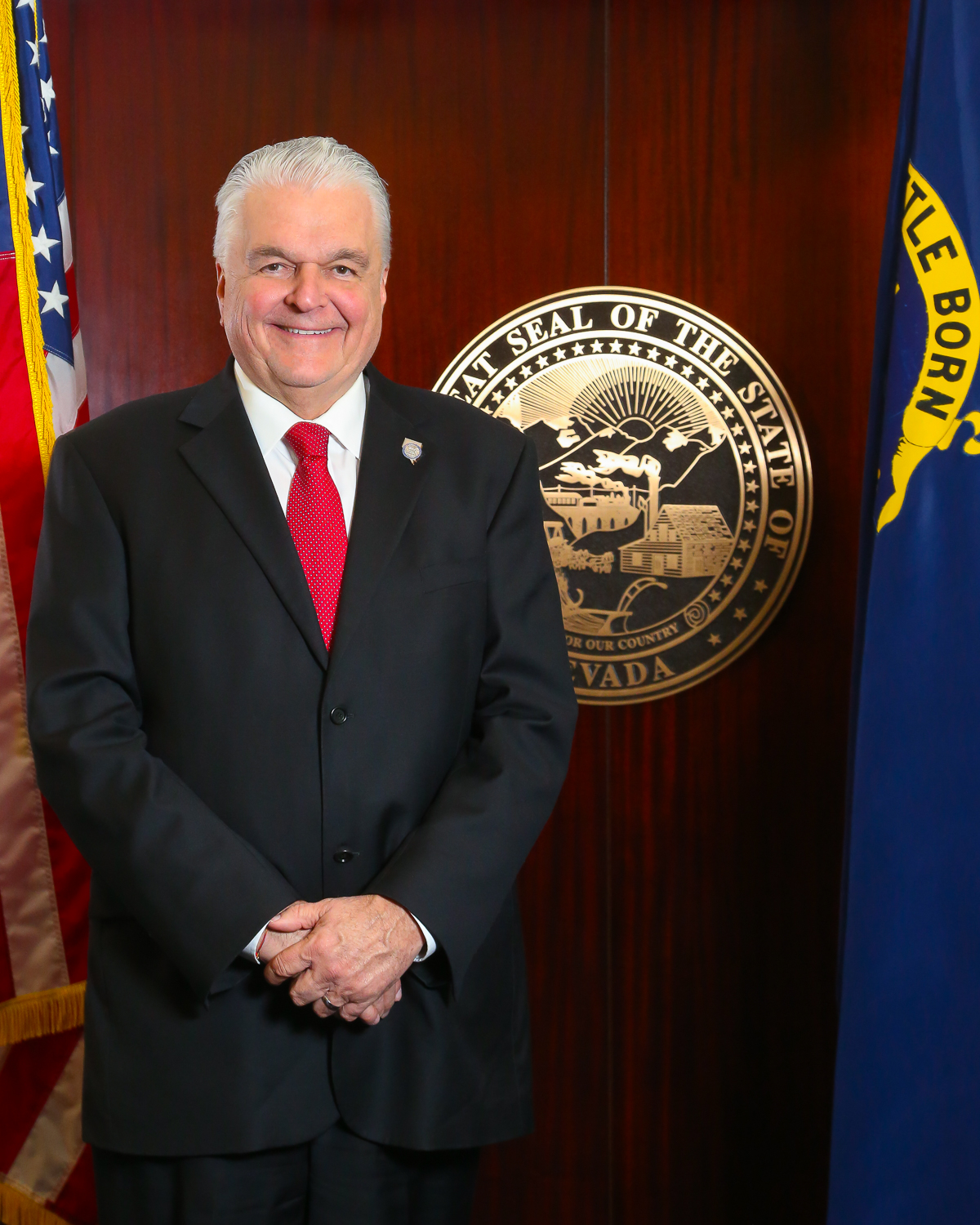 STEVE SISOLAK is the 30th Governor of Nevada. In this pivotal leadership role, Governor Sisolak has been working to strengthen Nevada’s economy by diversifying the state’s industries and attracting job-creating companies to the Silver State. He has sought to provide quality, affordable healthcare for all Nevadans, and advance measures to keep Nevadans safe, among other progressive causes. Governor Sisolak is Chairman of Nevada’s Governor’s Office of Economic Development and its Board of Finance.

Previously, Steve Sisolak was elected Chairman of the Clark County Commission, managing the state’s largest county budget and leading the county through the Great Recession. A staunch advocate for Nevada’s students, he served on the Nevada Board of Regents for a decade, fighting for increased funding of higher education. As Governor, he continues to champion early childhood programs, address school safety, and work toward providing upgraded infrastructure and services for Nevada schools at every level of education.

Born into a working-class family in Milwaukee, Wisconsin, Steve Sisolak put himself through college at the University of Wisconsin-Milwaukee, earning an undergraduate degree and a master’s degree. A successful entrepreneur with extensive business experience, he became a partner in the American Distributing Company and Associated Industries.

When Steve Sisolak relocated to the Southwest, he put down roots in Las Vegas, where he built his own communications business while raising his two daughters on his own as a single father. Throughout his prolific career as a politician and a businessman, he has been involved with many civic, charitable, and entrepreneurial organizations devoted to the public good. Among these are the Henderson Chamber of Commerce, the American Red Cross-Clark County Chapter, the UNLV Alumni Association, Seniors United, the Las Vegas Chamber of Commerce, the Las Vegas Better Business Bureau, the Boys & Girls Club, Hispanics in Politics, St. Joseph Husband of Mary Catholic Church, and the Las Vegas Partnership for Homeless Youth.  He serves on the Board of Directors for Jobs for America’s Graduates.