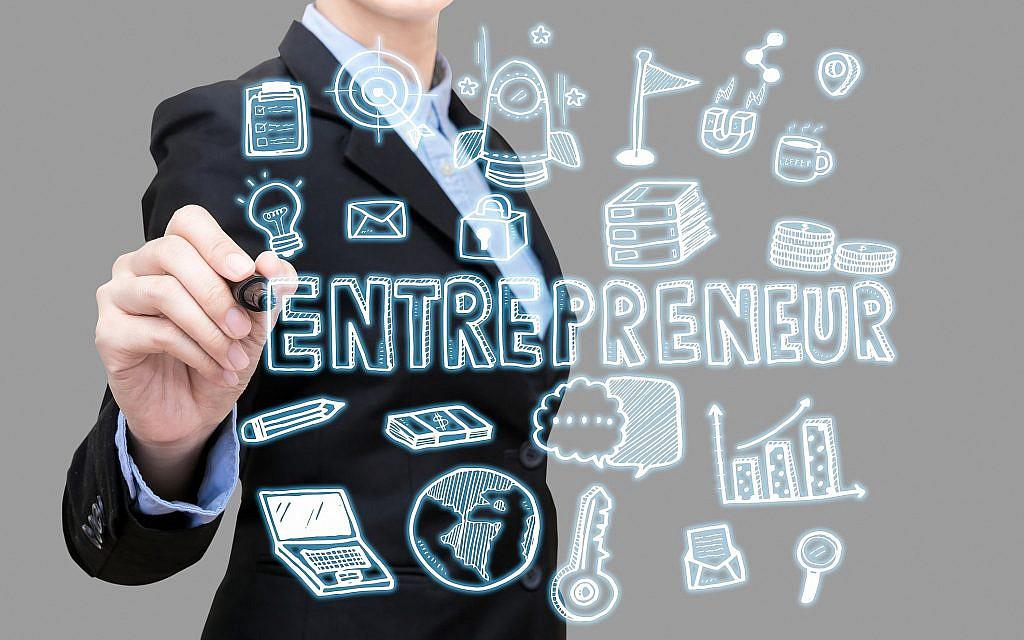 In Israel, which boasts the greatest number of startups per capita in the world, and sports the nickname Startup Nation, entrepreneurship courses have been sprouting at universities and colleges throughout the country to meet a grassroots demand. These programs aim to arm students with much needed theory along with a toolbox of mentorships, networking and tips on how best to approach investors for funding.

The Hebrew University of Jerusalem, however, now wants to make entrepreneurship part of the staple diet of all of its students — including historians, engineers and philosophers.

“Our vision is that each and every student, from semester one in year one, will learn something about innovation,” said Amnon Dekel, the newly appointed managing director of HUstart, the Hebrew University Innovation and Entrepreneurship Center, in an interview with The Times of Israel. “In this century, as you go forward in life, whether you work in tech or in services, you need to be innovative and an entrepreneur.”

Appointed to the post in July, Dekel will lead Hebrew University’s push to spearhead the development of technology from the huge amount of research within its ivory towers while at the same time helping the university become an integral part of Jerusalem’s tech ecosystem.

“The Hebrew University had an image perhaps of an old, not progressive environment,” he said. “I have met with our researchers at our labs, and there are seriously innovative world-changing technologies that are being developed. The researchers… were hungry to collaborate, they want to create more startups and take our technologies out into the world.”

The university today has a critical mass of research in its pipeline. With the right channeling it can lead to “a huge explosion of things that can happen. The ground is fertile.”

Innovation and entrepreneurship, Dekel said, are skills that can be learned, and because they entail being able to identify and solve problems, are needed by everyone in the workforce today.

The university plans to strengthen its curriculum with project-based learning, including courses and entrepreneur workshops. Those students who have developed an idea and want to take it forward, in any field, will be encouraged to join accelerator programs and may also get university funding for their initiatives. The highest level will see the student-entrepreneurs build companies within the university and then take them to the market.

“We are planning to set up a special student fund,” Dekel said. “The idea is to encourage students to move from ideas to products.”

The university is planning to reach out to philanthropists to finance its plans, he said.

The university’s new management is on board with this change, Dekel said. President Asher Cohen took his post in September last year; Yishai Fraenkel, who served as VP of Intel Corp’s New Technologies Group, was appointed as director general of the university in October 2017; and Yaron Daniely, who hails from the tech scene, was chosen last year to head Yissum, the technology transfer arm of the university that spearheads the commercialization of technologies developed in the university.

“Universities have two major reasons to exist,” said Dekel. The first aim is to create knowledge through research. The second is to “train people for life, enable graduates to be prepared for their professional lives.”

So the challenge, he said, is to “open up any bottlenecks to enable the creativity that exists in all of our students, faculty and officials.”

Success will be measured by the number of startups generated from the university, the success of graduates in their careers, and the level of interest students retain for their university studies.

“Higher education is going through disruption,” Dekel said. Costs are too high for many, and online universities and alternative colleges and programming courses are becoming more appealing. “Many feel it is not always necessary to get a professional degree. By doing what we are doing, we create and provide more value for people.”

“Universities must stay ahead of the curve,” he said. In addition, because the tech industry is changing so fast, there needs to be “cross talk” between professional training and academic studies. “We want everyone on board,” and no study area is irrelevant, he said.

In parallel, the university will be reaching out to the growing tech ecosystem in Jerusalem — both the industry and investors — and the public sector to see what pressing problems their researchers and students can address. It will also be reaching out to other schools, like the Bezalel Academy of Arts and Design, as well as other partners, to collaborate on interdisciplinary projects.

“We want HUJI to strengthen and be strengthened by the Jerusalem tech ecosystem,” Dekel said. “We want to take our knowledge and create something greater.”