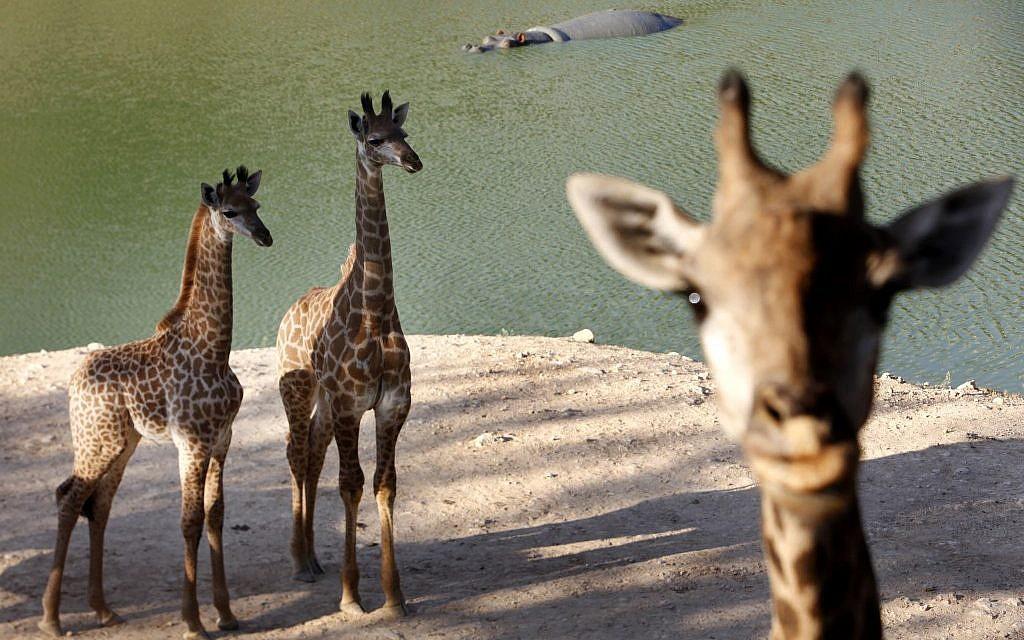 Researchers in Israel, Canada, and Germany have found that animals with larger pancreatic cells tend to age faster, while those with smaller such cells seem to live longer.

They came to this “shockingly beautiful and unexpected” correlation, said Yuval Dor, who studies developmental biology at The Hebrew University’s Hadassah Medical School in Jerusalem, after studying the pancreases of 24 mammalian species, from the smallest, a shrew, to the tallest, a giraffe.

The findings were published on Monday in the journal Developmental Cell.

Previously, scientists had thought that after birth, most mammals’ organs, including the pancreas, grow by cell proliferation — meaning the number of cells grows. However, Dor and his colleagues made a chance observation while at work: they needed a higher magnification to look at pancreatic cells of newborn mice through a microscope than they did to look at those of adults. This suggested that the volume of each cell had substantially grown from infant to adult life.

“This was surprising because the assumption was that post-natally, the pancreas grows by increasing the number of cells, just as most organs do,” said Dor. This was not the case in mice, where the cells grew both in number and in size.

So, the researchers then looked at the same cell type in humans. There, they found cell replication — i.e., the number of cells were higher as the individual grew older, but the cells were not larger in size. Thus, humans belong to the group of mammals that have small cells.

This got them curious, so they ventured to neighboring labs, at the Jerusalem Biblical Zoo and Kimron Veterinary Institute. There, they examined pancreases from a variety of mammals, from tiny Etruscan shrews to tigers.

In humans, the cells do not expand in size but in number, and as expected, humans live for a very long time, said Dor. When comparing the pancreas cells of mice and the naked mole rat — two mammals that are more or less of the same physical size — they found that mice, which live just some three years, had large pancreatic cells, whereas the mole rat had small cells. Mole rats live some 30 years, by the way.

Similarly, rats, with large cells, live for around three years, whereas fruit bats, which are also similar in physical size to rats, but have smaller cells, live for some 25 years, he said.

“We don’t understand why this is,” he said. But the finding was “interesting and fun.”

The researchers believe that a protein that functions at the junction between cell size and lifespan, called mTOR, may be the molecular mechanism that is responsible for the correlation they found.

The researchers have some theories as to why this correlation may exist, Dor said. It could be that this study gives a molecular “face,” or backing, to an evolutionary theory of aging, which suggests that aging is the unintended consequence of mechanisms that are advantageous during reproduction age.

Bigger cells in mice, for example, allowed them to grow faster in a shorter time span, leading to a shorter time to sexual maturity and reproduction. But this comes at a cost of faster aging and earlier death.

“This might explain why some mammal species sacrifice longevity for the rapid early organ growth associated with cell growth instead of replication: you get the selective advantage in early life but you pay the price later on,” Dor said. More research needs to be done, however, he added.

But why did the researchers study the pancreatic cells? “Because that is what we study,” Dor said. Cells of other organs in these animals should also be researched, he said, to find if patterns are similar, or if this phenomenon is specific to pancreatic cells alone.

It would be also helpful, he said, “to understand the molecular basis” of the finding. “Why do we grow older with bigger cells?” Also, is this phenomenon typical of just mammals or of other animals as well, such as reptiles and frogs and birds?

The study, “Postnatal exocrine pancreas growth by cellular hypertrophy correlates with a shorter lifespan in mammals,” was published by Shira Anzi and Miri Stolovich-Rain, with senior investigators including Dor, Muli Ben Sasson and Ran Kafri, of Toronto University.