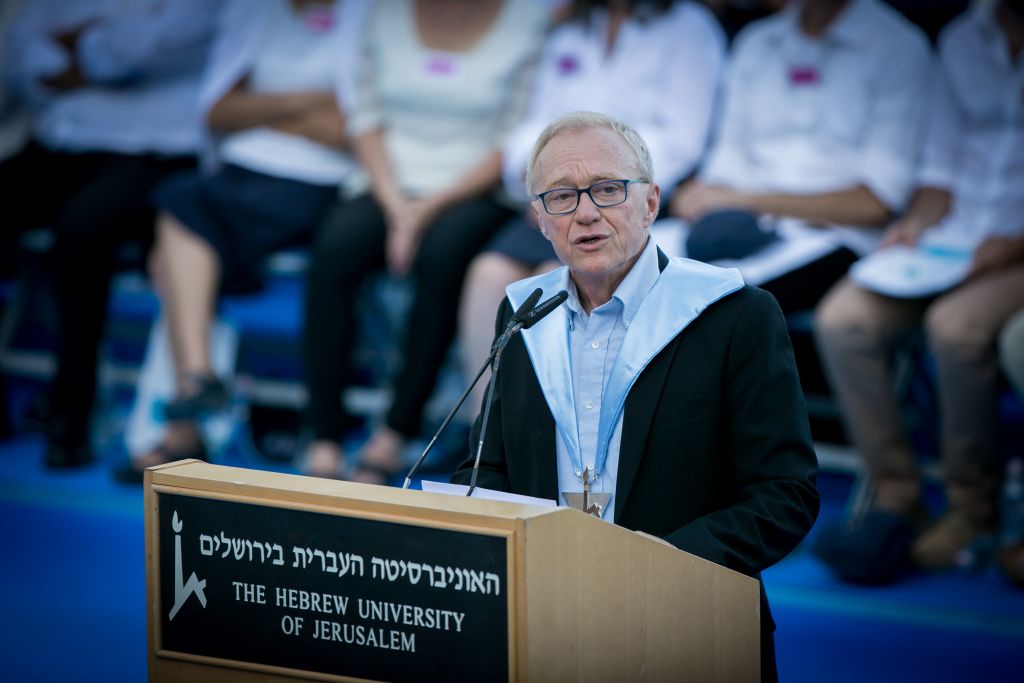 Author David Grossman will be awarded the Israel Prize for Hebrew literature and poetry, the Education Ministry announced on Monday.

“Since the early 1980’s, David Grossman has taken his place at the center of Israeli culture and he is one of the most profound, moving, and influential voices in our literature,” the prize committee wrote in its decision.

In his novels, books, essays, documentary writing, in his extensive creations for children, he presented a series of masterpieces that excel in rich imagination, deep wisdom, human sensitivity, a poignant moral stand and a unique and resonant language,” the prize committee wrote.

The committee added that Grossman is one of the most “famous, admired, and beloved” Israeli writers in the world and that his books have been translated into dozens of languages.

Bennett defended giving the prize to an author who has been outspoken in his opposition to construction in Israeli settlements and has even backed the European labeling of products from over the Green Line. He told The Jerusalem Post that he has faced criticism from the Right for the decision but that he had no regrets.

“There are issues on which I disagree with him, but no dispute will remove from the magic of his books,” Bennett said. “He is an Israeli patriot who gave the dearest of all to Israel (his son, Staff Sgt. Uri Grossman, 20,  was killed in the 2006 Second Lebanon War). He is not an author of the Left and I am not the education minister of the Right. Hezbollah didn’t ask who is Right and Left and secular and religious when boys with different views were killed in the same tank.”

Grossman, born in Jerusalem, has written countless novels and children’s books including To the End of the Land, A Horse Walks into a Bar, The Book of Intimate Grammar and Someone to Run With.

On Sunday evening, the Education Ministry also announced the Israel Prize winners for research in physics and in psychology.

Prof. Shlomo Havlin, of Bar Ilan University, will receive the prize for his research in the field of physics.

“Prof. Havlin is one of the pioneers of a number of fields in statistical physics and its implications for complex systems in different areas,” the prize committee wrote in its decision. “Prof. Havlin deals with the generalization of knowledge in physical fields to the broadest areas, such as social networks, technological networks, economic networks, political systems, physiological systems and DNA function.”

The committee added that of all Israeli scientists, Prof. Havlin is the most cited by scientists around the world.
“He devotes his time and energies to imparting contemporary science to youth and contributes greatly to the creation of scientific ties between Israel and the world,” it wrote.

Prof. Yitzhak Shlesinger, of Hebrew University of Jerusalem, was awarded the Israel Prize for his research in psychology.

In its decision, the prize committee wrote that Shlesinger is one of the most important scientists in the field of psycholinguistics, contributing to the study of language processing and language development in children.

“He was a pioneer in the documentation and conceptualization of sign language in Israel. His work in the field of Talmudic argumentation, in connections with general issues in linguistic expression, is a unique contribution. His innovations are deeply entwined in Hebrew culture and language,” the prize committee wrote.