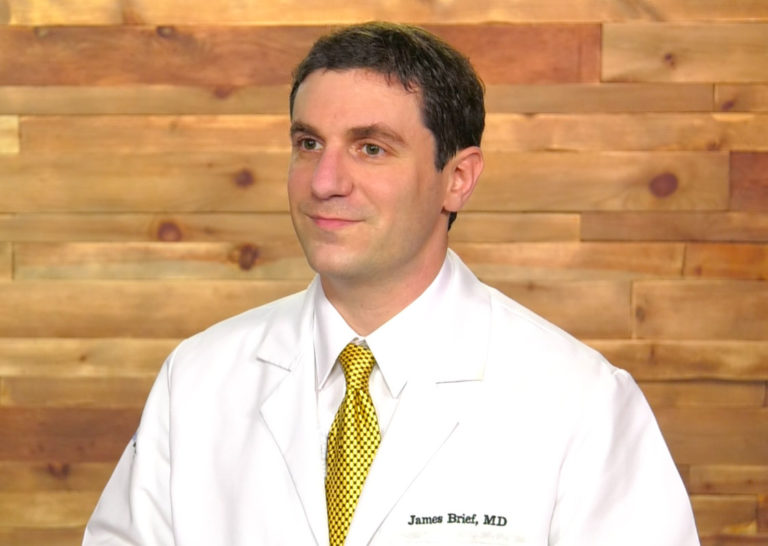 When did you attend Hebrew University?
I attended Hebrew U from August 1999- January 2000.

What did you study?

I studied Hebrew in Ulpan and took courses on Talmud, history of Jerusalem, and Middle Eastern mythology.

How did your time at Hebrew University influence your career?

Shortly after I arrived at Hebrew U, there was a devastating earthquake in Turkey. Israel looked past politics and religion to help their neighbor in its time of need.  I was very inspired by the fact that Israel sent IDF doctors, nurses, and soldiers to help the relief effort in a predominantly Muslim country.  This act of kindness later inspired me to volunteer as a pediatrician in Haiti following its catastrophic earthquake in 2010.  I was only a medical resident at the time and I had no direct ties to Haiti personally, however, my memories from 11 years earlier convinced me that I had to help in any way possible.

How were you involved in the creation of AIRE (a breath test device)?

In early 2016, I was in my last few months of my fellowship training in pediatric gastroenterology.  I was ready to join a “typical” GI practice outside of New York City when I received an interesting email from my younger sister, Amanda. Amanda runs a biotech company and was in China developing one of her products. She emailed me to tell me about an Irish engineer also in China who was developing a breath analyzer to detect products of poor digestion. As a gastroenterologist, I am very familiar with this technology, called “Hydrogen Breath Testing” and I use it every day on my patients to detect which foods or food components are causing their abdominal symptoms.  These machines are quite large, about the size of a small microwave oven, and require users to inflate a large balloon to analyze their breath.

Immediately curious, I emailed the engineer, Dr. Aonghus Shortt, Ph.D. A day later Aonghus and I had a long conversation about breath testing. I discussed how breath testing works, what it can show us as well as its limitations. He told me of his plan to create a pocket-sized, portable hydrogen breath test device for everyday people to use and learn more about their digestive systems. Over the next few weeks, we talked more and I was fascinated with his intelligence, drive and their true desire to help others.  Soon afterward, he asked me to join him and together with a few other engineers we co-founded our company FoodMarble.

How do you think AIRE will affect users’ understanding of diet/nutrition?

Hydrogen breath analyzers are complex machines but the science behind them is quite straightforward.  Normally, food is broken down to its smallest components and absorbed in our small intestine.  Sometimes, this food is not properly broken down and it passes into the large intestine undigested.

Human beings have billions of bacteria living in our large intestines. Usually, these bacteria cause no problems. However, when the bacteria encounter undigested foods, they break them down in a process called fermentation.  Fermentation causes the release of gasses such as methane and hydrogen. Releasing all of this gas into the large intestine is similar to blowing up a balloon inside your stomach – it’s not fun! This causes symptoms such as bloating, cramping, abdominal pain, diarrhea and/or constipation. For example, people with lactose intolerance cannot break down and absorb the sugar lactose, found in dairy products. The lactose travels undigested into the colon where it is fermented by the bacteria which releases these gasses.

After the bacteria do their fermentation, the gasses leak into the bloodstream and are eventually expelled from the lungs. This is where hydrogen breath testing comes in. The hydrogen breath analyzer detects increases in hydrogen gasses which we can attribute to bacterial fermentation in our digestive system.

AIRE works similarly to the machines in my hospital but it is much smaller and portable. Since AIRE is smaller than a deck of playing cards (and requires no balloons to inflate), people can take it wherever they go and give breath samples throughout the day. AIRE keeps track of the food you eat via an accompanying app. When there is a rise in fermentation gasses AIRE looks at the user’s diet and tells them which foods are causing these rises in gasses.

Since everyone’s gut bacteria is different, AIRE is a tool designed to help you learn more about your body’s digestive capabilities. Let’s imagine you experience bloating and pain after eating a tuna fish sandwich on whole wheat bread with swiss cheese, lettuce and tomato. If AIRE detects rises in hydrogen after you eat this sandwich, it will alert you. Let’s pretend that you eat the same sandwich the next day but this time you leave off the cheese. If AIRE no longer shows the rise in these gases, then it was probably the cheese that caused your issues and you might want to avoid this in the future or eat it sparingly.  My hope is that AIRE allows everyone to learn more about their own body’s digestive capabilities.