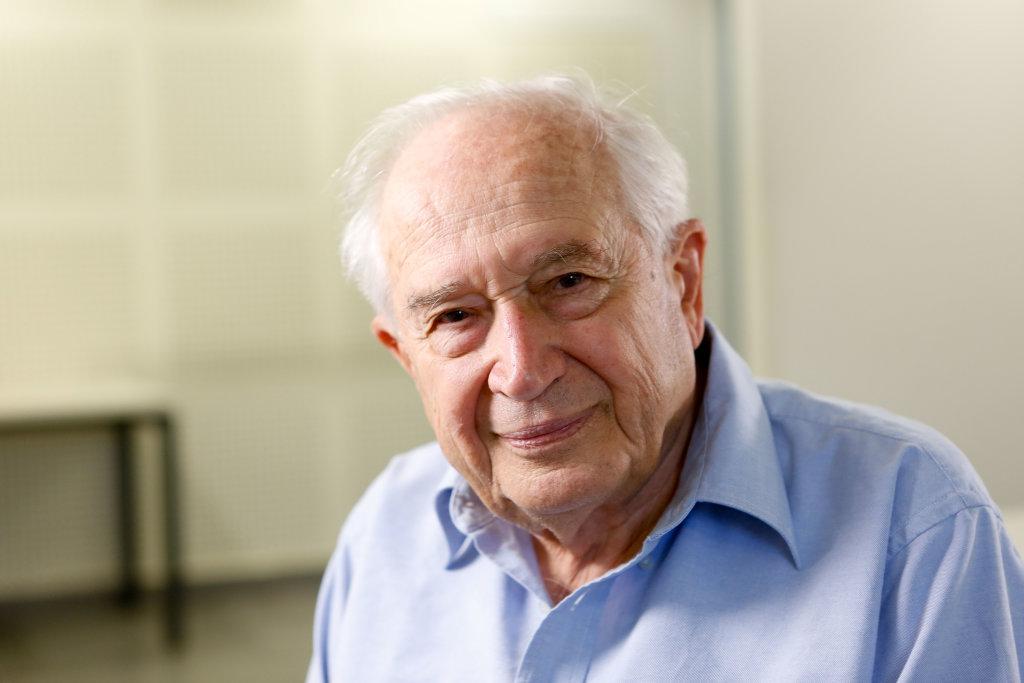 The ICRS is the oldest scientific society dedicated to the research in the cannabis plant, cannabinoids, and their physiological and biochemical targets.  The ICRS has nearly 400 members from all over the world. The members and guests of the ICRS gather yearly to present the ICRS Symposium.

Hundreds of participants from Israel and around the world will participate in the conference, at the International Convention Center (ICC) in Jerusalem, in cooperation with the Jerusalem Conventions & Visitors Bureau (JCVB), which operates under the Jerusalem Development Authority (JDA).

The event will be hosted by the Hebrew University’s Multidisciplinary Center on Cannabinoid Research (MCCR), which is the leading center in Israel for conducting and coordinating research on cannabinoids, endocannabinoids and medical Cannabis.

Over the last 50 years, Hebrew University research has spearheaded a new scientific era of Cannabis research. Professor Raphael Mechoulam, a Hebrew University researcher widely regarded as “the father of cannabinoid research,” and his colleagues isolated the active constituent of the Cannabis plant, tetrahydrocannabinol, elucidated its structure, and synthesized it. Later Professor Mechoulam identified the endogenous cannabinoids (formed in the mammalian body) and thus pioneered the field of cannabinoid research.

The Symposium will feature oral and poster presentations covering a wide range of topics germane to cannabinoid science and medicine. Past conferences have covered such topics as autoimmunity, epilepsy, pain, PTSD, drug development and medicinal chemistry, neuroprotection, metabolism, endocrine and obesity, cancer, and much more.

Professor Cecilia Hillard, Executive Director of the ICRS, said: “The board of directors of the International Cannabinoid Research Society is very pleased that our 31st annual meeting will be held in Jerusalem in 2021. Jerusalem holds a special place in the history of the science of cannabis and the endocannabinoids. Professor Raphael Mechoulam of Hebrew University was the first to publish the structure of the active principal of cannabis, THC, and was also the first to identify an endogenous cannabinoid, anandamide.  Just as impressive is the current state of cannabinoid research in Jerusalem and Israel at large, including the Multidisciplinary Center on Cannabinoid Research led by Dr. Tam.  We are looking forward to visiting Jerusalem and to an exciting and informative conference.”

Dr. Joseph (Yossi) Tam, Director of the Hebrew University’s Multidisciplinary Center on Cannabinoid Research, said: “I’m excited that the International Cannabinoid Research Society has decided to hold its 31st conference in Jerusalem under the auspices of the Multidisciplinary Center on Cannabinoid Research. One of our first goals after establishing the Center was to host the ICRS conference in Jerusalem so that the international community of researchers can learn about the highly advanced work in the field of cannabinoids carried out in the Center and in Israel. I am certain that hosting this high-level conference will constitute another turning point in Israel’s position as a global leader in cannabinoid research and development.”

“Modulating endocannabinoid activity has therapeutic potential in a large number of human diseases, and research on cannabinoids may lead to very significant advances in basic science and therapeutics. We look forward to hosting the world’s top scientists working to discover new therapies based on cannabinoids,” said Professor Raphael Mechoulam, Head of the Academic Committee of the Multidisciplinary Center, and the Lionel Jacobson Professor Emeritus of Medicinal Chemistry in the Hebrew University’s Faculty of Medicine.

“Bringing this global symposium to Jerusalem emphasizes the ongoing collaboration between multiple institutions including the JCVB, ICC, and MCCR. This partnership was only possible with the shared vision in highlighting the city’s potential as a leading scientific conference destination. Jerusalem offers an ideal setting to host the over 400 global researchers to learn and promote the exchange of scientific information and gain new perspectives about Cannabis,” said Ilanit Melchior, Director of Tourism in Jerusalem.

“As the largest and leading conference center in Israel, the Jerusalem ICC looks forward to hosting this important conference aimed at bringing international researchers together to improve human health and well-being,” said Mira Altman, CEO of the International Convention Center (ICC) in Jerusalem.

The ICRS is a scientific association with hundreds of international members, all active researchers in the field of endogenous, plant-derived and synthetic cannabinoids and related bioactive lipids. The ICRS Symposium is considered the most important conference in the field of cannabinoids research. The conference brings together the leading researchers from the international scientific community and presents the latest and most up-to-date research in the field.

The Multidisciplinary Center on Cannabinoid Research, staffed by leading scientists and medical doctors from the Hebrew University and its affiliated Hadassah Medical Center, conducts and coordinates exciting new research about cannabinoids, endocannabinoids, and medical Cannabis, while promoting collaboration and disseminating information. More info at http://cannabinoids.huji.ac.il/.