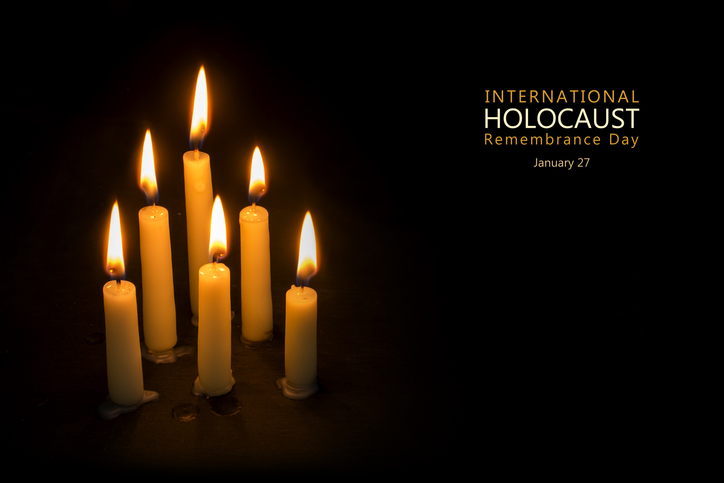 As the world prepares to commemorate International Holocaust Remembrance Day on January 27th, communities and memorials around the world are addressing how to meaningfully commemorate the day while protecting public health and safety. The day marking the anniversary of the liberation of Auschwitz is ordinarily commemorated with hundreds of individual memorial events across the globe. This year, most of those events will be impossible for any sizable gathering of people due to COVID-19.

With the goal of proposing relevant solutions to this challenge, Dr. Tobias Ebbrecht-Hartmann and research student Tom Divon of the Hebrew University of Jerusalem’s (HU)  Communication and Journalism Department, examined the many ways individual museums and memorial sites have adapted their programs over the past year.

As part of the research, Dr. Ebbrecht-Hartmann published in “Media, Culture and Society” a paper that revealed how educators have successfully leveraged new forms of Holocaust remembrance using social media tools. Included have been a series of memory-related hashtags in use on Twitter and Facebook, “live” Instagram stories from memorial sites and concentration camps, as well as Zoom discussions with Holocaust survivors across the globe. This transition was described by the author as particularly important because prior to Corona, many memorials objected to such means of communication out of fear that it would “commercialize” or even distort legitimate Holocaust memory.

“The onset of this global crisis has impacted our lives in many ways and indeed Holocaust remembrance is no exception,” Dr. Ebbrecht-Hartman said. “While we have already been experiencing a transition where forms of social media and digital content have been increasingly recognized as legitimate expressions of commemoration, the severe restrictions of Corona both accelerated this process but also created a far more accepting culture for the role these media must play.”

Ongoing research is compiling data and feedback from 32 Holocaust museums and monuments in nine different countries with the goal of better understanding which digital platforms have been used most effectively and were best received.

The research has so far indicated that educators and museum curators have strived to adapt content to be better absorbed via digital means and in so doing provided the motivation for relevant audiences to log on. Certain museums have opened Instagram and even TikTok accounts and produced online “digital challenges,” while others have invested in virtual tours of their facilities. Most of these efforts represent a desire by Holocaust educators to make the history more relevant and accessible to the younger generations who are known to be less emotionally attached to the subject matter.

Among the initiatives described was Yad Vashem’s broadcast of their annual commemoration via YouTube in addition to the traditional local television format. The museum also initiated a campaign where online users were invited to read the names of Holocaust victims and then upload them to social media accounts with relevant hashtags.

In a similar approach, the directors of the monument site at the Mauthausen concentration camp in Austria encouraged the public to upload and share pictures or drawings relating to the liberation of the camp with the hashtag #Liberation1945. The monument later released a video clip compiling the images that were uploaded.

Dr. Ebbrecht-Hartmann said, “Even while we are encouraged by these efforts, we know that the physical spaces where the Holocaust occurred will always remain sacred memorial sites. We anticipate that future commemoration will be a continuation of physical trips to these sites but the historic impact of Corona has introduced a new reality whereby digital memorials and online efforts can be an integral component of Holocaust remembrance.”

Ebbrecht-Hartmann T. Commemorating from a distance: the digital transformation of Holocaust memory in times of COVID-19. Media, Culture & Society. December 2020.

Research for this article was supported through a Visiting Fellowship, sponsored by the Institute for Human Sciences in Vienna and the European Forum at the Hebrew University of Jerusalem, and has received funding from the European Union’s Horizon 2020 research and innovation program under the Grant Agreement No. 822670.