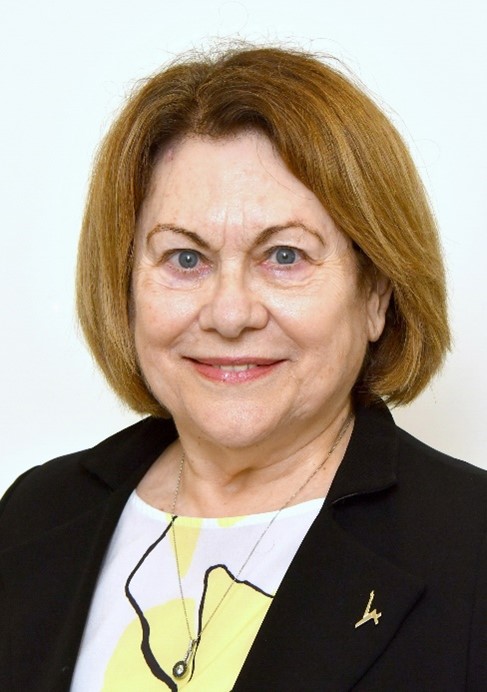 Hermona Soreq was trained at the Hebrew University, Tel Aviv University, the Weizmann Institute of Science, and the Rockeffeler University. She joined the faculty of the Hebrew University in 1986, where she holds the  Slesinger Chair in Molecular Neuroscience and is a founding member of the Edmond & Lily Safra Center for Brain Science. Professor Soreq studies the activities and functions of the neurotransmitter acetylcholine in the brain and periphery. She pioneered the application of molecular biology and genomics to studies of brain-to-body signaling in men and women and in health and disease. Her studies span mental and metabolic stress, aging, and neurodegeneration, using tissue samples and cultured cell lines from men and women and engineered mouse models. Soreq‘s findings add to our understanding of the enigmatic non-coding RNAs, which constitute much of the human genome but do not produce proteins. By combining experimental and analytic tools, she discovered primate-specific non-coding RNA regulators that distinctly control mental stress and aging-related diseases in men and women by modulating inflammation, fat metabolism, and diverse mental diseases. These complex processes may be further altered in human carriers of common genomic changes that interfere with noncoding RNA activities, with important implications for personalized medicine and diverse therapeutic manipulations.

Professor Soreq is the elected President of the International Organization of Cholinergic Mechanisms. She served as the elected Dean of the Faculty of Science (2005-2008), authored hundreds of publications, including 57 published in Science, Nature, PNAS, Neuron, and other high-impact journals and has been the recipient of co-recipient of significant funding from US, European and Israeli National and private foundations including an Advanced ERC Award and an Israeli I-Core Center of Excellence on mass trauma. She is a member of the Hebrew University’s Board of Governors and scientific advisory boards for national and international bodies with major interests in life sciences. She was awarded Honorary Ph.D.’s from the Universities of Stockholm (1996), Ben-Gurion University (2007), and Erlangen (2008), Teva Founders’ Award (2006), The Lise Meitner Alexander von Humboldt Award, Germany (2009), a Miller Fellowship at US UC Berkeley (2009), a Berlin NeuroCure visiting fellowship (2015-2022), a Rappaport prize for biomedical research (2015), an International Psychoneuroimmunology Award (2016), the ILANIT-Katzir Prize for outstanding research achievements in the Life Sciences (2017), a FEBS keynote lecture award (2020) and an International Society of Neurochemistry Susan Vogt Award (2021). She also contributes to the Neuro-Cure Center, Berlin, the Immunosensation Center, Bonn, the International Advisory Boards of the UK-Israel Council, and Beer Sheva University’s Center of Biotechnology. Notably, 25 of Soreq’s trainees are faculty members in Israel (In Jerusalem, Tel Aviv, Haifa, the Galilee, and Beer Sheva) and overseas (UC Berkeley, Maryland, Halifax, Ann Arbor, Paris, Tours, Gottingen, London). Others contribute to government and private biotechnology organizations and companies involved in Life Sciences.