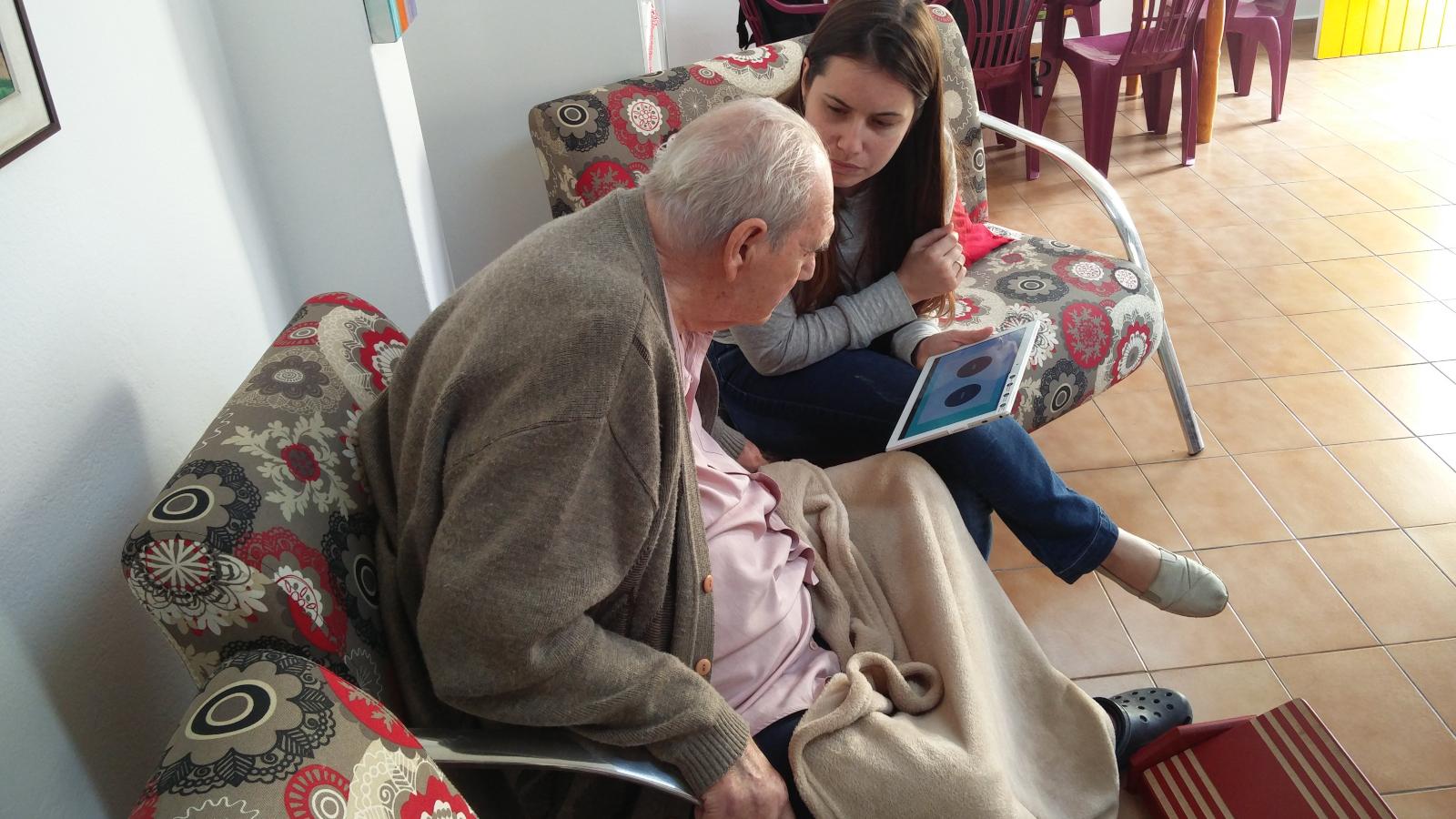 Hundreds of drugs have been developed to address Alzheimer’s disease, says Dr. Shahar Arzy, director of the computational neuropsychiatry lab at Hadassah Hebrew University Medical Center in Jerusalem. “Do you know how many have been found effective? Zero.”

But if patients could be diagnosed in the preclinical stages of the disease, perhaps some of the new biological medications showing excellent results in other domains of neurology could be effective when applied early enough in the course of Alzheimer’s disease.

Arzy and his colleagues have developed a computer-based system to ferret out early signs of Alzheimer’s.

The system, dubbed Clara (“a hint towards ‘clarity of mind,’” Arzy says), is an artificial intelligence-based chatbot that asks patients questions about themselves and their relationships to people, places and events.

Clara then uses machine learning to compare that information to a baseline in order to generate a computer-based test tailored for the specific individual that can diagnose very early Alzheimer’s.

Arzy’s team published research results in the Proceedings of the National Academy of Sciences and in the American Psychological Association’s journal Neuropsychology showing the method to be 95 percent accurate.

Arzy’s work on Clara is based on a relatively recent understanding of how the brain works and what Alzheimer’s does to it.

Alzheimer’s affects the brain’s “orientation system” that dictates how a person relates to the world outside. “It’s easy to test memory,” Arzy says. “I can give you three words and ask you to retrieve them.” That’s very different than processing specific relationships.

For example, a patient might remember both the assassination of US President John F. Kennedy and the election of Barack Obama but be confused about which came first. Or a patient might recognize his or her spouse and doctor, but not be able to distinguish which person is standing closer.

Orientation can be measured in a functional MRI. Your brain will light up differently if you see a picture of your own daughter vs. someone else’s child or a generic image of a baby.

“The overlap between how the self is oriented to the world and the brain mechanisms that are disturbed by Alzheimer’s disease is astonishing,”Arzy says.

In the preclinical stages of Alzheimer’s, the orientation system begins to deteriorate, “but people can still compensate for this by tapping into other resources like memory,” Arzy says. “They can write down a note, for example. Maybe their performance is a little off, but they come up with the same output.”

It’s only when both systems – orientation and memory – go under a certain threshold that the disease becomes apparent. That’s when people seek help. But it’s already too late to present an effective treatment.

The key to Clara is that the questions it asks are taken from a patient’s personal orientation system and are not just generic questions that could draw on the brain’s memory system.

A blessing in disguise

Arzy’s original idea was to skip the chatbot and get information about a patient from Facebook and social media. “That’s what we did at the beginning,” he tells ISRAEL21c. “We spent two years writing the code.”

Then, just when they were done, the Cambridge Analytica scandal broke.

Cambridge Analytica was the consulting firm that mined openly available user data on Facebook in order to influence voting in the 2016 US elections. Facebook responded by disabling the functionality that allowed third parties to access user data. That threw Arzy and his team back to square one.

It was a blessing in disguise. Arzy says that “the information we were getting from Facebook was not perfect” and that using artificial intelligence, as Clara does now,“is a better solution.”

Arzyen visions Clara to be available free as a public service, through doctors’ offices and through download onto mobile devices or computers. The pilot Android and web versions support English, Hebrew, Chinese and Portuguese so far. French, Russian, Arabic and Japanese options are already under development.

Clara is not ready to make its public debut, Arzy says. “We are at the stage of proving the efficacy of the AI agent and the two-system [orientation vs. memory] theory.”

Clara is now in the second year of a five-year test at Harvard to compare data generated by the system with data from Alzheimer’s markers taken via amyloid PET scan, quantitative and functional MRI and other neuropsychological tests. Assuta Medical Center in Tel Aviv has been running its own study on Clara using combined PET-fMRI over the past year.

Developing Clara has been a team effort on the part of the neuropsychiatry lab.