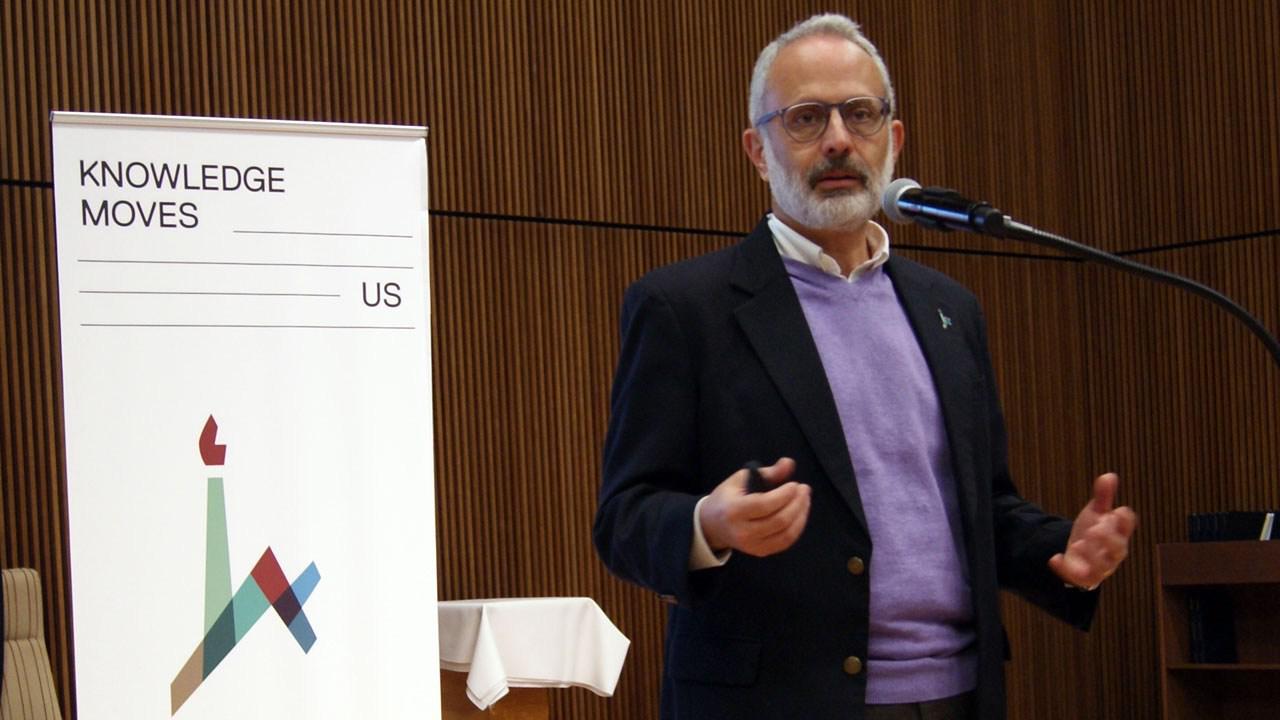 If you want to understand Israeli politics, stop thinking about the American political system.” Political scientist Reuven Hazan fixed his audience in Oakland with a stare and told them, plainly, that they had to take a broader view or they would never comprehend Israel.

“Don’t assume anything is similar to what you understand,” he said during his talk, “Making Sense of Israeli Politics.”

Hazan, former chair of political science at Hebrew University in Jerusalem and an expert on the institutions of Israel’s democracy, is used to speaking to U.S. audiences and telling them what they’re not getting. That’s what he was doing at Temple Sinai on Feb. 20, ahead of an April 9 snap election announced by Israeli Prime Minister Benjamin Netanyahu.

“We didn’t plan this trip knowing that there would be elections,” said Hazan, who also spoke at Congregation Sherith Israel in San Francisco and the Oshman Family JCC in Palo Alto. “So this was fortuitous.”

Hazan was brought to Temple Sinai in Oakland by American Friends of the Hebrew University and the synagogue’s Israel education committee. He took the audience through the differences between the U.S. democratic system, with its two-party system, voting districts and candidate-based ballots, and the Israeli parliamentary one, where each voter casts a ballot for a party and not a candidate, and the whole country is one parliamentary district. Parties get seats based on the percentage they win in the national vote.

“I’ll make a sports metaphor, because you just lost your football team,” Hazan said, alluding to the Raiders. “American politics is an individual sport. Israeli politics is a team sport.”

In Israel, coalitions of several parties have the power; even dominant parties like Netanyahu’s Likud can’t get enough of a majority to govern alone. And if a coalition breaks down for some reason, new elections can be called. That’s not the same as instability, Hazan cautioned, although it does give small parties — like the ultra-Orthodox party United Torah Judaism — “kingmaker” power. And that’s fair, Hazan said.

He also highlighted a major difference between not only Israel and the U.S., but Israel and other parliamentary democracies: In most democracies, parties align on typical economic lines (such as free market vs. state regulation) and on social issues (such as marriage equality vs. socially conservative policies). But in Israel, there’s one big thing that trumps the other issues.

“You’re talking about the hawks versus the doves on security and survival,” Hazan said.

Where security is such an important issue, economics and social issues get pushed to the side, and alliances are made between “hawk” parties that are religious and secular, or “dove” parties that have different economic platforms, Hazan explained.

The situation is kept ever-shifting by the creation of new parties and new coalitions. The slides Hazan used during the lecture were out of date even as he spoke — the day before, Netanyahu had brokered a merger of two right-wing parties, while on the same day Hazan spoke in Oakland, two centrist parties announced a merger that aims to challenge Likud’s dominance. Still, he said the numbers were still in favor of a right-wing coalition.

“The whole story of the election, if the polls are correct, is that the dovish parties have lost 10 seats to the center,” he said.

But with the possibility that Netanyahu would be indicted on corruption charges, Hazan didn’t want to make too many predictions about what will happen in the April elections.