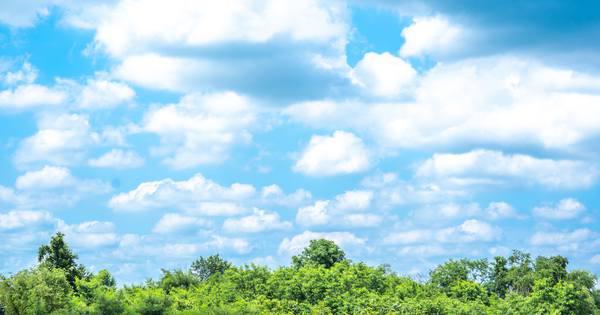 Rethink everything you know about global warming

Rethink everything you know about global warming

Every day seems to bring with it a new headline about the issue of climate change, but this one seems to be primed for the history books. The findings from a major new study published today in the journal Science may require a recalculation of climate change models to more accurately predict the pace of global warming.

And, quite unexpectedly, it comes from research about how the earth is cooling faster than we thought.

Allow us to explain: It all starts from tiny particles in the air known as aerosols. Think of it like dust that enters the air either from natural sources (ocean salt, volcanic ash) or from man-made means (burning coal, driving cars). Broadly speaking, these aerosols cause cloud cover which, in turn, reflects sunlight back into space. Meaning, heat leaves the earth, and aerosols actually end up cooling our environment. Sounds like a good thing, at first.

Daniel Rosenfeld is an Israeli professor at the Institute of Earth Sciences at Hebrew University in Jerusalem. Along with his colleague, Yannian Zhu from the Meteorological Institute of Shaanxi Province in China, they have developed a new method to more accurately calculate aerosols’ cooling effects on the earth. What they discovered was that the aerosols’ cooling effect is nearly twice as high as previously thought.

However, if this is true, then how come the earth is getting warmer, not cooler? For all of the global attention on climate warming, aerosol pollution rates from cars, farming and power plants is still very high. For Rosenfeld, this discrepancy might point to an even deeper and perhaps more troubling reality. “If the aerosols indeed cause a greater cooling effect than previously estimated, then the warming effect of the greenhouse gases has also been larger than we thought, enabling greenhouse gas emissions to overcome the cooling effect of aerosols and points to a greater amount of global warming than we previously thought,” he explained.

Rosenfeld’s work at his lab in Israel comes on the heels of news from last week, also published in the journal Science, that the world’s oceans are warming far more quickly than previously thought. Although there is somewhat of a silver lining. “If the ocean wasn’t absorbing as much heat, the surface of the land would heat up much faster than it is right now,” Malin L. Pinsky, a Rutgers University professor, told The New York Times. “In fact, the ocean is saving us from massive warming right now.”

Next week, scientists and thought leaders from around the world will descend on the Swiss Alps for the annual Davos conference, hosted by the World Economic Forum. Expected to be one of the major topics discussed are issues related to climate change – including extreme weather events and water scarcity in emerging countries.

As in previous years, representatives from various nations will be bringing any and all solutions to the table. Shai Agassi, an Israeli entrepreneur, famously hatched his idea for an electric car network at the Davos conference. This year, viewers will be able to watch more than 100 sessions streamed live and can be part of the global conversation using the #Davos hashtag.