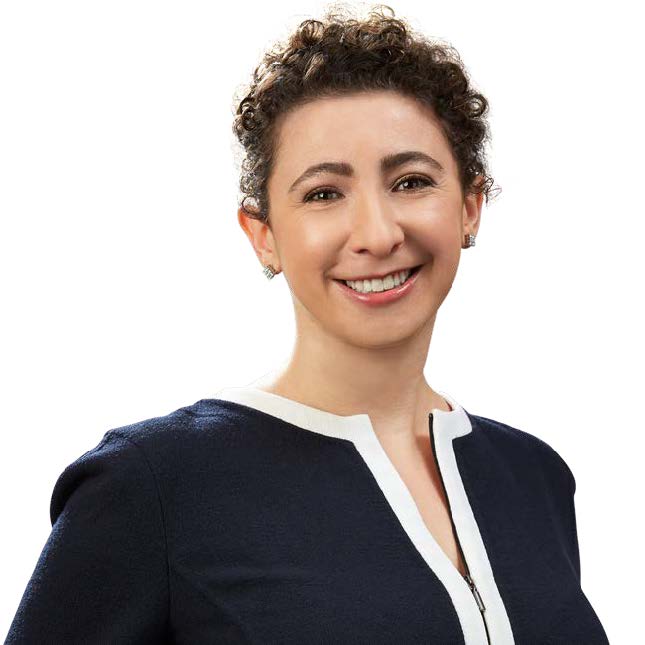 Julia Cherlow is a Litigation Associate with the law firm of Bird Marella P.C. in Los Angeles.  She serves as second chair on significant litigation for profit participants in actions against large entertainment conglomerates.  She attended Stanford as an undergraduate and received her Juris Doctor from Stanford Law School. A recipient of the Marsha Rubenstein Scholarship for Academic Excellence, Julia was Managing Editor, Submissions for the Stanford Journal of Civil Rights and Civil Liberties, President of the Stanford American Constitution Society, and clerked for the International Criminal Tribunal for the Former Yugoslavia in the Hague, Netherlands.  Julia previously worked at Glaser Weil LLP and at Jenner & Block.  She is deeply committed to the arts and culture, education, and to supporting Israel and thwarting anti-Israel activity on university campuses.

In Julia’s words: “I am a member of the Board of Directors for the Barak Ballet, led by Melissa Barak, a former ballerina with the NYC ballet. We are preparing for a 2020 season at the Broad Stage in Santa Monica, with the highlight being a project commemorating the 75 years since the end of the Holocaust.  This piece will reflect on both the somber as well as the heroic moments that illuminate this period in Jewish history.  I hope to serve and build the network supporting Hebrew University in the U.S.