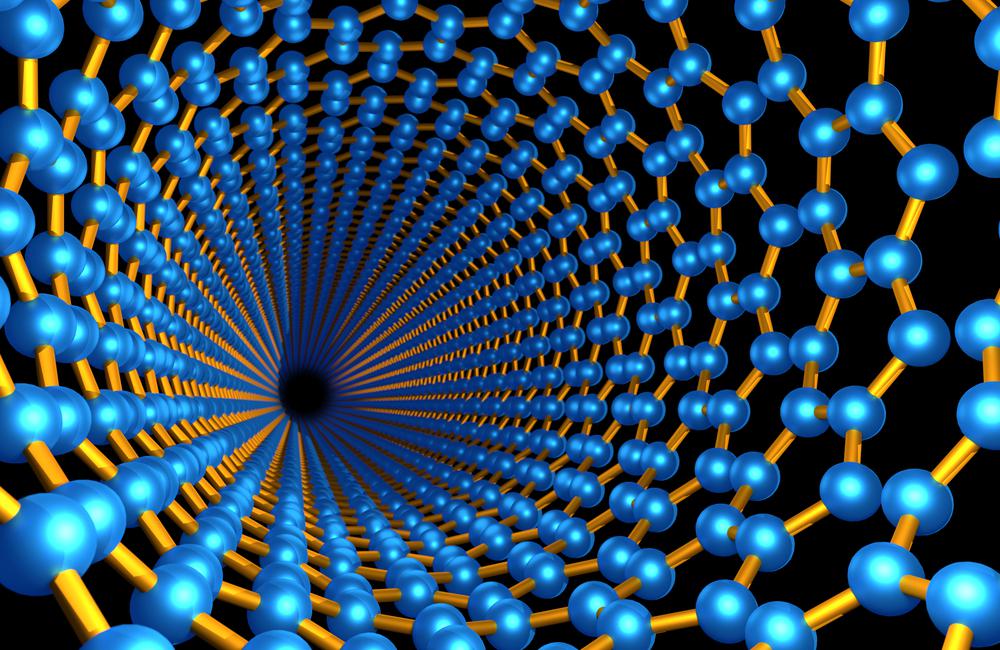 Yeshayahu Talmon is a chemical engineer and former director of the Russell Berrie Nanotechnology Institute (RBNI) at the Technion-Israel Institute of Technology, in Haifa. A frequent spokesman for the industry, he answers even laymen’s questions patiently and lucidly, and offers positive news about Israel as a “nucleus” for nanoscience. “Nanoscience is the science of everything that happens on that very small scale. Now, technology is being developed to take that science and apply it,” says Talmon. “One example of applications we are working with at the Russell Berrie Nanotech Institute is carbon nanotubes. Carbon nanotubes are only one to two nanometers thick, but the single particle is extremely strong. And in some forms, they are very good electrical conductors, and they are lightweight . . . so in principle they could be the material of the future. “However, in most cases, we cannot use them as single nanoparticles, so somehow we have to spin fibers out of them, and this is a challenge. (Sometimes, although it all works very well on a basic scientific level, when you try to make it into a process, things become more complicated.) “Another example of how the technology is applied is graphene sheets. Graphite, of course, is what you have in your pencil. However, when graphite is dispersed into single layers of carbon atoms, it has mechanical and electrical properties that can be used to make interesting coatings, like for touch screens, for instance. “All touch screens now have some kind of conductors in them, and by using graphene, you can potentially make better, cheaper, longer-lasting coatings. “In 2010, the Nobel Prize in Physics was given to Andre Geim and Konstantin Novoselov, two scientists working on graphene, so this field suddenly became even more exciting than before. “There is also a very important interface between medicine and the nanosciences, starting with intelligent, sophisticated sensors, all the way to drug delivery. “At the Technion, we try to bring people from our faculty of medicine together with people from engineering and the basic sciences, in some cases to advise graduate students jointly, and to work on a medical or biological problem where scientists and engineers can help. Collaborations among the various scientific disciplines are crucial here.” “Israel joined the nano community early on. And the Technion formed the nanotechnology center in 2005, two years before anybody else here. I played a part in its formation, but the effort was primarily led by Professor Uri Sivan of the physics department, who was the first director of the Russell Berrie Nanotechnology Institute. (I took over in 2010.) “In a way, it was a pioneering effort not only for the Technion, but for the entire country, because it formed a model on which all the other institutes were formed, not so much in the structure, but much more in the emphasis and in the way they are supported. “We have recruited many new faculty members at the RBNI; each of them is excellent. Many of them spent a good number of years in the United States or in other places, but most are originally Israeli. “There is a lot of talk about bringing back Israelis from abroad. We’ve had to lure them from places like Boston University, Stanford, UCLA – it’s competitive. And then, when they’ve made the decision to come to Israel, we have to compete with the other Israeli universities: the Weizmann Institute, the Hebrew University, Tel Aviv University, and so on. “Our government is trying to reverse the brain drain that we have experienced most acutely in the sciences, of course, because these are the people who are most sought-after by institutions outside Israel. “But there is a kind of snowball effect – although we scientists prefer to call it a nucleation process! Once you form a nucleus, it grows and attracts more material to form a crystal. Good researchers are attracted to a good nucleus.” Lin Arison & Diana C. Stoll are the creators of The Desert and the Cities Sing: Discovering Today’s Israel, a treasure box that highlights Israel’s creative achievement and innovation.