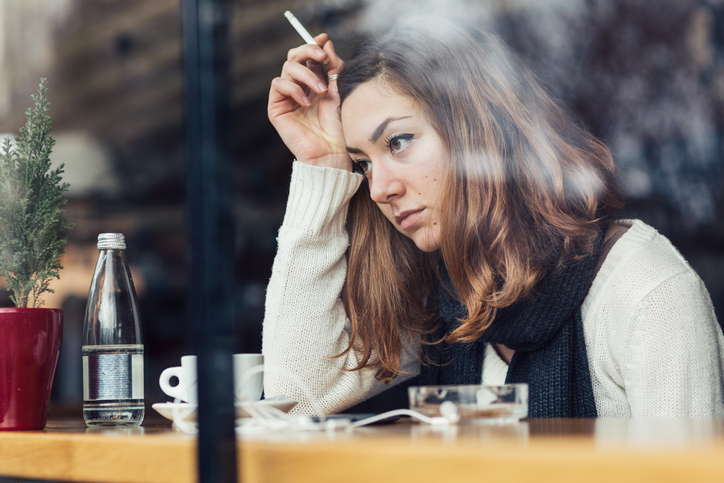 For decades, doctors have warned us about the health risks of smoking. However, their warnings focused on the physical risks that cigarettes pose to our health, such as lung cancer, heart disease, low birth weight, and high blood pressure, among others. Now, Professor Hagai Levine at Hebrew University of Jerusalem’s-Hadasssah Braun School of Public Health and Community Medicine, has published findings related to the mental health risks related to smoking.

The study, published in PLOS ONE, involved Levine’s colleagues Assistant Professor Tatjana Gazibara at the University of Belgrade and Ph.D. student Marija Milic at the University of Pristina. Together, they surveyed more than 2,000 students enrolled at Serbian universities with differing socio-political and economic environments. The researchers found that students who smoked had rates of clinical depression that were twice to three times higher than did their non-smoking peers. Specifically, at the University of Pristina, 14% of smokers suffered from depression as opposed to 4% of their non-smoking peers, and at Belgrade University the numbers were 19% to 11%, respectively.

Further, no matter their economic or socio-political backgrounds, students who smoked also had higher rates of depressive symptoms and lower mental health scores (such as vitality and social functioning) than did non-smoking students. “Our study adds to the growing body of evidence that smoking and depression are closely linked,” shared Levine. “While it may be too early to say that smoking causes depression, tobacco does appear to have an adverse effect on our mental health.”

In Israel, the timing of the study publication coincides with a milestone event in the country’s fight on tobacco. Today, an amendment to Israel’s Law on Restriction on Advertising and Marketing of Tobacco and Smoking Products went into effect. It mandates a countrywide ban on store displays of tobacco products, an increase in the size of cigarette box warnings from 30% to 65%, and requires all tobacco and e-cigarette products to be sold in uniform packaging, with no individual logos or company branding.

While these are important steps, in light of the new study, Levine would like to see policymakers take into account smoking’s mental health effects, as well. “I urge universities to advocate for their students’ health by creating ‘Smoke-Free Campuses’ that not only ban smoking on campus but tobacco advertising, too.” Combined with policies that prevent, screen, and treat mental health problems, including addiction, these steps would go a long way towards combatting the harmful effects that smoking has on our physical and mental states.