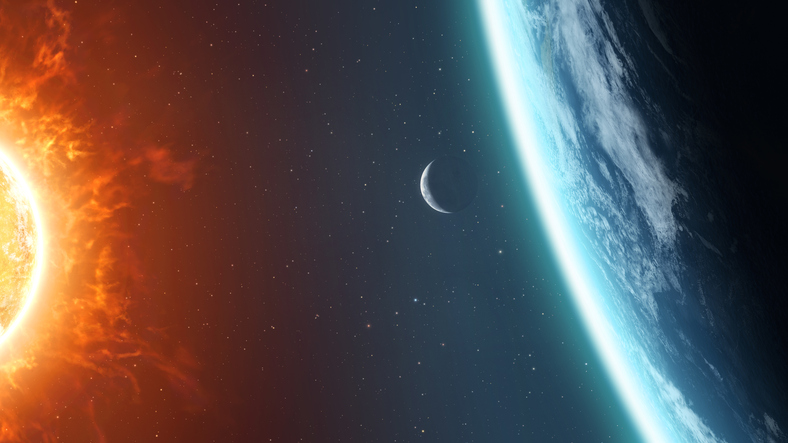 It’s been nearly 350 years since Sir Isaac Newton outlined the laws of motion, claiming “For every action, there is an equal and opposite reaction.” These laws laid the foundation to understand our solar system and, more broadly, to understand the relationship between a body of mass and the forces that act upon it. However, Newton’s groundbreaking work also created a pickle that has baffled scientists for centuries: The Three-Body Problem.

After using the laws of motion to describe how Earth orbits the sun, Newton assumed that these laws would help us calculate what would happen if a third celestial body, such as the moon, were added to the mix. But in reality, three-body equations became much more difficult to solve.

When two (or three bodies of different sizes and distances) orbit a center point, it’s easy to calculate their movements using Newton’s laws of motion. However, if all three objects are of comparable size and distance from the center point, a power struggle develops and the whole system is thrown into chaos. When chaos happens, it becomes impossible to track the bodies’ movements using regular math. Enter the three-body problem.

Now, an international team, led by astrophysicist Dr. Nicholas Stone at the Hebrew University of Jerusalem’s Racah Institute of Physics, has taken a big step forward in solving this conundrum.  Their findings were published in the latest edition of Nature.

Stone and Professor Nathan Leigh at Chile’s La Universidad de Concepción relied on discoveries from the past two centuries, namely that unstable three-body systems will eventually expel one of the trio, and form a stable binary relationship between the two remaining bodies.  This relationship was the focus of their study.

Instead of accepting the systems’ chaotic behavior as an obstacle, the researchers used traditional mathematics to predict the planets’ movements. “When we compared our predictions to computer-generated models of their actual movements, we found a high degree of accuracy,” shared Stone.

While the researchers stress that their findings do not represent an exact solution to the three-body problem, statistical solutions are still extremely helpful in that they allow physicists to visualize complicated processes.

“Take three black holes that are orbiting one another. Their orbits will necessarily become unstable and even after one of them gets kicked out, we’re still very interested in the relationship between the surviving black holes,” explained Stone. This ability to predict new orbits is critical to our understanding of how these—and any three-body problem survivors—will behave in a newly-stable situation.

CITATION:  A Statistical Solution to the Chaotic, Non-Hierarchical Three-Body Problem