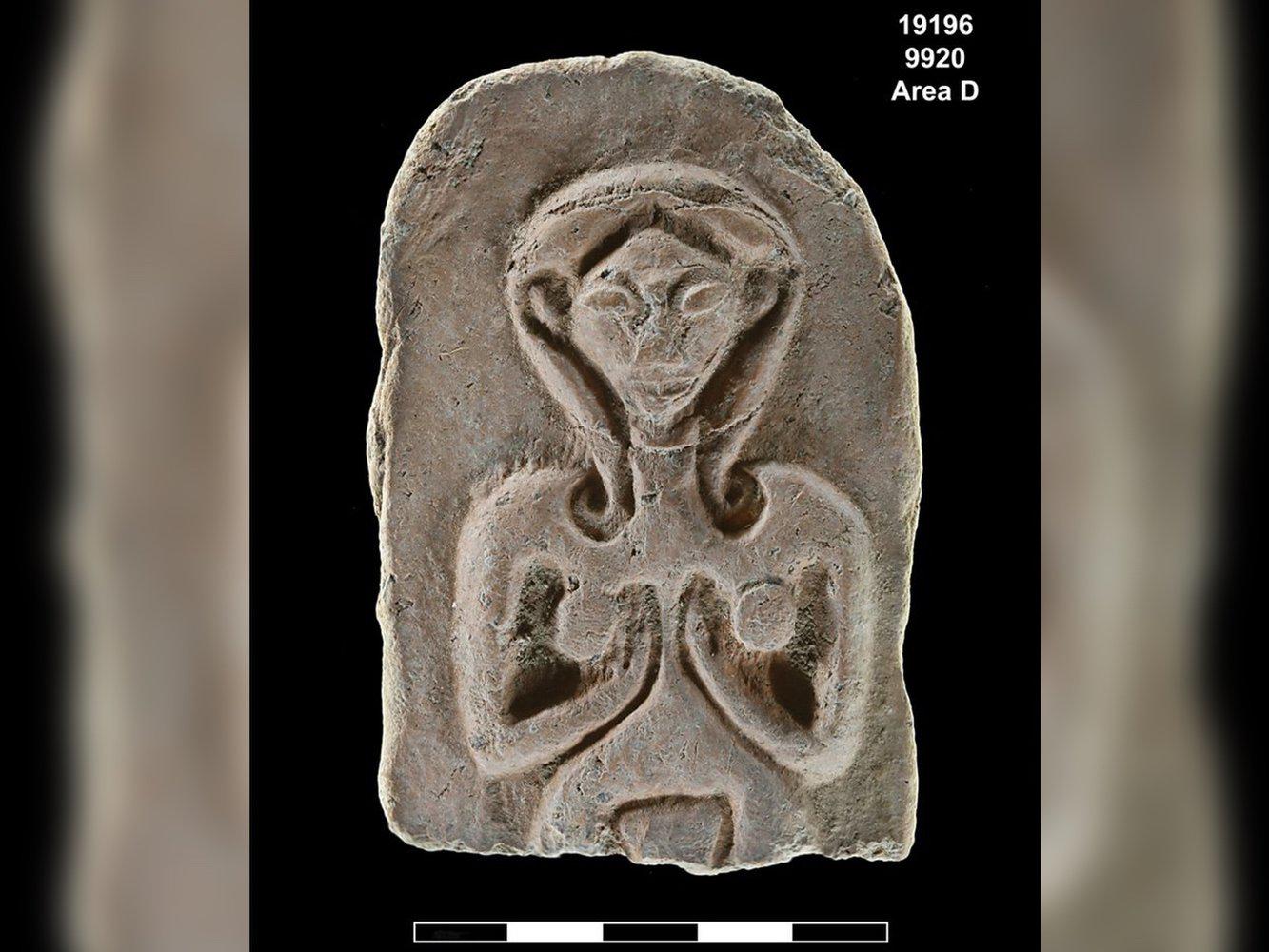 An inscribed ancient Egyptian scarab and five clay tablets with carvings of naked women have been found in Rehob, a 3,500-year-old city in Israel.

The carvings likely depict ancient fertility goddesses, such as Asherah or Ashtarte, Amihai Mazar, an archaeology professor at the Hebrew University of Jerusalem, told Live Science. “[They] were used at home, as part of popular domestic religious practice in the domestic sphere, mainly related to fertility of women,” Mazar said in an email, noting that similar carvings have been found at other archaeological sites in the region.

The excavation showed that Rehob (known today as Tel Rehov) was founded about 3,500 years ago, and the city flourished at a time when Egypt controlled much of the region. Rehob was constructed near Beth Shean, a town protected by an Egyptian garrison, Mazar and Davidovich wrote in the journal article. [The 25 Most Mysterious Archaeological Finds on Earth]

Mazar and Uri Davidovich, a lecturer at the same institution, detailed their findings in a paper published recently in the Bulletin of the American Schools of Oriental Research.

Made of a mineral called steatite, the scarab contains a hieroglyphic inscription saying that it was created for a deceased man named “Amenemhat,” who was “scribe of the house of the overseer of sealed items,” according to Arlette David’s translation of the inscription.

The “sealed items” referred to in the title represent various products and raw materials dealt with by the administration,” wrote David, an archaeology lecturer at the Hebrew University of Jerusalem, in the appendix of the journal article.

It’s a mystery who exactly this individual was and what the scarab was doing in the building where it was found. “Since there is no other attestation of an Amenemhat ‘scribe of the house of the overseer of sealed items,’ we don’t know anything else about him, including where he was buried,” David told Live Science in an email. [Photos: Mummies Discovered in Tombs in Ancient Egyptian City]

David noted that it’s possible that Amenemhat never lived in or visited Rehob and the scarab may have been used in Rehob as a reminder of Egypt’s control over the area.