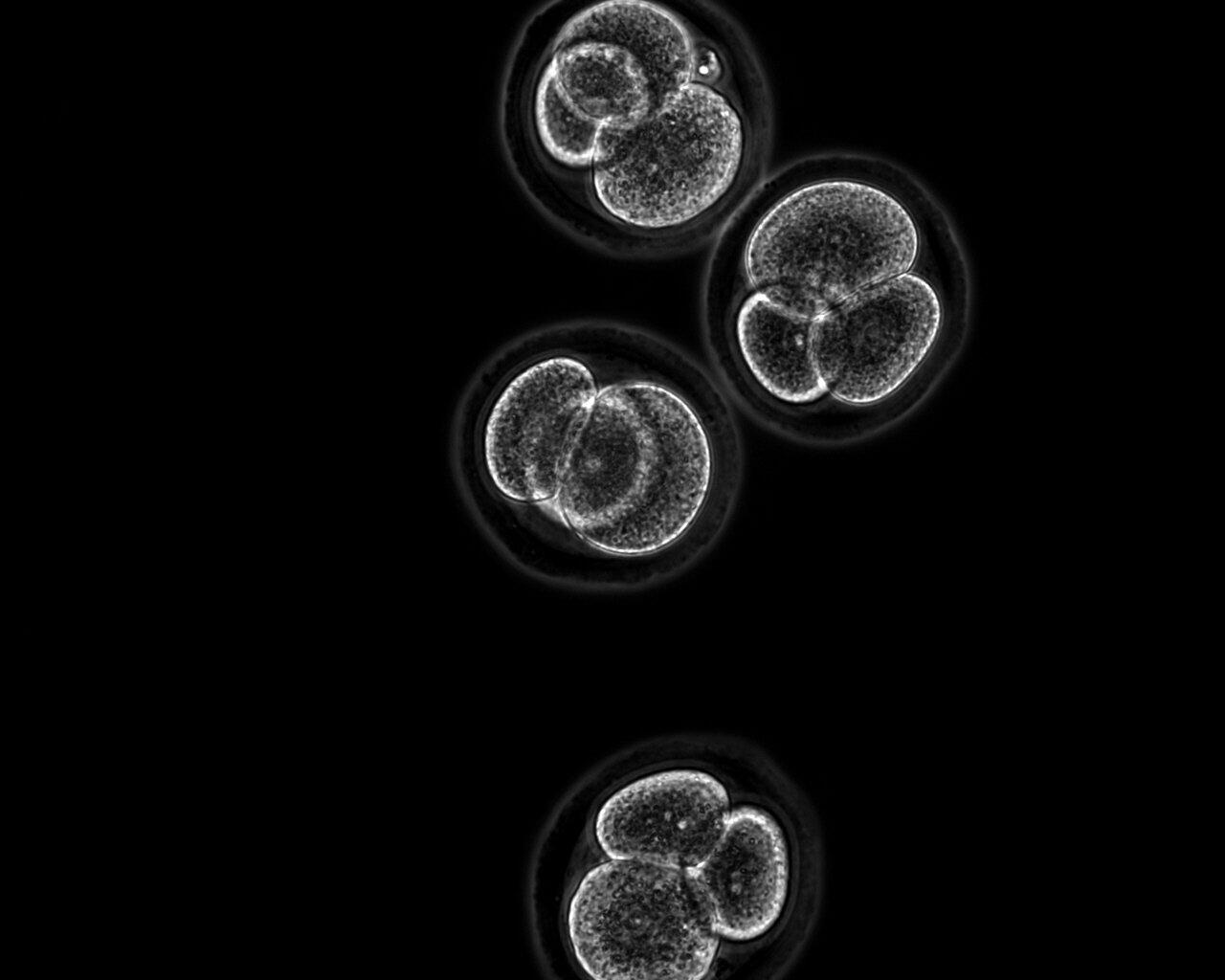 A new, groundbreaking study by the Hebrew University of Jerusalem (HU) found a way to transform skin cells into the three major stem cell types that comprise early-stage embryos. This work has significant implications for modeling embryonic disease and placental dysfunctions, as well as paving the way to create whole embryos from skin cells.

As published in Cell Stem Cell, Dr. Yossi Buganim of HU’s Department of Developmental Biology and Cancer Research and his team discovered a set of genes capable of transforming murine skin cells into all three of the cell types that comprise the early embryo: the embryo itself, the placenta and the extraembryonic tissues, such as the umbilical cord. In the future, it may be possible to create entire human embryos out of human skin cells, without the need for sperm or eggs. This discovery also has vast implications for modeling embryonic defects and shedding light on placental dysfunctions, as well as solving certain infertility problems by creating human embryos in a petri dish.

Back in 2006, Japanese researchers discovered the capacity of skin cells to be “reprogrammed” into early embryonic cells that can generate an entire fetus, by expressing four central embryonic genes. These reprogrammed skin cells, termed “Induced Plutipotent Stem Cells” (iPSCs), are similar to cells that develop in the early days after fertilization and are essentially identical to their natural counterparts. These cells can develop into all fetal cell types, but not into extra-embryonic tissues, such as the placenta.

Now, the Hebrew University research team, headed by Dr. Yossi Buganim, Dr. Oren Ram from the HU’s Institute of Life Science and Professor Tommy Kaplan from HU’s School of Computer Science and Engineering, as well as doctoral students Hani Benchetrit and Mohammad Jaber, found a new combination of five genes that, when inserted into skin cells, reprogram the cells into each of three early embryonic cell types—iPS cells which create fetuses, placental stem cells, and stem cells that develop into other extraembryonic tissues, such as the umbilical cord. These transformations take about one month.

The HU team used new technology to scrutinize the molecular forces that govern cell fate decisions for skin cell reprogramming and the natural process of embryonic development. For example, the researchers discovered that the gene “Eomes” pushes the cell towards placental stem cell identity and placental development, while the “Esrrb” gene orchestrates fetus stem cells development through the temporary acquisition of an extraembryonic stem cell identity.

To uncover the molecular mechanisms that are activated during the formation of these various cell types, the researchers analyzed changes to the genome structure and function inside the cells when the five genes are introduced into the cell. They discovered that during the first stage, skin cells lose their cellular identity and then slowly acquire a new identity of one of the three early embryonic cell types, and that this process is governed by the levels of two of the five genes.

Recently, attempts have been made to develop an entire mouse embryo without using sperm or egg cells. These attempts used the three early cell types isolated directly from a live, developing embryo. However, HU’s study is the first attempt to create all three main cell lineages at once from skin cells. Further, these findings mean there may be no need to “sacrifice” a live embryo to create a test tube embryo.