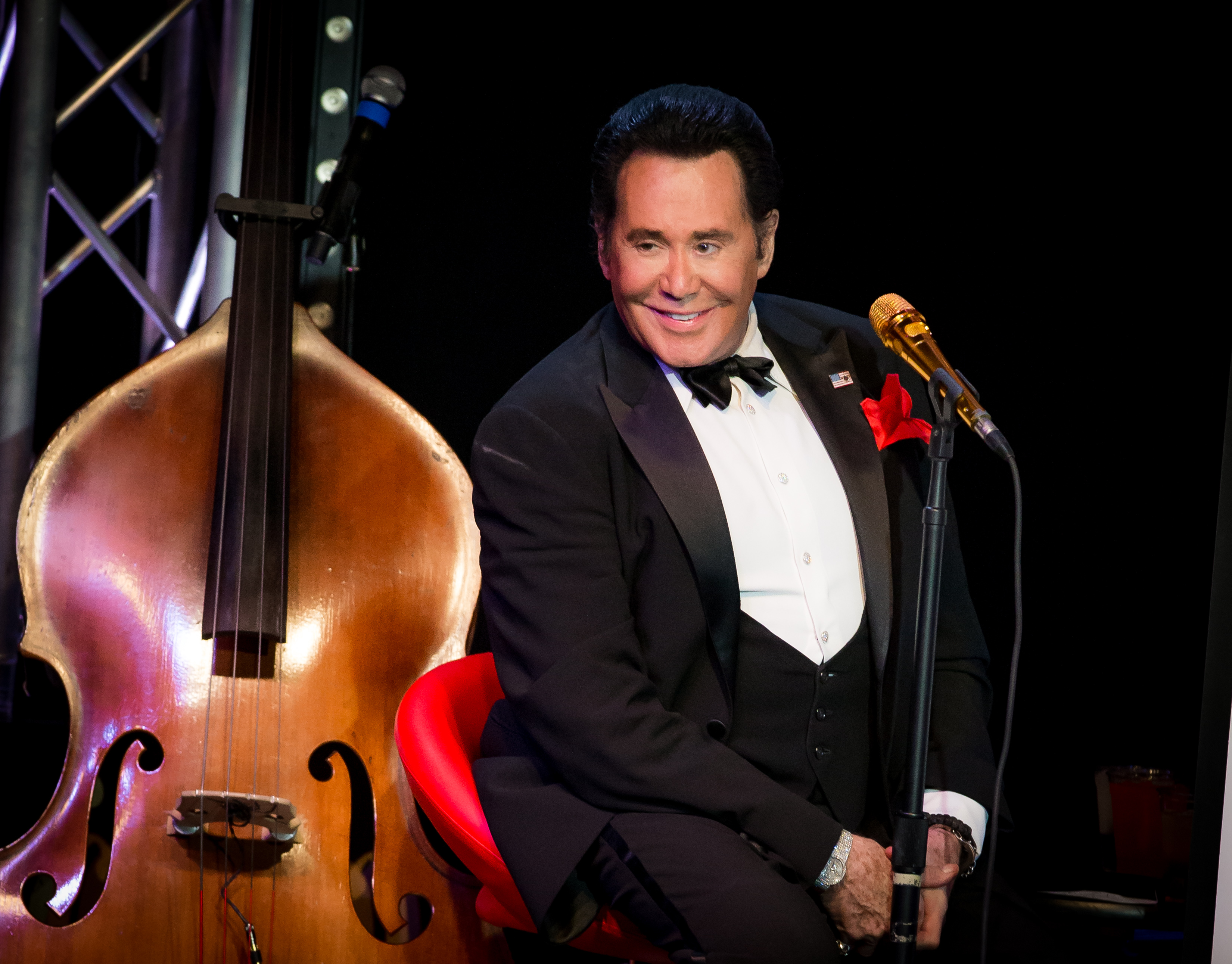 Recognized worldwide as ‘Mr. Las Vegas’, entertainer Wayne Newton is known for his signature song, “Danke Schoen,” plus many hit singles, including “Daddy, Don’t You Walk So Fast,” “Red Roses For a Blue Lady” and “Years.” He has recorded and released 165 albums to date.  In a business that is, at best, volatile and success sometimes short-lived, Wayne has performed live to more than 40 million people and has performed over 25,000 shows in Las Vegas alone. Without reading a note of music, he plays 13 instruments.  He exemplifies the talent, glamour, and energy that is Las Vegas. Having established himself as an accomplished actor, both on television and in movies such as “Vegas Vacation” and James Bond’s “License to Kill”, Wayne’s getting more attention than ever.

Born in rural Virginia, Wayne knew from a young age he wanted to entertain. At age six, he had his first radio show. At age nine he had his first television show in Phoenix AZ, where his family had moved due to Wayne’s asthma. Starting at the bright young age of 15, Mr. Las Vegas performed six shows a night, six nights a week, at the Fremont Hotel. It was obvious Wayne simply worked harder and dug deeper than anyone out there, sizing up audiences as he went, and tailoring shows to fit their moods.

His heartfelt patriotism leads to the very core of who Wayne Newton is. He has entertained troops in every major confrontation our country has been in since Vietnam…and he was there twice. One of Wayne’s highest honors was announced in October 2000, when Bob Hope and the USO passed the torch naming him the “Chairman of the USO Celebrity Circle.” From 2001 through 2004, Wayne took 16 USO tours overseas. Wayne was the first performer to entertain our troops in Afghanistan and Iraq. President George W. Bush honored Wayne at a private White House reception in 2001, thanking him for his patriotism. Wayne has always believed, “Entertaining our men and women of the armed forces overseas has been one of the highlights of my life.” The US Department of Defense bestowed upon Wayne its highest civilian award for being the only American entertainer to perform in all of these places, something Wayne is truly proud of.

The people of Las Vegas and Nevada have given him their highest honors. He is one of only two people in Las Vegas history to receive the city’s Medal of Honor. He has been named “Ambassador of Goodwill” for the state of Nevada. The Las Vegas’ McCarran International Airport’s main thoroughfare was renamed “Wayne Newton Boulevard.” He was also named one of the “Top Three Entertainers of the Century, in Nevada and Around the World”, along with Frank Sinatra and Elvis. There is a Wayne Newton star on the Hollywood Walk of Fame, and he was bestowed the very first star on the Las Vegas Walk of Fame. To quote Merv Griffin, “Las Vegas without Wayne Newton is like Disneyland without Mickey Mouse.”