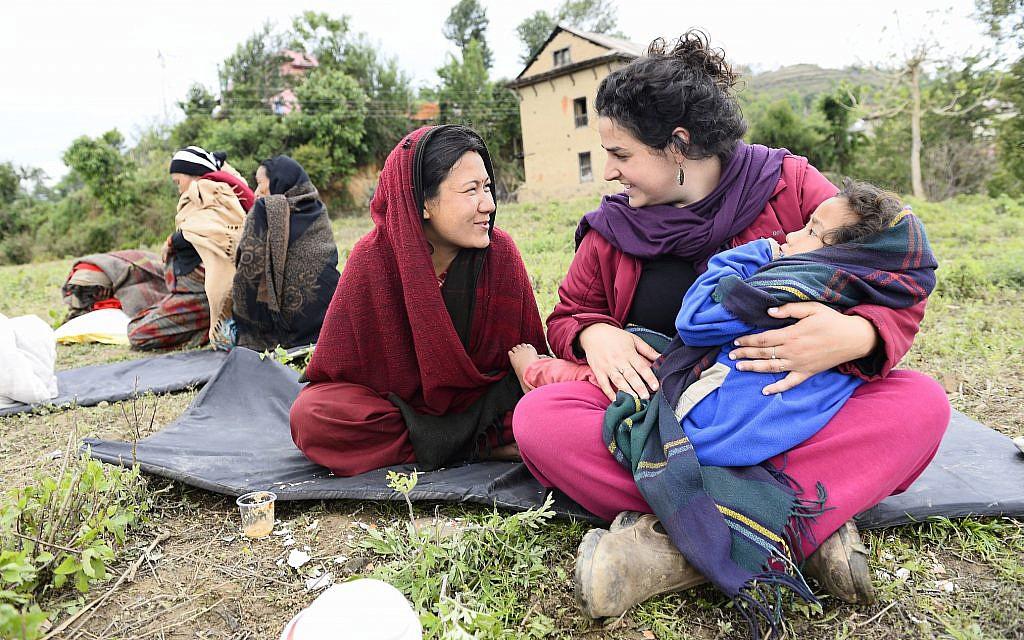 American college students torn between a semester in Israel and one in a more exotic location will no longer need to choose, as the Hebrew University launches a new partnership with a Jewish social justice group for a joint Israel-Nepal semester this spring.

“Students are often pulled between wanting to explore deeper inwardly, about their Jewish identity, or their global identity, going farther than they have had a chance before,” said Micha Odenheimer, the founder and director of Tevel B’Tzedek. “This semester can appeal to kids who want to do both.”

Tevel B’Tzedek has run short-term social justice programs in Nepal since 2007, providing a Jewish framework for young people to volunteer with agricultural and development projects in rural villages. The organization makes a three-year commitment to each village, and more than 1,200 volunteers have participated.

Hebrew University already offers GLOCAL, an 18-month master’s degree in international development that combines study in Israel with internships in developing countries. Some of the GLOCAL students have completed their internships with Tevel B’Tzedek in Nepal.

This is the first time that Hebrew University will offer a semester-long option to international students combining study in Jerusalem and another country.

The program hopes to launch in January 2019 for the spring semester. It is not open to Israelis.

Students will have class time on subjects such as international development, climate change and the environment; Nepali language, history and culture; religious history and social justice. Part of the semester will also be spent in rural villages in Nepal where Tevel B’Tzedek is helping communities to develop ecotourism, and where students will complete a research project.

The program is pricey, with the semester course costing $16,500, not including airfare to Israel. This is on par with international study abroad programs for American students, which cost an average of $18,000 per semester. Israeli tuition at public universities is around $3,000 per year.

Shachar Yanai, the director of the undergraduate division at Hebrew University’s Rothberg International School, said the school was drawn to Tevel B’Tzedek’s deep connections to Nepal. “This is a unique opportunity to integrate not only academic studies but also experience in the field,” said Yanai.

Hebrew University is considering expanding to other countries in the coming years.

“This is a pilot. If we see there is success we might consider doing it elsewhere,” said Yanai. “It’s the first time that Hebrew U is doing a study abroad program outside of Israel. It’s quite a big project for us, so we’ll test it out for a few years and see what happens.”

The program is open to all international students but Yanai said he and his colleagues expect that Americans will make up the majority of participants, since there is a strong culture of studying abroad in the United States.

He said the lessened amount of time students will spend in Israel compared to the typical study abroad semester in Israel was not a matter of concern. “We expect that most of the students who will be joining will have been to Israel before,” he said. “And even if not, a month in Israel is better than nothing. It’s much more than two weeks, which is what most study abroad students are doing these days.”

Odenheimer is also excited for the academic opportunities that will arise from the program.

“It’s about creating more capacity among the Jewish people in terms of dealing with global issues and global challenges,” he said. “It’s important to me to integrate Jewish identity with global poverty and the environment.” (Students do not need to be Jewish to participate.)

“I’ve been interested for a while in exploring the connection between religion, ethics, and international development,” said Odenheimer. “We need to ask — development to what? What are we trying to develop? A second-rate copy of what’s going on in the West? Or deeper questions of what does it mean to be a human being and create a better human society?

“This program is everything we’re trying to do in Tevel B’Tzedek,” Odenheimer explained. “There is no contradiction between deepening one’s own identity and reaching out to create a better human world that we all know we need to do if we’re going to survive.”