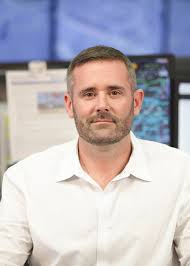 Lieutenant Johnmichael O’Hare, a police officer in Hartford, CT, began his career in the patrol ranks before moving on to a proactive street crimes unit counteracting narcotics and firearms violence. He became a Gang Intelligence Officer and achieved the rank of Detective in 2009. He is the recipient of the Chief’s Medal of Honor, the Department’s highest award. Lieutenant O’Hare created the Capitol City Command Center (C4), a real time intelligence center supporting critical functions on the street in addition to providing analytical and forensic support to investigative units. Today, C4 is a resource for local, state, and federal agencies. Lieutenant O’Hare and his team currently support nearly 900 live camera views deployed throughout Hartford as well as mobile and video forensic capabilities. He speaks internationally regarding the creation and sustainability of a command center and its role in creating a “Smarter City.”