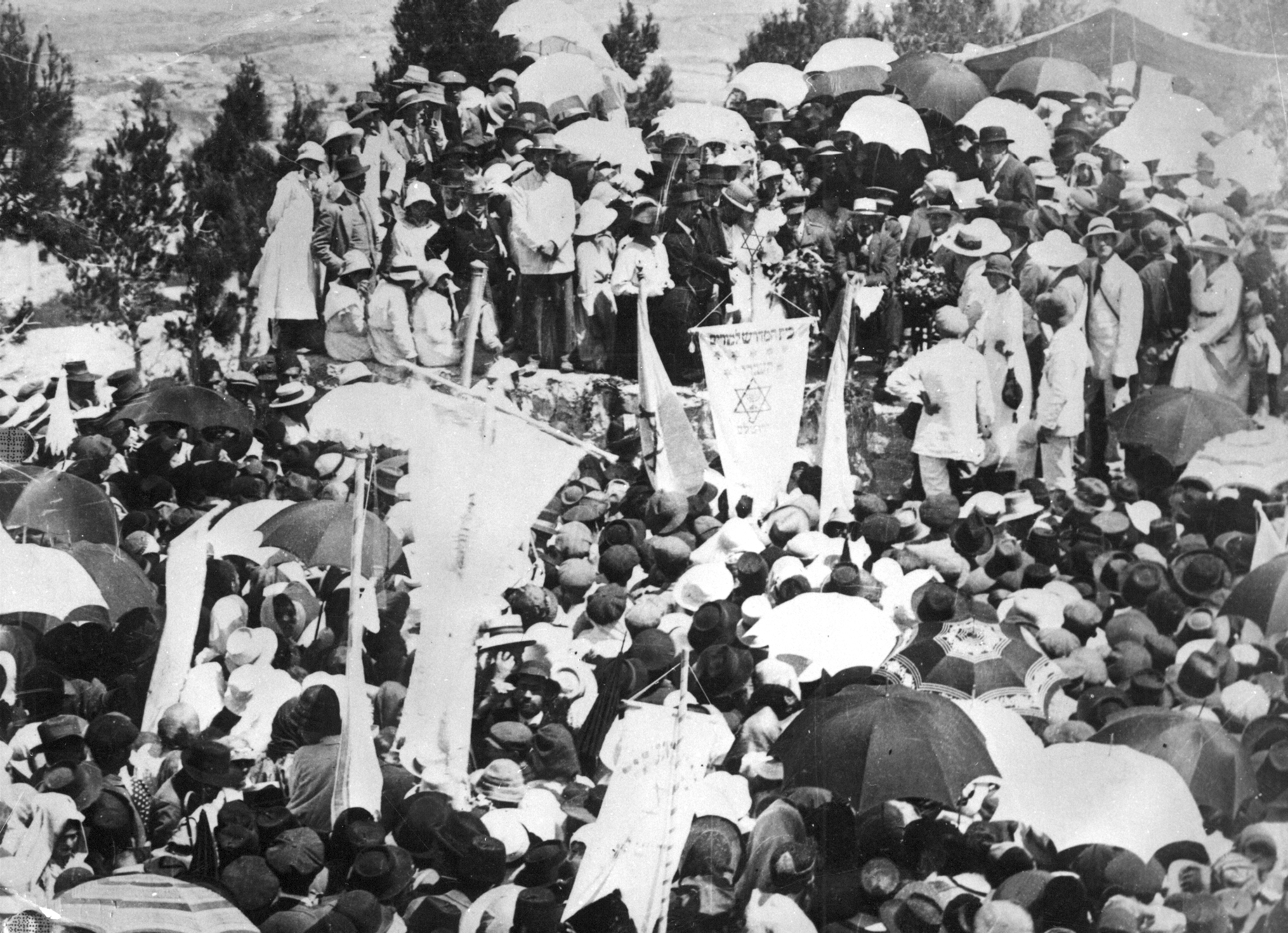 This year, on July 24th, the Hebrew University of Jerusalem will mark 100 years of achievement since the laying of its cornerstones. It’s a success story like no other.

The university was envisioned as a center of intellectual energy and a home for the spirit of inquiry by another of its founders, Dr. Chaim Weizmann, who later went on to become Israel’s first president.

In a stirring address he delivered when its cornerstones were laid on Mount Scopus, overlooking the city of Jerusalem, on July 24, 1918 (and pictured below), he said:

“It seems at first sight paradoxical that in a land with so sparse a population, in a land where everything still remains to be done, in a land crying out for such simple things as plows, roads, and harbors, we should begin by creating a center of spiritual and intellectual development.”

Hebrew University is one of the world’s leading research and academic institutions. Its faculty and alumni have won eight Nobel Prizes, one Fields Medal, 299 Israel Prizes, nine Wolf Prizes, 89 Rothschild  Prizes, and 33 EMET Prizes for Art, Science, and Culture.

To celebrate this milestone event, Hebrew University will hold the “HUNext100 Global Giving Day.” All alumni, parents, friends, faculty, and staff are invited to unite across six continents, racing the clock to see

how much they can raise online – in one day – to support another 100 years of knowledge, innovation, and excellence.

“We are all excited to be embarking on our next 100 years and immensely thankful for the international support for our first Global Giving Day,” said Hebrew University president Professor Asher Cohen.

Funds donated will go towards areas of greatest need including research breakthroughs, scholarships and faculty recruitment of the world’s best and brightest.

Visit www.hugivingday.com to get involved, sign up for reminders about Hebrew University’s Global Giving Day and to become an Ambassador and share the news with your own networks, friends, and family.