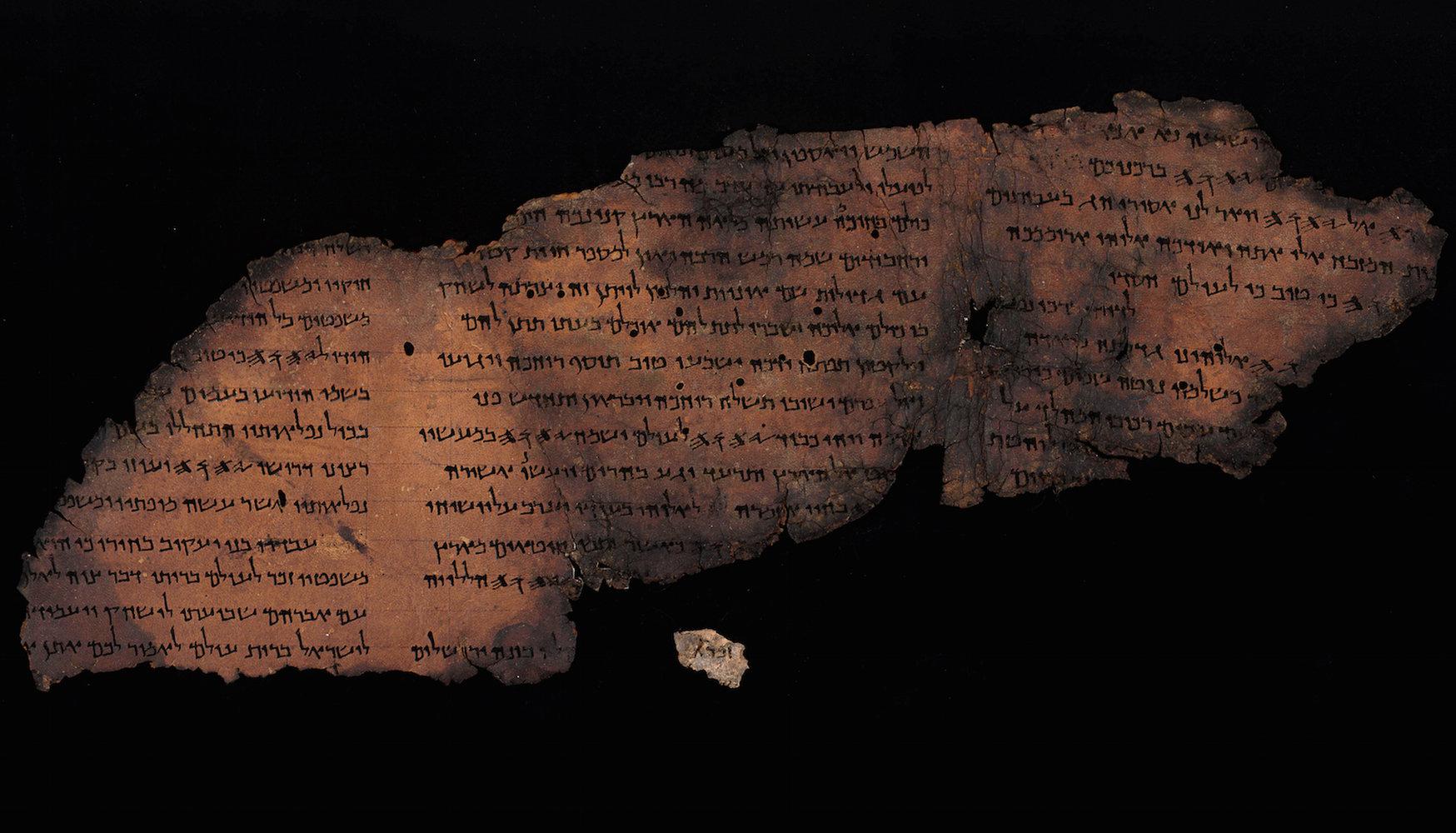 Previously hidden text on fragments of the Dead Sea Scrolls is now readable, revealing a possible undiscovered scroll and solving a debate about the sacred Temple Scroll. The discoveries came from a new infrared analysis of the artifacts, the Israel Antiquities Authority (IAA) announced yesterday (May 1).

The newfound writing came from the books of Deuteronomy and Leviticus, which are in the Hebrew Bible (also known as the Old Testament of the Christian Bible), and the Book of Jubilees, a text written at the same time as the Hebrew Bible that was never incorporated into the biblical books, the archaeologists said.

Researchers presented the newly revealed words at an international conference, called “The Dead Sea Scrolls at Seventy: Clear a Path in the Wilderness,” in Israel. [Gallery of Dead Sea Scrolls: A Glimpse of the Past]

Local Bedouins and archaeologists discovered the Dead Sea Scrolls in the 1940s in caves near Qumran in the West Bank, located near the northern edge of the Dead Sea. Excavations in the following decades turned up tens of thousands of parchment and papyrus fragments that were dated to 2,000 years ago, the IAA said.

There were so many small and fragile fragments that archaeologists placed them in boxes to be studied at a later date. Now, that time has come: IAA researchers are digitizing the scrolls so that they can be studied and shared with the public without damaging the originals.

During one of these digital scans, Oren Ableman, a scroll researcher at the IAA’s Dead Sea Scrolls Unit and a doctoral student in the Department of Jewish History at the Hebrew University of Jerusalem, noticed something peculiar on a few dozen fragments that had been discovered in Cave 11 near Qumran.

These fragments looked blank to the naked eye. But, by using infrared imaging, Ableman discovered that they held Hebrew letters and words, he said in a statement. Ableman then deciphered the script and even connected the fragments to the manuscripts that they had likely been attached to before crumbling away.

Some of the more interesting fragments include the following:

-A fragment from the Great Psalms Scroll. This fragment contains part of the beginning of Psalm 147:1, and the end of the verse is preserved in a larger fragment from the same cave. The newfound fragment shows that the ancient Psalm is slightly shorter than the Hebrew text used nowadays.

-Another fragment has letters written in paleo-Hebrew, an ancient Hebrew script. This fragment could not be attributed to any known manuscripts and could belong to an unknown manuscript.