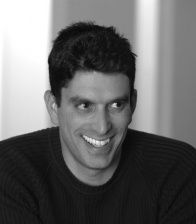 Professor Adi Mizrahi is the co-Director of the Edmond and Lily Safra Center for Brain Sciences (ELSC), and is a professor with the Department of Neurobiology at the Alexander Silberman Institute of Life Sciences. He is the recipient of multiple awards and fellowships, including The Yigal Alon Fellowship of the Israeli Council of Higher education and the Bernard Cwikel award for Life Sciences and Health Sciences. In 2009, Professor Mizrahi received the Sir Zelman Cowen Universities Fund Prize for Discovery in Medical Research; this prestigious award is reserved for outstanding scientists under 40 years of age. The Cowen Prize recognized his contributions to understanding the formation of nerve connections in the central nervous system. These findings are relevant to the development of advanced new techniques for repairing the central nervous system. In 2017, Professor Mizrahi was named The Eric Roland Chair in Brain Sciences.

Professor Mizrahi heads the Laboratory of Neuronal and Circuit Plasticity at ELSC where he and his team developed models that facilitate and track the process of new neuron formation in the brain. His laboratory studies both the structure and the function of neurons in two main sensory modalities: olfaction and audition. Through this pioneering work, they are identifying and exploring the key steps by which new neurons become connected to pre-existing neurons. These studies are essential to create effective therapies capable of regenerating brain structures based on stem cell technology, thus restoring function in brains that have been damaged by disease or injury.