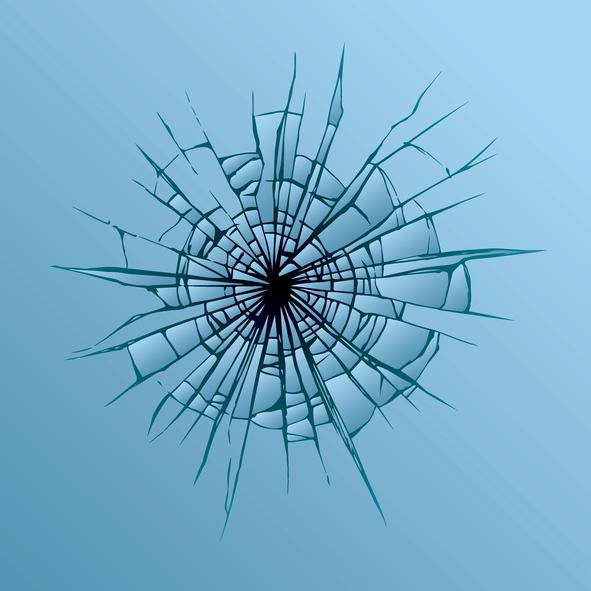 October 31, 2017 — Researchers have long pondered on the origin of delicate criss-cross facetted patterns that are commonly found on the surfaces of broken material. Typical crack speeds in glass easily surpass a kilometer per second, and broken surface features may be well smaller than a millimeter. Since the formation of surface structure lasts a tiny fraction of a second, the processes generating these patterns have been largely a mystery.

Now there is a way around this problem. Replacing hard glass with soft but brittle gels makes it possible to slow down the cracks that precipitate fracture to mere meters per second. This novel technique has enabled researchers Itamar Kolvin, Gil Cohen, and Professor Jay Fineberg, at the Hebrew University of Jerusalem’s Racah Institute of Physics, to unravel the complex physical processes that take place during fracture in microscopic detail and in real time.

Their work sheds new light on how broken surface patterns are formed. Surface facets bounded by steps are formed due to a special “topological” arrangement of the crack that cannot easily be undone, much as a knot along a string cannot be unraveled without pulling the whole length of the string through it.

These “crack knots” increase the surface formed by a crack, thereby creating a new venue for dissipating the energy required for material failure, and thereby making materials harder to break.

“The complex surfaces that are commonly formed on any fractured object have never been entirely understood,” said Professor Jay Fineberg. “While a crack could form perfectly flat, mirror-like fracture surfaces (and sometimes does), generally complex facetted surfaces are the rule, even though they require much more energy to form. This study illuminates both how such beautiful and intricate patterns emerge in the fracture process, and why the crack cannot divest itself of them once they are formed.”

This physically important process provides an aesthetic example of how physics and mathematics intertwine to create intricate and often unexpected beauty. The research appears in Nature Materials.