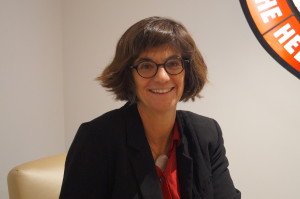 Helping ensure cities are created for all kinds of people

AFHU spoke with Dr. Emily Silverman, a faculty member at the Hebrew University’s Geography Department, teaching courses in housing policy and urban regeneration, social aspects of planning and community development. She is the director of the Urban Clinic.

What is Urban Planning?

Urban Planning and Urban Studies are applied professions like law, medicine or business. Students need to do practical work and their research needs to reach decision makers, influencing policy and making a positive difference.

What is the Urban Clinic?

The Urban Clinic (UC) at Hebrew University is an academic body that works to strengthen creative and socially aware urban leadership in Israel. The clinic provides state-of-the-art knowledge about housing, urban regeneration, and community planning, ensuring urban practitioners are equipped with effective tools and skills to make cities great places for all.

Founded in 2013, the UC is part of the Faculty of Social Sciences at HU and linked to the Institute of Urban and Regional Studies. The Urban Clinic focuses on social justice issues. Cities are places of social mobility and the UC works to ensure cities are planned and managed for all kinds of people, thinking about the needs of poor people, children, women, the elderly, Jews, and Arabs.

How Does it Work?

Students at the Urban Clinic receive credit much like students at HU’s legal clinics. They can get academic credit for working with a neighborhood council in Jerusalem. The students, in addition to taking theory and skills courses, can take an applied course and work with a professional.

In addition to courses, we take on cutting-edge innovative projects, usually in partnership with government ministries and municipalities. For example, we noticed that community social workers, employed by the Ministry of Social Affairs to organize residents in low-income neighborhoods, lacked the technical vocabulary to understand significant new urban renewal plans. After our training, the community social workers were able to help low-income residents take 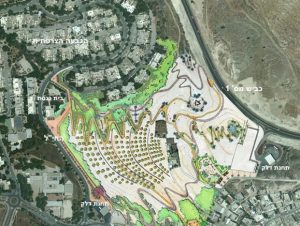 a position on the plans, and to more effectively advocate for their needs. Students documented the course for broader distribution, and are now assisting some of the community social workers in carrying out their projects.

Where the Urban Clinic Works

We’re focused on Jerusalem because that’s where the university is and because Jerusalem, while amazing, also has many challenges as a city. Last year at the Urban Clinic, HU was our client. We looked at the impact of the university on the surrounding neighborhoods and came up with recommendations for how the university can help to improve the neighborhood.

We also have national projects and work internationally, tying into the Glocal program (the community development degree program at HU).  We currently have a student in Argentina looking at informal settlement issues and we’re looking forward to working together to apply his new learnings. International students in the Glocal program, such as two of my students from Nigeria and Uruguay, can work with refugees from Sudan or Eritrea in Tel Aviv.

Urban planning is more important and powerful in Israel than in some other places. In Israel, there’s a very centralized planning system in which almost any new building needs approval. In the U.S., in contrast, you don’t need approval so long as you abide by the zoning regulations

The head of the Israeli planning pyramid, Binat Schwartz, is a graduate of HU’s urban planning program. She’s the first person in this position who isn’t an architect and she is leading a revolution.  Her position is that Israeli urban planning has been too centralized, with too much power given to national planning bodies. She’s leading a reform to give cities the authority to ratify their own plans, including extra budgets for hiring new planning staff. Better urban planning staff is the difference between cities that can only respond to a developer’s plan and those that can create their own vision of a good city for all and ratify plans accordingly.

After I graduated Swathmore in 1984, I lived in an Arab town in the Galilee. I was on a program called ‘Interns for Peace,’ with the goal of having Israeli Arab and Jewish children positively interact with each other. We took a group of middle-schoolers from the Arab town to visit the nearby Jewish town, and the mayor called for questions. The Jewish kids asked ‘Why don’t we have a movie theater? Why don’t we have a pool?’ The Arab children were hesitant, but then asked, ‘Why don’t we have sidewalks in our towns? Why don’t we have streetlights?’ Realizing these disparities were so strong and the communities lived so separately was a seminal moment. How do you work on co-existence, recognizing each other when the differences are so great? This experience led me to urban planning.

Later, I did environmental work and we were always objecting to building that was going to harm the environment. Eventually, I realized I wanted that rather objecting from the sidelines, I wanted to work with decision makers on what should be done instead. During the 2011 social protests in Israel, with their clarion call for ‘affordable housing’, I led a team of 50 urban planners and academics, devising a program for more socially just housing and transport policies.

HU has so many programs and resources that tie in to urban planning and development, like law, technology, arts and social sciences, making it the best place for my work. I can do practical work making a difference– this is my dream.

Hebrew University currently has 60 students in the urban planning program, the largest amount in 10 years. One reason for the increase is actually the social justice protests of 2011 – people realized that urban planning is critically important for social justice. There is a downside to many students, when you lack the necessary resources.

For example, I’ll have 20 – 30 students in a graduate seminar – a contrast to the six person seminars in America and a teaching assistant is only assigned when there is more than 50 students. Our students are eager to get hands-on experience and the core of any urban planning program is a workshop or a studio, where you can work on real topics – like cities that work for elderly people – but for this you need at least two teachers for every twenty students, something that we can’t yet provide.  Currently we have only five very small fellowships for the UC annually – we have three students receiving about $800 a month and the others are one-off grants. A $10,000 grant supports a student fellowship for a year. We’d like to be able to award these to every good student who wants to have a practical internship while completing a master’s degree in urban planning.

When students graduate, they look for jobs in cities or government, as urban planners, or in the private sector.  More and more are now working in non-profits, such as in advocacy and service provision for Ethiopian Jews, refugees or children. These organizations now understand that urban planning is about allocating space as a resource – and urban planners on their staff can help them to better access that important resource, making a more cohesive and more just society.