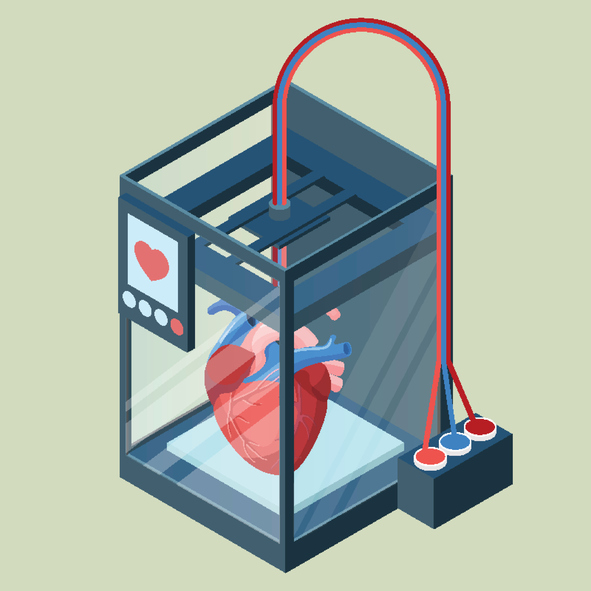 A new type of nano-photoinitiator could lead to advanced biomedical and industrial materials, along with more environmentally friendly printing processes

August 2, 2017 — Researchers at the Hebrew University of Jerusalem’s Center for Nanoscience and Nanotechnology developed a new type of photoinitiator for three-dimensional (3D) printing in water. These unique nanoparticles could allow for the creation of bio-friendly 3D printed structures, further the development of biomedical accessories, and drive progress in traditional industries such as plastics.

3D printing has become an important tool for fabricating different organic based materials for a variety of industries. However, printing structures in water has always been challenging due to a lack of water soluble molecules known as photoinitiators — the molecules that induce chemical reactions necessary to form solid printed material by light.

3D printing in water also offers an environmentally friendly approach to additive manufacturing, which could replace the current technology of printing in organic based inks.

Unlike regular photoinitiators, the novel hybrid nanoparticles developed by Professor Banin and Professor Magdassi present tunable properties, wide excitation window in the UV and visible range, high light sensitivity, and function by a unique photocatalytic mechanism that increases printing efficiency while reducing the amount of materials required to create the final product. The whole process can also be used in advanced polymerization modalities, such as two photon printers, which allows it to produce high-resolution features.

The research paper was featured in the American Chemical Society (ACS) Editor’s Choice, where ACS offers free public access to new research of importance to the global scientific community, based on recommendations by the scientific editors of ACS journals from around the world. ACS is the leading publisher of peer-reviewed research journals in the chemical and related sciences.

Researchers involved in this study are affiliated with the Center for Nanoscience and Nanotechnology and The Institute of Chemistry at the Hebrew University of Jerusalem, in Israel, and the Institute of Systems Research and Department of Mechanical Engineering at the University of Maryland, in the United States.