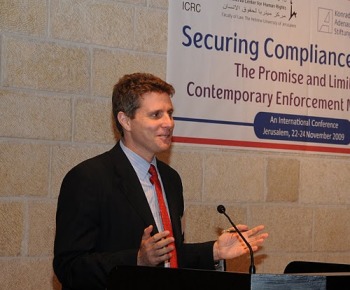 Professor Yuval Shany is the former dean of the Hebrew University Faculty of Law. Specializing in international law, human rights and the laws of war, Professor Shany serves as the Hersch Lauterpacht Chair in International Law and as the Academic Director of the Minerva Center for Human Rights. In September 2012, he was chosen to be one of the 18 senior jurists to serve on the UN Human Rights Committee.

Professor Yuval Shany, discusses his legal career in human rights, how his research is influenced by Israel’s political situation, and his time at the Hebrew University.