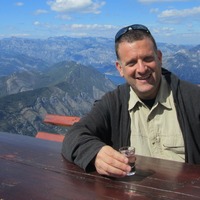 Dr. Eyal Ginio is an Associate Professor and Chair of the Department of Islamic and Middle Eastern Studies at the Hebrew University of Jerusalem. He received his Ph.D. from Hebrew University and was awarded a Rothschild post-doctoral Fellowship, which he completed at Oxford University.  Dr. Ginio’s expertise is in the social history of the Ottoman Empire with a particular emphasis on 18th-century Salonica. His current book in-process is The Ottoman Empire: The Balkan Provinces.