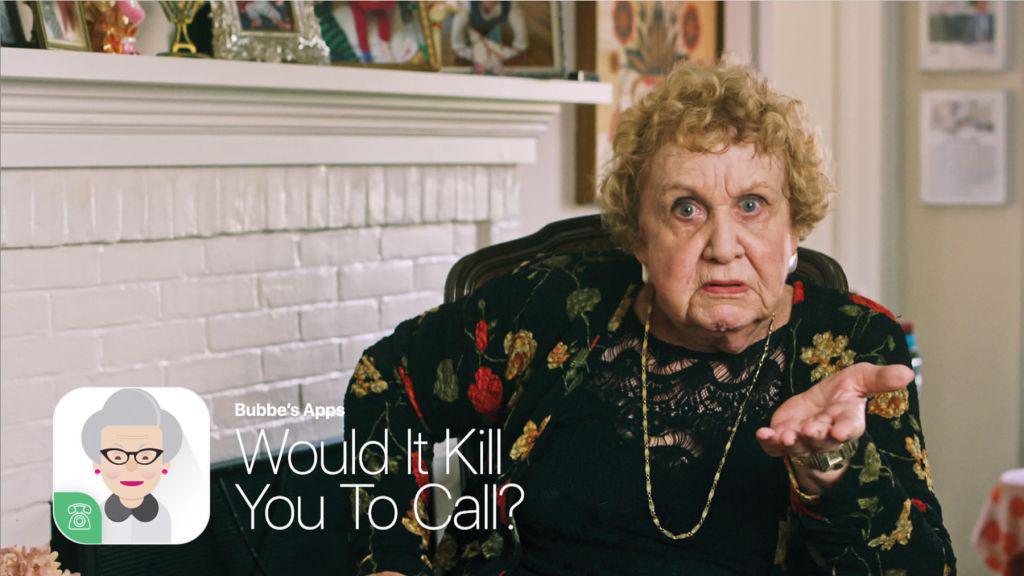 So you’re a grandmother whose kids and grandkids apparently are too busy to keep in touch — how do you remind them? Handwritten notes. Email messages. Guilt-laden phone calls. Or, since late last month, a new app touted on the revamped website of the American Friends of the Hebrew University. A video on the website features an octogenarian identified as Judith Cohen who describes the “Would It Kill You to Call?” app she’s developed that will send periodic cell phone reminders to delinquent members of the mishpocha. “Do they ever remember to call their bubbe?” she asks. After seven days without a call, a text message goes out to the offender. It seems like a great way to reach out and touch forgetful ones. Just one problem — the app isn’t real. The 90-second video, one of three that the U.S. branch of Hebrew University (afhu.org) unveiled a few weeks ago, is designed to spread the message of the school’s high-tech reputation. With a light touch. In online comments, many people said they thought the app “was real,” said Eileen Hume, chief marketing officer for the American Friends. Some asked, “where can I find the app?” Others responded with “a lot of laughing emojis and LOLs.” So far, Hume said, the video has gotten “nearly a million views. It’s a pleasant surprise.” People who have seen its closing message, “Bubbe may not have the most advanced tech, but the Hebrew University does.” “Hebrew University is at the forefront of technology,” Hume said. “It’s important to get the message out to new, wider audiences.” The video came out of a brainstorming session on new ways to get the word out about Hebrew University’s work. Then came an aha moment. Or, in this case, an oy vey moment. What about a bubbe-centered video? “Everyone has a bubbe,” Hume said. “It’s a shared cultural experience.” A casting call went out. More than a dozen actresses tried out for the role. Judith Cohen is played by Barbara Malley, an 84-year-old actress whose TV and movie credits include a nurse, a mobster’s mother and a “grandma.” Malley is not Jewish. She “nailed” the Yiddish accent and Jewish inflections, Hume said. Two other videos Malley did for Hebrew University have her “delivering desirable Jewish boys to loved ones’ doorsteps,” and reminding people “to put on a jacket when the temperature dips below 80 degrees.” All stereotypical bubbe behavior. Any complaints from the bubbe lobby? No, Hume said. “The reception has been nothing but positive. It’s all been taken in a good manner.” The American Friends are now planning their next videos. Bubbe Cohen may return, Hume said. “It’s certainly within the realm of possibility. We will build on the success that bubbe will bring.”