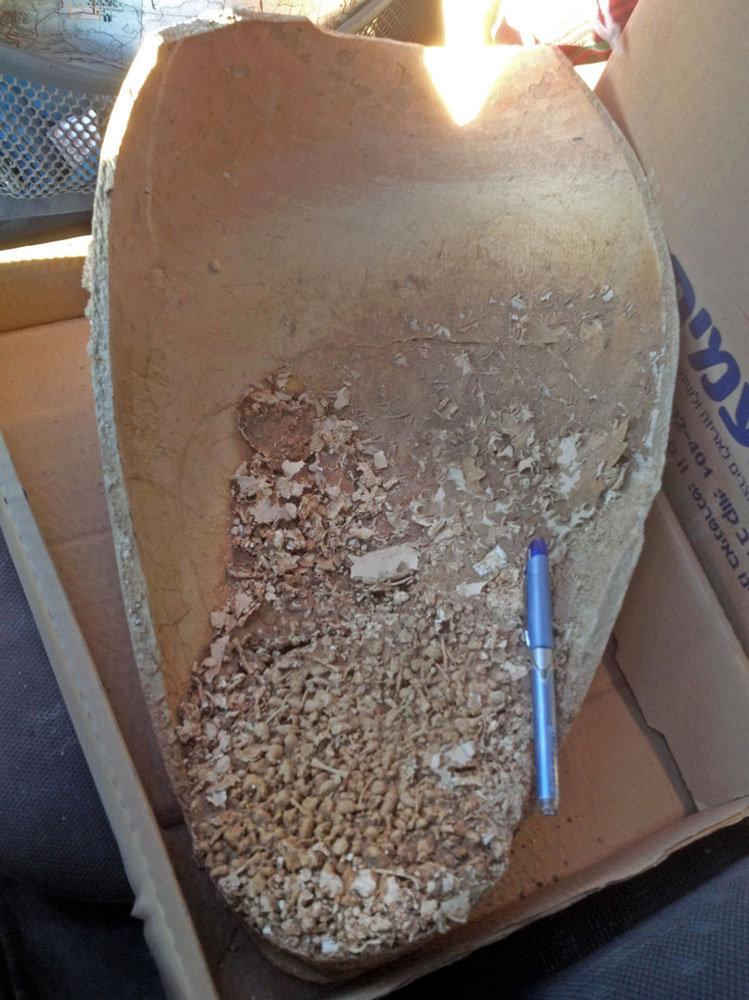 In one of the rock-cut tombs, archaeologists made a rare discovery: a jar full of bones from nine headless toads. The toads had been decapitated before they were buried with the dead, possibly as a way to prepare the animals to be “eaten.” Finding a tomb that’s been sealed for thousands of years is always a treat for archaeologists —especially when that tomb contains a jar of headless toads. That’s what archaeologists discovered inside a 4,000-year-old burial in Jerusalem, the Israel Antiquities Authority (IAA) announced yesterday (Sept. 25). The excavators think the jar might have been a funeral offering to feed the dead in the afterlife. In 2014, archaeologists were excavating at a Bronze Age cemetery of more than 60 rock-cut tombs in Jerusalem’s Manaḥat neighborhood. They discovered a sealed tomb, and after they rolled back the stone that was covering its opening, they found one poorly preserved human skeleton. The person had been buried lying on their back among intact ceramic bowls and jars. Based on the style of the pottery, the researchers think the tomb likely dates to the early part of the Middle Bronze Age (about 4,000 years ago). [See Photos of the Burial and Headless Toad Remains] One of the jars held a heap of small bones from nine toads that had all been decapitated. “It is impossible to determine what role the toads played, but they are clearly part of the funerary rituals,” Shua Kisilevitz, one of the excavation directors with the IAA, told Live Science. Kisilevitz added that during this period toads were a symbol of regeneration for people in Egypt (the neighbors and sometimes overlords of the ancient Canaanites who lived in the Levant). But it’s also possible that the toads had a more practical function: At the time, the dead were often buried with offerings that would serve them in their passage to the afterlife. “Food offerings are a staple of burial customs during this period, and there is a possibility that the toads were indeed placed in the jar as such,” Kisilevitz said. The fact that they were decapitated is another clue: One way to prepare toads for eating is to remove the head and edges of the limbs so that the sometimes-toxic skin could be removed, Kisilevitz added. While rare, the jar of toads isn’t entirely unprecedented. Kisilevitz said she knows of a Late Bronze Age tomb at Wadi Ara in the north of Israel that also included a vessel with decapitated toads. Dafna Langgut, an archaeology researcher at Tel Aviv University, found that the vessels in the Manahat tomb came into contact with date palms and myrtle bushes, which do not grow naturally in this area. The researchers think it’s possible that these trees and bushes were planted in a special orchard where funeral rituals for food offerings to the dead were held. The findings will be presented Oct. 18 at an archaeology conference at the Hebrew University of Jerusalem.