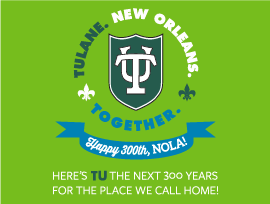 An initiative headquartered at Tulane University fosters academic collaboration between U.S. and Israeli universities to address shared energy challenges. The work of the planned U.S.-Israel Energy Research Innovation Center has been jump-started by a $100,000 gift from Tulane parents Stuart and Suzanne Grant. “This is letting us build bridges between institutions, both within the U.S. but also between the U.S. and Israel in a way that would have simply not been possible without it,” said Daniel Shantz, who holds the Entergy Chair in Clean Energy Engineering and is a professor in the Department of Chemical and Biomolecular Engineering at Tulane. The Grants’ gift enabled Shantz to travel to Israel in May 2017 to meet with academics and government officials there. The gift also allowed Tulane student Imri Frenkel, a rising senior majoring in chemical engineering, to participate in a summer internship in the Segal-Peretz lab at the Technion-Israel Institute of Technology. Frenkel’s work, making ultrafiltration membranes for water purification, builds on his research experience in the Albert lab at Tulane. In addition to Tulane, American partners include the University of Louisiana–Lafayette, University of Washington, Texas A&M University, Louisiana State University and Argonne National Laboratory. Partners in Israel include the Technion-Israel Institute of Technology, Hebrew University of Jerusalem and Geological Survey of Israel. The Grants’ gift will position Tulane to compete for the proposed U.S. Department of Energy (DOE) Center of Excellence in Energy Engineering and Water Technology that was authorized by Congress in 2014. Congress had allocated funding for the center in both the House and Senate Fiscal Year 2018 Appropriations bills, so a request for proposals from DOE is possible within 3 to 6 months. “We are delighted to be a part of such a worthwhile endeavor that will promote academic partnership between the United States and Israel,” said Stuart Grant. “Tulane is well positioned to host the center given its position in the Gulf and storied history of research and development in energy technologies.”