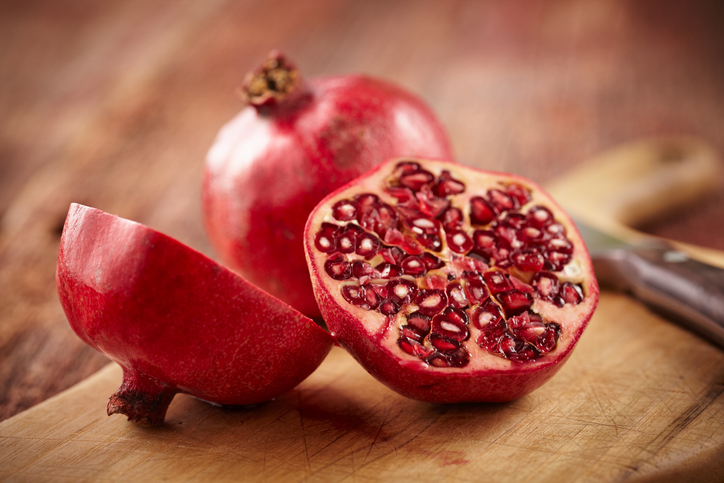 Everybody knows that the pomegranate is a superfood. One of the seven native fruits of Israel, pomegranates are packed with health-promoting and healing antioxidants and vitamins.

This is just the latest study showing benefits of this over-the-counter supplement. It is not a cure — nerve cell damage is irreversible – but GranaGard seems to prevent or slow neurodegeneration and even reduce symptoms caused by neurodegenerative diseases or aging.

Several years ago, Gabizon had great results using an Israeli face cream from Lavido containing pomegranate seed oil. She learned that the active ingredient in the oil is punicic acid, a powerful antioxidant.

She wondered how this unique polyunsaturated fatty acid (also known as Omega 5) might help her engineered lab mice, which are predisposed to developing the fatal neurodegenerative disorder Creutzfeldt-Jakob disease.

“I came into my lab one morning and said to my students, ‘We’re going to give this to our transgenic mice,’” Gabizon told ISRAEL21c in an interview in 2018.

Normally, oils don’t get past the liver. To make the pomegranate seed oil bioavailable to the brain, Gabizon turned to nanotechnology expert Shlomo Magdassi of Hebrew University’s Casali Center for Applied Chemistry. Magdassi met that challenge by breaking the oil down into nanodrops that travel easily through the bloodstream.

The formula’s preventive effects in Gabizon’s mice so impressed Magdassi and Gabizon that they’ve both taken it for the past four years as a general wellbeing tonic.

In late 2016, the two scientists cofounded Granalix Biotechnologies to market the formulation as a food supplement.

Made with punicic acid-rich pomegranate seed oil from Israeli sources, GranaGard is manufactured by Israel’s SupHerb as a soft gelcap. The product is sold worldwide through the Granalix website, through distributors in South America and Europe, and in select Israeli pharmacies.