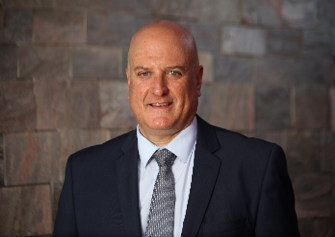 Dr. David Govrin has worked as an Israeli Diplomat since 1989. He served as the Israeli Ambassador to the Arab Republic of Egypt between 2016 -2019.

Ambassador Govrin worked as the First Secretary at the Israeli Embassy in Egypt (1994-1997) and as a Political Counselor in the Permanent Mission of Israel to the United Nations in NY (2000-2004).

In addition, he has served in a variety of positions in the Israeli Ministry of Foreign Affairs in Jerusalem, including that of Head of the Jordanian Department and Head of Department in the Ministry’s Planning Bureau.

Ambassador Govrin holds a PhD from the School of Middle Eastern and Islamic Studies at the Hebrew University of Jerusalem, and is also a Research Fellow at the Truman Institute.

Ambassador Govrin published Op-eds in the Israeli press and articles in periodical regarding Middle East issues.

His book, The Journey to The Arab Spring: The Ideological Roots of the Middle East Upheaval in Arab Liberal Thought was published in 2014 by Valentine Mitchel, London and in Hebrew by Magnes in 2016.