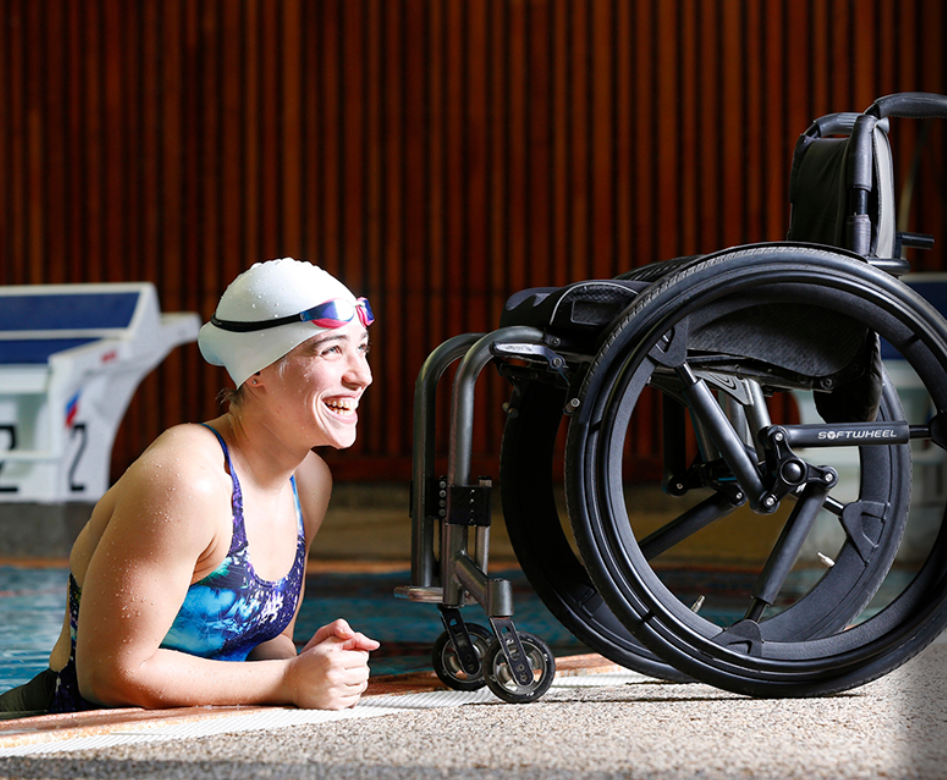 SoftWheel Ltd. was founded by chief executive Daniel Barel, a Hebrew University graduate who set out to design a better wheelchair and relieve the back pain experienced by millions worldwide.

“At first, we experimented with the wheelchair frame and failed miserably,” said Mr. Barel.  “As a last resort, we turned to the wheel and incorporated a critical element—suspension—and were successful.”

SoftWheel created a wheel with three suspension arms inside the rim. Rigid like spokes, the arms compress automatically and absorb shocks from any direction.

In August, SoftWheel signed a contract to make wheelchairs available to the U.S. Department of Veteran Affairs. The company also created a wheel for bicycles that it will roll out next year.

“Wheelchair riders report that our technology has improved their daily lives and made a difference in their ability to be more independent,” said Tzipora Lubarr, Director of Marketing.

Longer-term, SoftWheel believes its designs are equally well-suited for automobiles.

Last month, SoftWheel negotiated a $25 million investment round with leading automotive companies, including $6 million from Musashi Seimitsu, the Japanese car parts manufacturer. The company, partly owned by Honda, will partner with SoftWheel to develop the technology.

Mr. Barel earned a degree in Economics in 2004 from the Hebrew University of Jerusalem, where he says he learned skills of deduction, crucial for entrepreneurs trying to create solutions for problems.

“As the CEO of a startup, you are on one hand changing the world,” said Mr. Barel. “On the other hand, everyone is telling you it can’t be done—you need to deduce and connect the dots.”