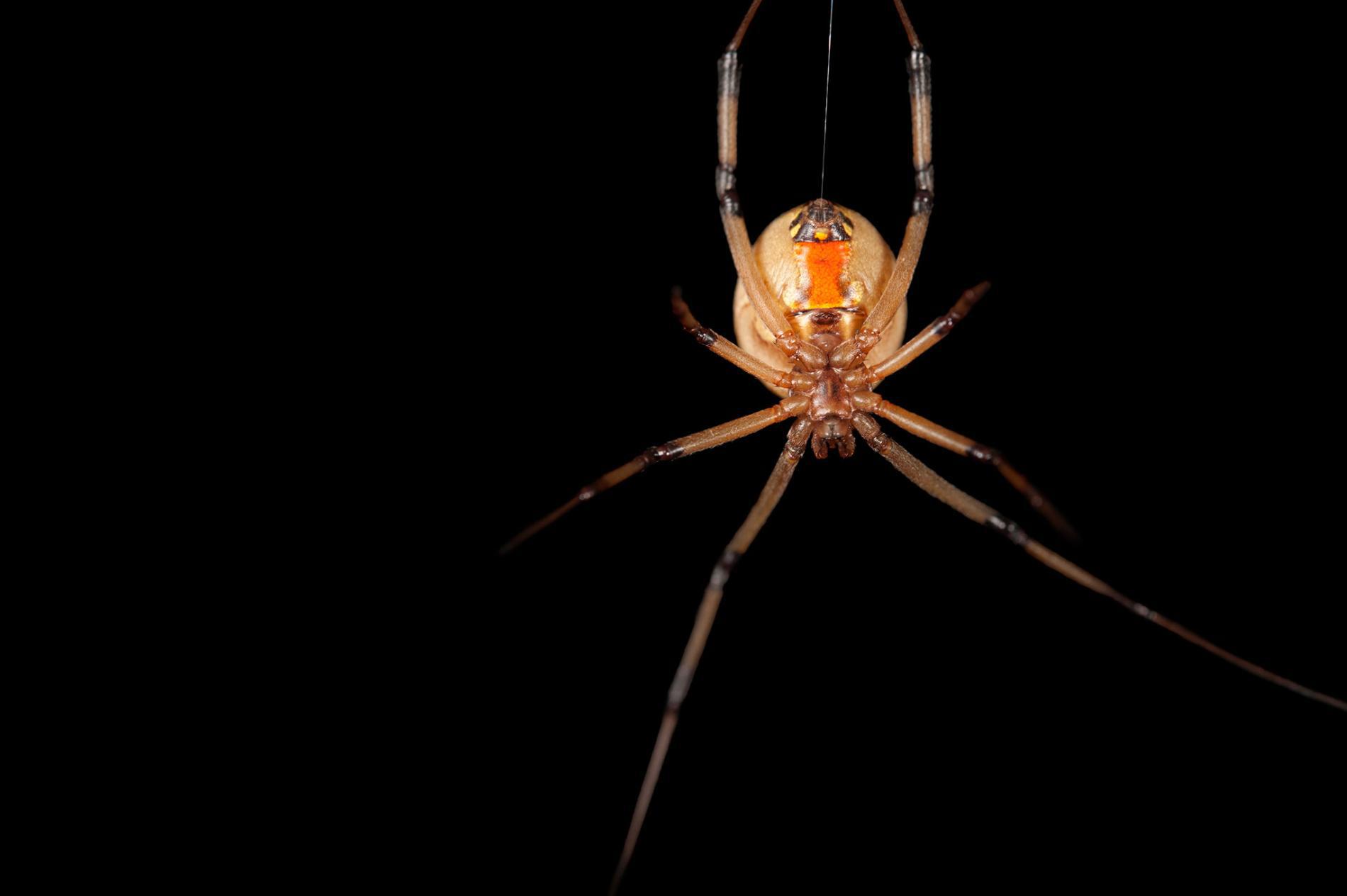 On paper, younger females are the better option—they don’t demand a lengthy courtship and they’re more fertile than their older counterparts. They are also much less likely to eat their mates alive. (Read more about how male widows avoid becoming lunch.)

Yet when given a choice, male brown widow spiders opt for older females, according to new research published in Animal Behaviour.

“We thought that we would find some benefit that the males have in mating with older females,” says study co-author Shevy Waner, a graduate student at the Hebrew University of Jerusalem. “But so far we really don’t understand why that’s their choice.”

But they have a theory: That mature females release more pheromones, which apparently trick younger males into mating with them.

“The older she is, she’s probably more desperate,” Waner says.

Widow spiders get their names because the females are known for cannibalizing their much smaller mates.

But a few years back, researchers found that brown widow spiders could mate with subadults—adolescent spiders on the brink of adulthood—that wouldn’t eat them afterward. (See 10 beautiful photos that will make you love spiders.)

“In this case the benefit is huge; he can mate with other females again, and again and again,” says Ally Harari, a professor at Israel’s Agricultural Research Organization, who oversaw the research team.

Given the short timeframe during which males can mate with adolescents before they become adults, adolescent females can be hard to track down in the wild.

So, the researchers wanted to see what would happen when males had the option placed right in front of them.

In one part of the study, a total of nine adolescent, young adult, and older adult females captured from playgrounds in central Israel were evenly spread out in a greenhouse.

The researchers then placed 11 male virgins in the middle, and came back every 45 minutes on three separate occasions to observe them. “It wasn’t hard at all to find them,” says Waner. “Almost always they were all fighting over the older females.” (Read how some kinky spiders tie up their lovers to avoid being eaten.)

In another part of the study, they compared courting behavior by placing virgin males one-on-one with adolescent, young adult, and older adult females.

While males mated with 100 percent of the older adults, they mated with less than half of the adolescents.

PLAYING HARD TO GET

Not only were they more likely to be devoured, but the males also had to work much harder to court the older spiders.

“With the subadult, he doesn’t court almost at all,” says Waner. “He’s around her for a bit, and he mates almost immediately.”

Meet a spider that spins webs of gold silk. Golden orb spiders are known for the impressive webs they weave — producing silk five times stronger than steel and more flexible than cotton.

Matt Persons, an arachnologist at Susquehanna University who has studied mating strategies in wolf spiders, found the results fascinating.

“One of the things that interests me is the fact that there’s males that are apparently doing something that’s maladaptive, or at least not an optimal strategy, by mating with these older females,” he says.

He agrees with Harari and colleagues that pheromones might be the reason behind the males’ seemingly irrational mate preferences.

“There’s a tendency to think of female sex pheromones as something that they’re just kind of producing all the time, and that it doesn’t vary,” says Persons.

“But this study suggests that females are changing their pheromone production, perhaps in a way to increase their mating success if they’re old and not mated yet.” (Also see: “Surprise! Male Spiders Eat Females, Too.”)

In a future study, Harari hopes to measure pheromone levels in both adolescents and older adults to see if that can explain the males’ suicidal preference for older lady spiders.